Home
Stocks
Calming of trade tensions will benefit investors, says IHG executive at Davos
Prev Article Next Article
This post was originally published on this site 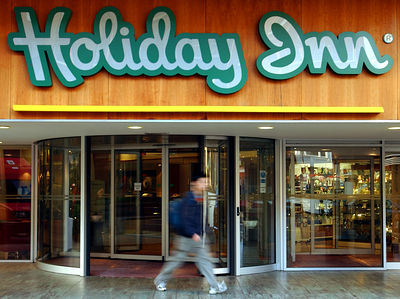 The resolution of trade disputes in China and Mexico will boost business for one of the world’s biggest hotel group, Holiday Inn owner InterContinental Hotels Group IHG, -2.19%.

Elie Maalouf, chief executive of IHG’s Americas region, told MarketWatch that investors can expect to see a benefit from the calming of trade tensions.

“We started to see some clarity and with that certainty, and we think that’s good for business,” he said. “Business and industry prefer certainty to uncertainty. The uncertainty over a period of time was something we were looking to overcome. With the recent agreements, one on the U.S.-China front and now on the U.S.-Canada-Mexico front, we see those tensions moderating, clarity is emerging, we also see clarity in the U.K. with resolution on Brexit.”

The group, which also owns the InterContinental brand, Hotel Indigo and Staybridge Suites, has about 865,000 guest rooms and 5,800 hotels in nearly 100 countries. It makes around 60% of its sales in America.

Speaking at the World Economic Forum in Davos, Maalouf also said: “Every year there is something that creates uncertainty. We are well equipped to operate in an environment that will always have a level of uncertainty. That’s what makes us resilient.”