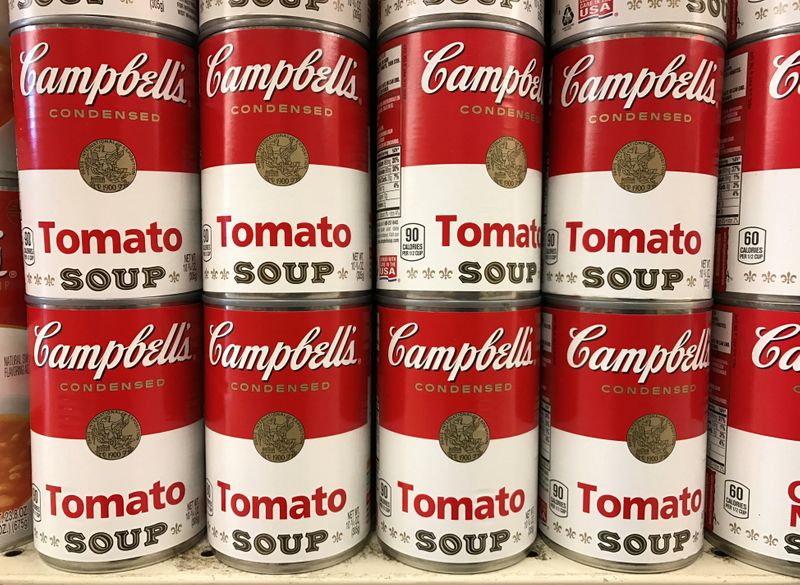 (Reuters) – Campbell Soup Co (N:) on Wednesday raised its fiscal full-year earnings forecast and posted better-than-expected quarterly profit and sales due to strong demand for soups and snacks, and its shares rose 5% in early trade.

The 150-year-old company has sought to revitalize its canned soup business, rolling out new recipes, eliminating preservatives and amping up marketing to lure back health-conscious customers who favor freshly-made salads and sandwiches.

Campbell’s investments drove higher demand for condensed soups and broths in the quarter, boosting sales at its U.S. soup unit by 1%.

“We showed marked improvement and executed well in what was the most important quarter for soup,” Chief Executive Officer Mark Clouse said on a post-earnings call. Campbell’s stock has gained about 24% since late 2018 when Clouse was hired to turn the company around in the wake of a prolonged proxy battle with hedge fund Third Point LLC.

Campbell sold its fresh food and certain international snack brands last year so it could focus on growing its U.S. soup and snacks businesses. The company said the divestments helped it reduce debt and it now expects fiscal 2020 adjusted earnings of $2.55 to $2.60 per share because of lower adjusted net interest costs. Campbell’s new forecast is 5 cents more than previous guidance.

Net earnings attributable to the company was $1.21 billion, compared to a loss of $59 million a year earlier. Excluding one-time items, the company earned 72 cents per share, beating analysts’ expectation of 66 cents, according to IBES data from Refinitiv.