Home
Stocks
Cannabis Watch: From cash to ash: Pot companies have just months to live on average, study finds
Prev Article Next Article
This post was originally published on this site 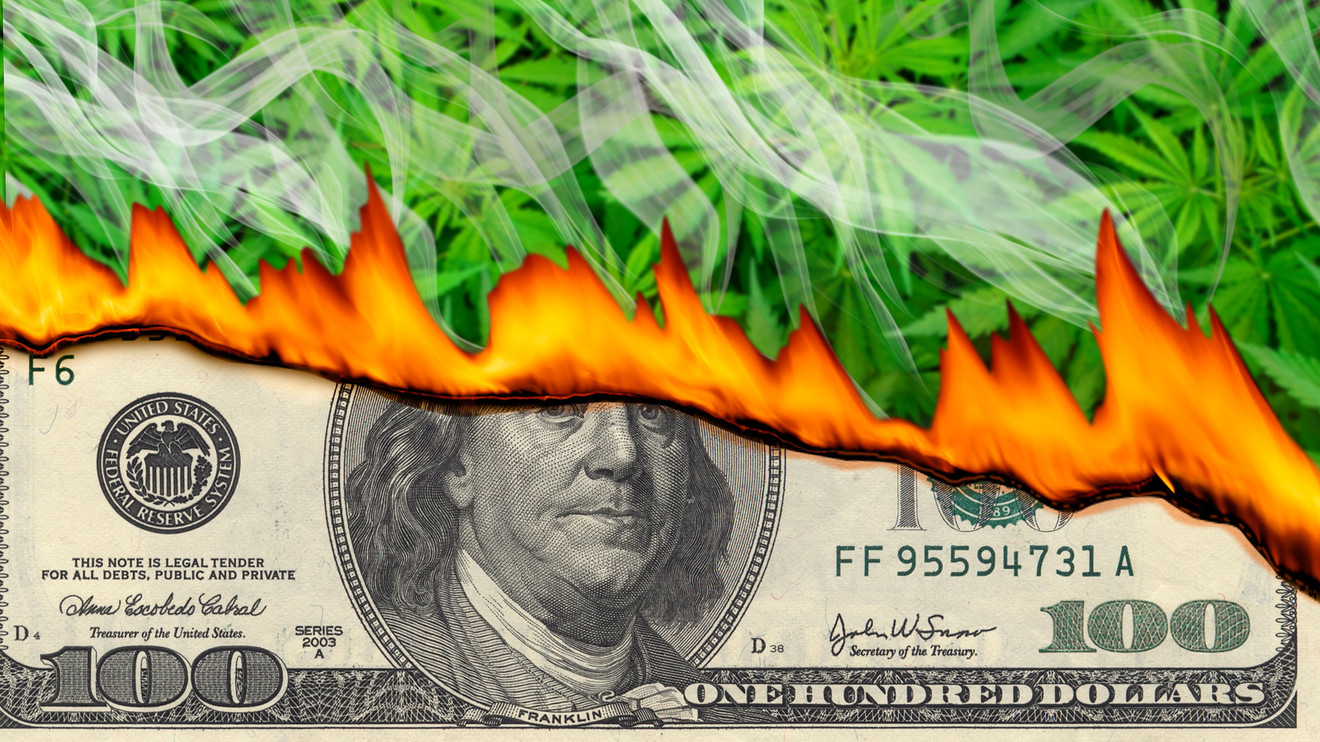 The largest Canadian marijuana companies have less than a year’s worth of cash left on average, and their U.S. counterparts aren’t faring much better, according to a new study.

Canadian companies have, on average, enough cash on hand to operate for six and a half more months, according to an analysis released Tuesday by Ello Capital, while U.S. weed companies typically have about 14 months of cash. Ello examined company filings, other public statements and market data to determine how many months of liquidity remained for 13 of the largest U.S. weed companies by market value and seven from Canada.

Two of the largest Canadian names are on pace to run out of money within the next 12 months, according to Ello. Aurora Cannabis Inc. ACB, -8.24% ACB, -7.96%  has just more than two months of cash remaining in its war chest, according to the analysis, and Canopy Growth Corp. CGC, -2.95% WEED, -2.83%  slightly less than eight months of cash, with about $833 million remaining, the report said. Previously, Constellation Brands Inc. STZ, +0.24% invested $4 billion in the Canadian weed producer.

A Canopy spokesman said that the company thinks its cash position should be evaluated based on the total cash, cash equivalents and marketable securities — such as U.S. and Canadian government debt — which amounts to $2 billion. An Aurora spokeswoman said that the company issued a statement Thursday discussing its cash position, at the same time as it announced the departure of Chief Executive Terry Booth. Aurora said it has a consolidated cash position of C$156 million ($117.5 million).

Among U.S. cannabis names, Green Growth Brands Inc. GGB, -13.43% GGBXF, -14.16%  is in the most precarious position with less than a month’s worth of liquidity available to it, according to the analysis. MedMen Enterprises Inc. MMNFF, -5.21% MMEN, -3.92% , which MarketWatch reported recently was offering shares in exchange for cannabis to stock its shelves, has half a year’s worth of cash remaining, while Harvest Health & Recreation Inc. HARV, -5.35% HRVSF, -5.97%   has just more than nine months of available liquidity, according to the report. MedMen and Harvest Health did not respond to requests for comment.

“The entire sector is experiencing a considerable cash crunch,” a Green Growth spokeswoman wrote in an email. “Like many of our peers, we are closely monitoring capital and are working with key investors to secure additional funding.”

The cannabis sector’s cash crunch has arrived as pot companies struggle to find profit or huge revenue growth that was promised amid a rush of investment surrounding the legalization of recreational marijuana in Canada and a growing number of U.S. states. As the companies have struggled, they have lost more than half of their market value in the past year, and few investors seem willing to stake them more cash.

See also: All the excuses cannabis companies are making for an ugly crop of earnings

“These companies are in a liquidity crunch, they’re all needing capital,” Ello Capital Chief Executive Hershel Gerson said in a phone interview with MarketWatch. “There are two ways to solve for it — raise new capital, or you can shut off capital expenditures and growth and operate your company in a cash-flow-positive manner.”

Raising new capital has become more difficult. According to data from Viridian Capital Advisors, which tracks cannabis capital raises, the slowdown began in March 2019 and financing cratered by the last two months of 2019. Overall, capital raises for public and closely held weed companies fell 20.3% in 2019 from 2018, for a total of $11.3 billion.

Ello, a boutique investment bank that caters to the cannabis sector, concluded that “access to capital remains the biggest challenge for operators in the cannabis industry” and that regulations in both Canada and the U.S. have hindered the sector’s growth.