Home
Stocks
Capitol Report: Bernie Sanders is struggling with these crucial voters and that could be his undoing
Prev Article Next Article
This post was originally published on this site 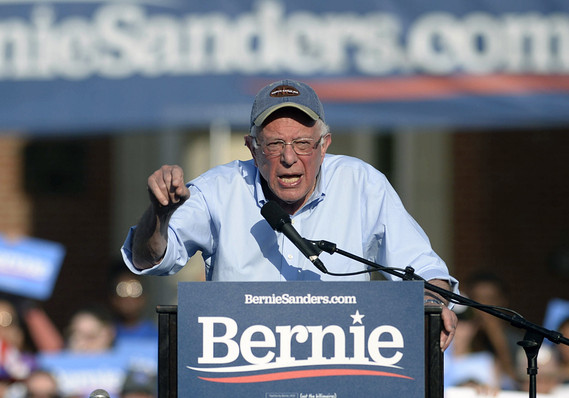 Sen. Bernie Sanders, I-Vt., has to expand his voting coalition — and quickly — to avoid being swamped by a newly resurgent Joe Biden. The former vice president has reestablished himself as the the frontrunner for the Democratic presidential nomination.

A majority of Democrats support a government-run health care and think college tuition should be free, but they overwhelmingly backed the less liberal candidate to be their party’s presidential candidate on Super Tuesday for one simple reason: They think Joe Biden is best positioned to beat Donald Trump.

Sanders won the youth vote in every state, often by huge margins, and he was the preferred candidate of “very liberal” voters. He also piled up a big advantage in Hispanic support in California and Texas.

The problem is, the emerging Biden coalition is bigger than the one Sen. Sanders has stitched together.

Just as they did four years ago, African-Americans have almost single-handedly turned the tide in the Democratic primary. They revived Biden’s campaign by delivering him huge voting margins in South Carolina, North Carolina, Virginia and Texas.

Blacks also represent a large chunk of the vote in upcoming states such as Michigan, Missouri and Georgia.

The single biggest voting bloc by age, what’s more, are those between the ages of 45 to 64. Biden scored an almost two-to-one advantage in every Super Tuesday state save for Vermont and Colorado.

By contrast, young people between the ages of 18 to 29 represent the smallest bloc of voters by age. Similarly, “very liberal” Democrats account for no more than one-fourth of all the party’s primary election voters.

Sanders has had surprisingly strong success with Hispanic voters, but they won’t be a big factor moving foward. The largest concentration remaining are in Florida, but Sanders trails well behind Biden in the most recent state poll.

Sanders had been counting on working-class whites, many who live in rural areas or lack college degrees, to help propel him toward the Democratic nomination. Yet Biden more than held his own with both groups on Super Tuesday.

Biden won the rural vote in Alabama, Minnesota, North Carolina, Oklahoma, Tennessee and Virginia and just lost narrowly in Maine. And he and Sanders basically split the vote among whites without college degrees.

The dwindling ranks of Democratic candidates has also given Biden an enormous boost. Among those who decided in the past few days, Biden captured two to three times as many votes as Sanders.

By and large, it all came down to one thing. Nearly two-thirds of Democrats said the party should nominate someone who can beat President Donald Trump — and they backed Biden by a roughly two-to-one margin.