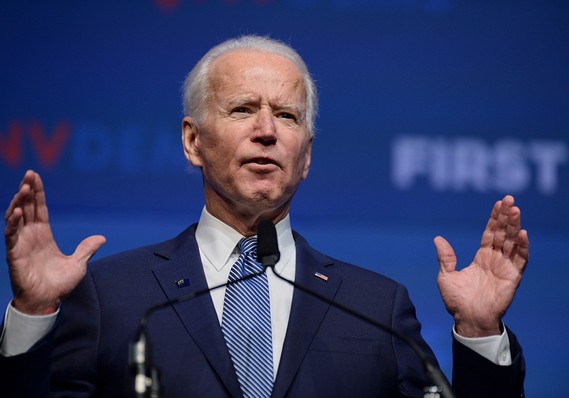 Fourteen states are voting on the biggest day of the nominating calendar to date, and returns will continue to roll in past 11 p.m. Eastern, when California’s polls close.

Tuesday’s contests come as moderate Democrats were rallying around former Vice President Biden following his decisive win in Saturday’s South Carolina primary. Billionaire former New York Mayor Mike Bloomberg is on the ballot for the first time Tuesday, and has staked his campaign on winning states tonight after skipping early contests. Massachusetts Sen. Elizabeth Warren’s campaign could be on the line Tuesday after winning no primaries so far.

Read: How Mike Bloomberg is dominating in Super Tuesday advertising — in one chart.

Polls closed after stocks DJIA, -2.94% see-sawed in a wild trading session following a surprise half-point interest-rate cut by the Federal Reserve that was aimed at cushioning the economy from fallout related to the spread of the coronavirus.

Amid the market gyrations, President Donald Trump again suggested that the “Democratic establishment” is trying to undermine Sanders’ chance of winning the nomination but said Biden was “looking better.”

Virginia offers one of the biggest delegate hauls of the night, with 99, while Vermont has 16 delegates. North Carolina has 110 delegates to offer. Democrats’ delegates are awarded proportionally based on performance in each state.

Tuesday’s results should help establish a clear front-runner. But a protracted battle for delegates would heighten the chances of a contested convention, in which no candidate will win the required number of delegates on the first ballot at this summer’s convention in Milwaukee. The last time the Democrats’ convention went beyond the first ballot was 1952.

Now see: How Democrats could end up deadlocked on a presidential nominee for the first time in 68 years.

Biden’s victory in Saturday’s South Carolina primary buoyed the former vice president, who is offering a moderate alternative to self-described democratic socialist Sanders. Where Sanders proposes Medicare for All and eliminating private health-insurance plans, for example, Biden pledges to build on the Affordable Care Act, or Obamacare.

Bloomberg dominated his rivals in spending on Super Tuesday advertising, and his advantage with ads mirrors his overall big edge with money in the Democratic race. His self-funded campaign reported spending more than $400 million so far in the contest in the most recent round of financial disclosures, well ahead of the Sanders campaign’s outlay of about $123 million and Biden’s spending of just $63 million.

As the Associated Press wrote, it reflected deep concerns from the Democratic establishment that Sanders was positioned to seize a significant delegate lead from Tuesday’s contests.

Victor Reklaitis contributed to this report.