Home
Stocks
Capitol Report: Biden’s fundraising was improving before his Super Tuesday wins — and now Bloomberg’s money looks set to pour in
Prev Article Next Article
This post was originally published on this site 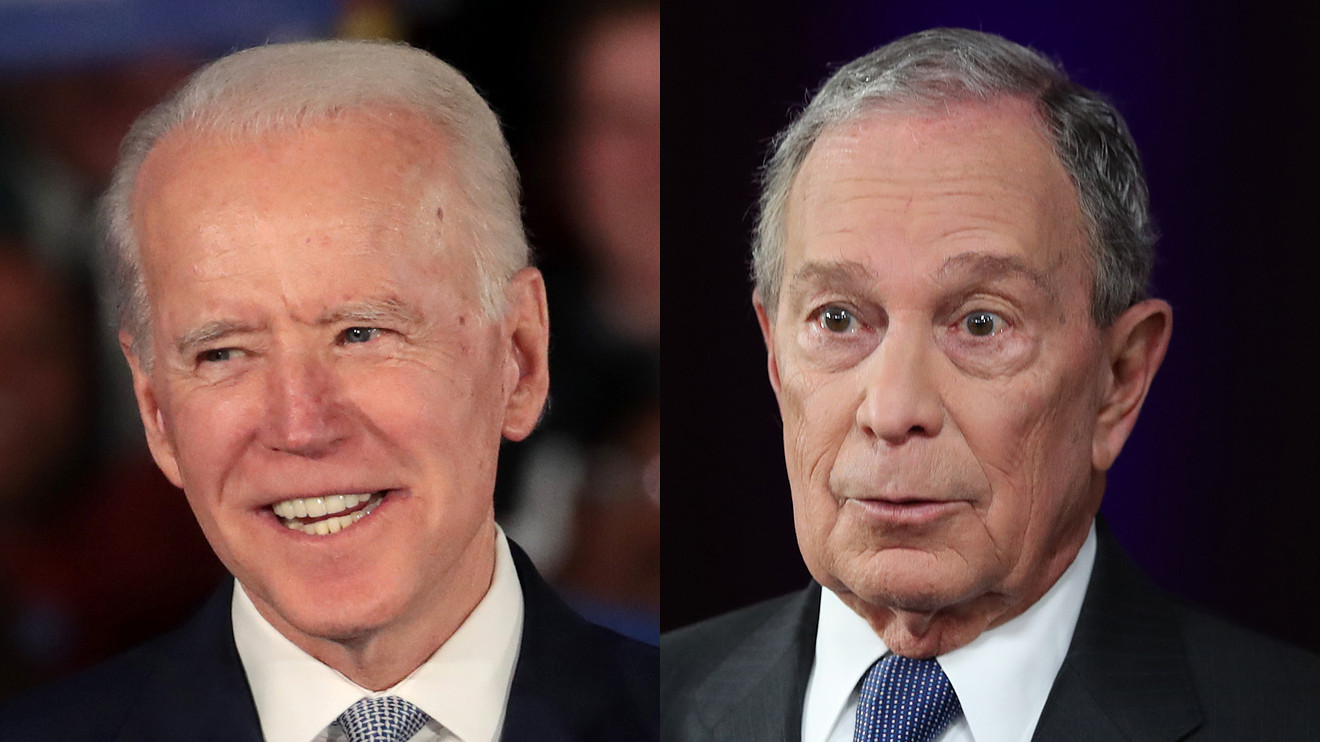 With Mike Bloomberg exiting the Democratic presidential race and endorsing Joe Biden, a key question now is how much of the big-spending billionaire’s money will go toward helping his former rival’s campaign.

In a statement on Wednesday announcing his exit after a disappointing Super Tuesday performance, Bloomberg said he “will work” to make Biden the next president, but he didn’t offer specifics on any planned donations. Earlier this year, the former New York mayor indicated that he expected to fund a sizable campaign operation to aid the Democratic presidential nominee even if he himself wasn’t the party’s 2020 pick. The Bloomberg campaign didn’t respond to a request for comment on Wednesday.

Individuals are allowed to give no more than a total of $5,600 to a presidential candidate’s principal campaign committee, donating up to $2,800 for a primary election and up to $2,800 for a general election. But joint fundraising committees with a national party can rake in six-figure donations, and individuals can give unlimited amounts to super PACs, which are meant to be independent political action committees that support particular candidates.

See:These are the basics of campaign finance in 2020 — in two handy charts

Bloomberg previously has donated tens of millions to the Independence USA PAC that backed Democratic House candidates in the 2018 election, and Biden’s supporters have set up a super PAC called Unite the Country that can accept unlimited amounts and that has spent at least $7 million backing him this year.

Bloomberg could pump his money into Independence USA or Unite the Country or both groups, said Michael Beckel, research director at campaign finance reform group Issue One. Wealthy Americans like Bloomberg also are “able to spend unlimited amounts of money on political ads that clearly show they are paid for with their own funds,” Beckel said. “So Michael Bloomberg could spend millions of dollars on ads that attack Republican Donald Trump or promote Democrat Joe Biden that say ‘Paid for by Michael Bloomberg’ on them.”

Bloomberg “has many options” if he aims to do more to “bankroll political ads in 2020,” Beckel added. “It would be shocking if he doesn’t continue to spend large sums this election cycle.”

When asked about how Bloomberg would help Biden, a Biden spokeswoman reportedly said Wednesday that “a lot of those details are still to be worked out.”

Bloomberg’s self-funded presidential campaign spent $224 million on Super Tuesday ads, according to Advertising Analytics data. He was recently showing a delegate haul of 53 from Tuesday’s primaries, according to a Wall Street Journal tracker, so that works out to about $4.2 million per Super Tuesday delegate.

Meanwhile, Biden and Unite the Country spent just $2.8 million on Super Tuesday ads as the former veep got 512 delegates to bring his delegate total to 566, putting their outlay at only about $5,400 per Super Tuesday delegate.

Read more:Money can’t buy you everything, as Bloomberg flops while low-spending Biden racks up victories

Overall, Kantar Media/CMAG has estimated that Bloomberg shelled out $560 million on ads alone since launching his campaign in November, and a Journal estimate put his total spending on his White House bid at $620 million. The most recent disclosures, which came Feb. 20 and covered financial activity as of Jan. 31, showed Bloomberg contributing $464 million to his campaign, while spending $409 million. The next disclosures, covering activity through Feb. 29, are due March 20.

Biden has trailed his main rivals in the money game for most of the past year, but he has showed improved fundraising in the first three days of March, with about $15 million reportedly raised in that period. That money came in after his decisive win on Saturday in South Carolina’s primary, but before his Super Tuesday victories.

That figure of $15 million is close to matching his fundraising haul for the entire month of February — $18 million. As of Jan. 31, Biden’s campaign had gotten about $70 million from supporters since launching, well behind the $122 million raised as of Jan. 31 by Vermont Sen. Bernie Sanders, who recently reported raking in $46.5 million in February.

Sanders, who has led the Democratic field in getting the most money from supporters, spent $17.7 million on Super Tuesday ads while getting 441 delegates to bring his delegate total to 501, putting his outlay at about $40,000 per Super Tuesday delegate.