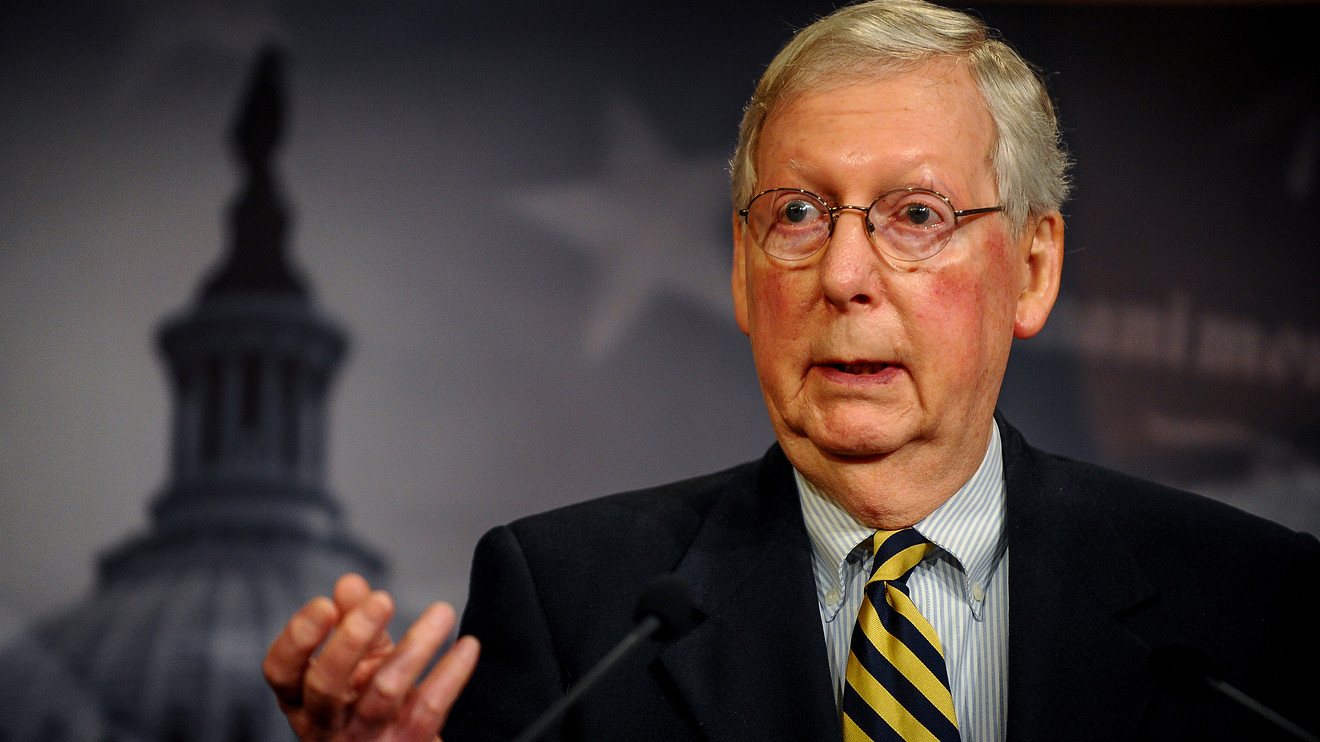 Brinksmanship over the coronavirus economic aid bill continued Sunday, as Democrats prevented it from moving forward on the Senate floor, but both sides agreed to keep talking.

The debate took on an added dimension as the failed procedural vote on the floor came as U.S. stock futures markets YMM20, -4.43%   opened sharply lower, allowing Republicans to try to pin the blame for the market drop on Democratic recalcitrance.

“The markets are already reacting to this outrageous nonsense. We have an obligation to the American people to deal with this emergency and to deal with it tomorrow,” Senate Majority Leader Mitch McConnell, R-Ky., said on the Senate floor after the 47-47 procedural vote. To move forward, Republicans needed 60 votes.

The measure would have sent checks to all Americans, increased unemployment insurance and set up a novel plan using the Federal Reserve to make loans to companies hurt as economic activity across the country shuts down.

Despite the dramatic vote, the timing of which was set by McConnell, both sides were still in negotiating mode. McConnell noted he reserved the right to call for what would effectively be a re-vote at a later time of his choosing.

And Senate Democratic Leader Chuck Schumer, D-N.Y., said, “The bipartisan negotiations on this package continue, even as we speak.”

As the vote got underway, Eric Ueland, the White House’s legislative affairs director, told reporters: “Once this vote is over, we’ll continue to work with Democrats and Republicans on the package in an effort to finalize it tonight.”

For Democrats, one of the main sticking points has been the hundreds of billions of dollars the bill would provide as relief for industries affected by the coronavirus outbreak.

“That is a significant issue.Spending $500 billion without transparency oversight and accountability is a major challenge,” said Sen. Chris Coons, D-Del.

Schumer called it a “large corporate bailout with no protections for workers and virtually no oversight.”

McConnell took aim at House Speaker Nancy Pelosi’s role in the talks. Pelosi, D-Calif., had threatened to offer her own bill for the House to consider unless changes were made in the Senate bill under negotiation. That would slow things down well past the self-imposed Monday deadline that the White House has been targeting for action.

McConnell told reporters after the vote, “We were doing a good job of coming together until this morning,” he said, when McConnell met with Pelosi and Schumer.

Jonathan Nicholson is a Washington-based journalist who has covered economic and fiscal policy for more than 20 years.