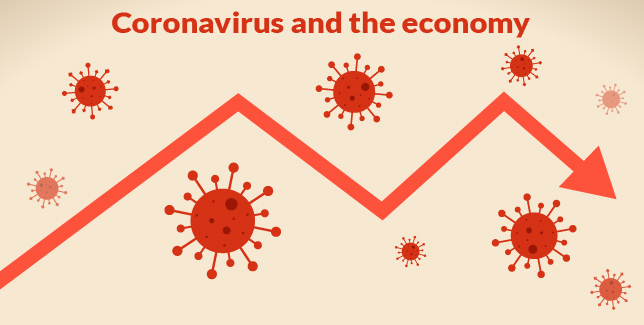 How badly is the coronavirus damaging the global economy? How much is the resulting COVID-19 illness hurting U.S. businesses and consumers? Here’s an ongoing MarketWatch update on what the economic VIPs are saying.

• G-7 leaders plan to hold discussions Tuesday on how to limit the damage to the global economy from the coronavirus. The Group of Seven is composed of the U.S., U.K., Canada, France, Germany, Italy and Japan.

U.S. Treasury Secretary Steven Mnuchin and Federal Reserve Chairman Jerome Powell are slated to take part in the call before the U.S. stock market opens in the morning. Investors increasingly believe the Fed and other central banks will cut interest rates soon to help shore up growth.

• The Organization for Economic Cooperation and Development urged governments to act to prevent the first worldwide recession in more than a decade. The OECD cut its forecast for the global economy in 2020 to 2.4% growth from 2.9% — and that’s the best-case scenario.

• The IMF and World Bank also pledged to help countries, especially poorer ones, to combat the coronavirus with financial, health and other aid. The responses of the G-7, IMF and World Bank raise the odds of coordinated global action, potentially including joint rate cuts by central banks.

• Goldman Sachs has become even more pessimistic about growth prospects for the global and U.S. economies in 2020, saying the “situation has proven worse than we expected.”

The firm now says an interest-rate cut by the Federal Reserve in March “appears nearly certain.” Goldman Sachs projects a half-point cut. Many other forecasting firms have also projected that the Fed will cut rates soon.

Opinion: The Fed can’t spare the economy from the coronavirus , but it can ease the pain

• American manufacturers are barely growing as the coronavirus jams up global supply lines, restricts travel and introduces other bottlenecks, according to a new ISM survey of senior business executives. And the harm being done is in its early stages. Many executives see things getting worse before they get better.

Read: Consumers start to wake up to COVID-19 threat to the economy

• Economists say they are getting inundated with calls from clients asking them to assess the potential damage to the global economy and their investments. Yet economists don’t have the answers, either.

“In truth, any such estimate is almost worthless,” said Neil Shearing, group chief economist at Capital Economics. “That’s because the economic impact of any such event will be determined by a multitude of different factors that render any point forecast meaningless.” 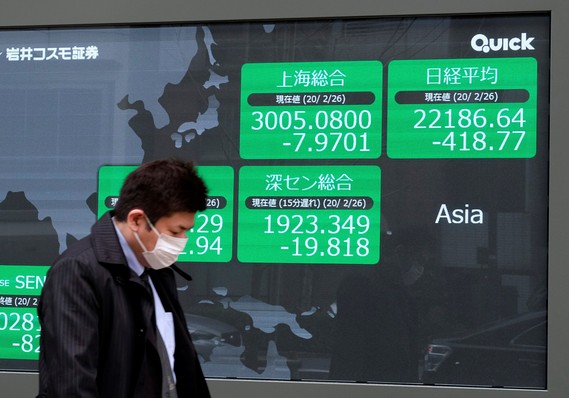 Stock markets around the world have tumbled in the face of the COVID-19 threat.

What should investors do, then? Focus on how the illness is spreading, “identify the countries and sectors which look most vulnerable” and put money elsewhere, he said.

• “Given how fluid the situation is, “this is a time for pencils with erasers, not pens,” said Bernard Baummohl, chief global economist at the Economic Outlook Group.

“Rarely has the international community been so singularly focused on a pathogen and the threat it poses to human beings and the global economy,” he went on. “It has now been more than three months since this disease surfaced in China’s Hubei Province –– and no yet one has a clue when it will be contained.”