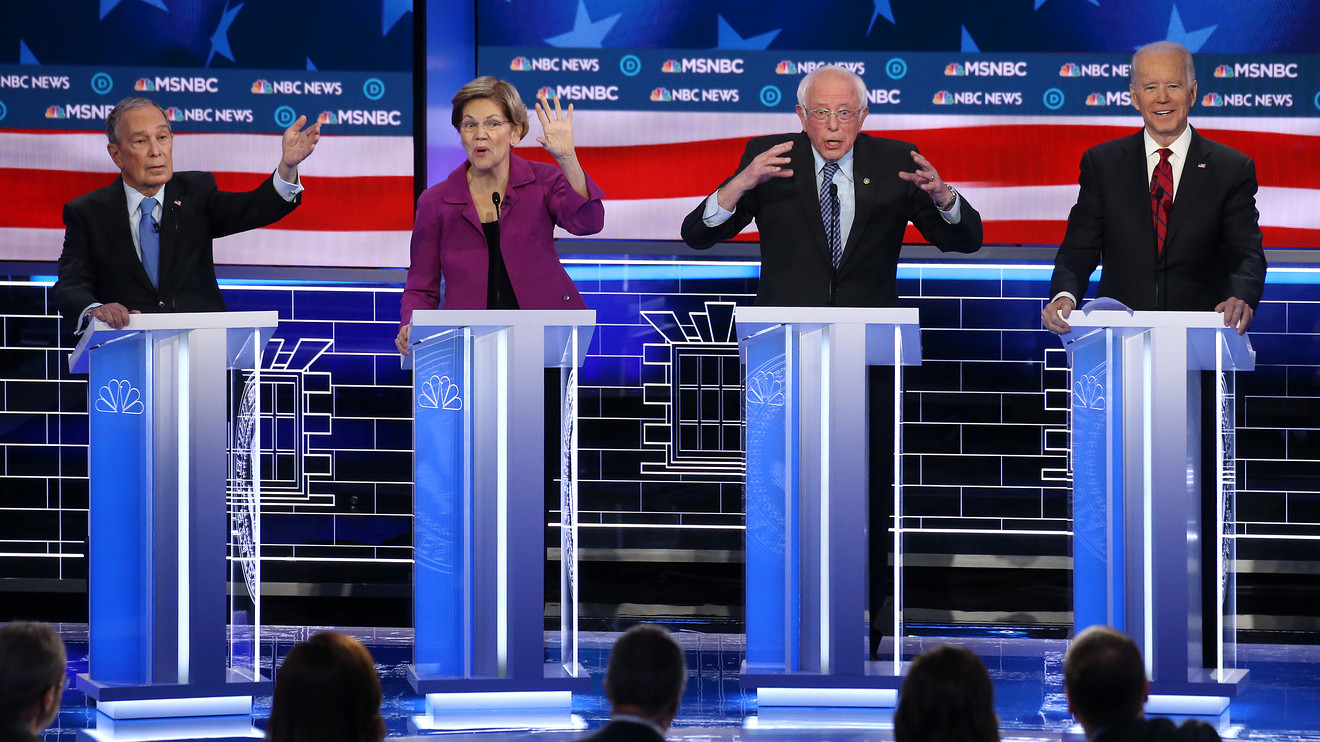 At Tuesday night’s Democratic presidential debate in South Carolina, both Mike Bloomberg and Bernie Sanders might as well be wearing bull’s eyes.

Bloomberg, who struggled to respond to his rivals’ critiques at last week’s debate, is “still going to be the target of a great deal of attack,” said Mitchell McKinney, a professor of political communication at the University of Missouri. “One thing that we’ll be watching is to see if he’s able to sort of fortify himself, develop more coherent responses.”

Other Democratic White House hopefuls can’t let the billionaire former New York mayor “off the mat” after piling on him a week ago because he’s “vying for the same votes as the non-Bernie [bloc],” said KBW analyst Brian Gardner in a note. Bloomberg, for his part, reportedly shifted his schedule Monday to build in more time for debate prep.

Meanwhile, Sanders “will have a target on his back” because the Vermonter, one of two Senate independents, is the clear front-runner after his bigger-than-expected win over the weekend in Nevada’s caucuses, Gardner added.

The self-described “democratic socialist” has the most delegates so far in the Democratic primary contest. In addition, he continues to lead his party’s 2020 field in donations from supporters, raking in $122 million as of Jan. 31, according to disclosures filed Thursday. Bloomberg’s self-funded campaign is dominating in spending, with an outlay above $400 million.

Related: Sanders says it’s unfair to say everything is bad in Cuba

It’s “getting late early” for Sanders’s Democratic rivals, said analysts at the University of Virginia’s Center for Politics, borrowing a Yogi Berra saying.

“This is not necessarily because Sanders is somehow now guaranteed to amass a pledged-delegate majority by the end of the nominating season, but rather because he may be able to start building a lead that, because of proportional allocation rules, no other single candidate can reasonably surpass during the nominating season,” the analysts wrote in a blog post on Monday.

However, another Yogi-ism — “It ain’t over till it’s over” — may be more fitting. Mizzou’s McKinney said that while pundits are saying “Bernie’s got it,” just a few days ago there were worries about a brokered convention after a long, contentious primary race.

“These pendulums shift too wide and too quickly in terms of some final assessment of what’s going to happen,” the professor said. “What I’m suggesting is we’ve got to be careful, because we’ve now reset this thing several times. We may likely reset it again.”

Seven Democrats have qualified for the debate in Charleston, up from six last week as Tom Steyer, the other self-funded billionaire trying for the Democratic Party’s presidential nomination, managed to make the cut. Bloomberg, Sanders and Steyer will be joined on stage by former Vice President Joe Biden; former South Bend, Ind., Mayor Pete Buttigieg; Sen. Amy Klobuchar of Minnesota; and Sen. Elizabeth Warren of Massachusetts.

In a RealClearPolitics moving average of South Carolina polls on Monday, Biden was leading with support of 24.5%, but Sanders, with 21.5% support, has been gaining on the ex–vice president in the Palmetto State. They’re followed by Steyer with 16.5%, Buttigieg with 10.8%, Warren with 9.5%, Klobuchar with 6.5% and Rep. Tulsi Gabbard of Hawaii with 1.8%. Bloomberg, a late entrant in the contest to take on President Donald Trump in November, isn’t on the ballot in South Carolina.

After not claiming much time in the spotlight in past debates, Steyer “might end up getting more attention from his fellow candidate as he’s apparently doing well in those [South Carolina] polls — well enough to perhaps be taking it away from some of the other centrists,” McKinney said.

Steyer, Klobuchar and other lower-tier contenders also could draw questions from their rivals or the debate’s moderators over whether they should drop out of the White House race at this stage, the professor said.