Home
Stocks
Capitol Report: Investors will ‘likely breathe a sigh of relief’ if Biden comes from behind to win in Iowa, analysts say
Prev Article Next Article
This post was originally published on this site 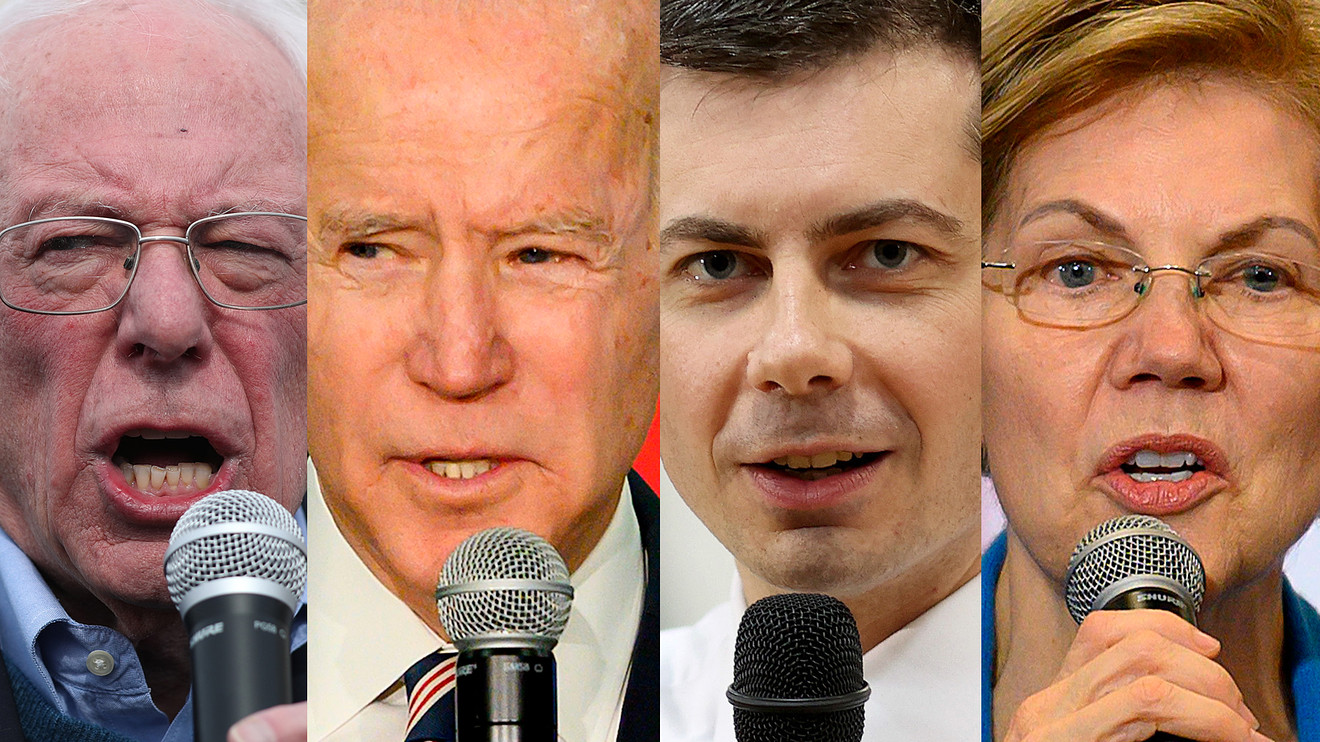 While analysts are warning about a potential drop for stocks if progressive 2020 Democrat Bernie Sanders wins Monday’s Iowa caucuses, that is not the only result that could move markets.

Investors will “likely breathe a sigh of relief” if Biden wins in Iowa, Height’s team said in a note. The analysts described the former veep as aiming to “carry the moderate wing’s banner through the fight” for the Democratic Party’s presidential nomination, while Sanders and Sen. Elizabeth Warren of Massachusetts lead the “populist/progressive wing.”

Echoing other analysts’ caution around a possible triumph for Sanders in Iowa, the Height analysts said investors “will likely react strongly to a Sanders win.” The Vermont senator has been leading in polls focused on the state as its first-in-the-nation caucuses take place Monday, though Biden isn’t far behind, followed by former South Bend, Ind., Mayor Pete Buttigieg in third and Warren in fourth. Biden also continues to lead in national polls.

Analysts have been suggesting that the Sanders campaign’s successes haven’t been priced in yet by investors.

“Markets have not reacted to Sen. Sanders’ rise in the polls the same way that markets reacted to Sen. Warren’s surge in the fall,” said KBW analyst Brian Gardner in a note.

“Part of the reason is that investors are discounting Sen. Sanders’ chance. Also, Sen. Sanders has not targeted private equity and Wall Street as precisely as Sen. Warren. However, we think both candidates view the sectors the same way.”

Another possible Iowa outcome is that Sanders and Biden both declare victory, said Height’s analysts, adding that would arise from the “multiple methods of counting votes.”

For the stock market, a split decision in Iowa that “leads to a Sanders win in New Hampshire should have the same practical effect as Sanders winning Iowa,” the analysts wrote, referring to New Hampshire’s primary on Feb. 11. That result would “raise serious questions about Biden” and open the door a little more for moderate Michael Bloomberg, the billionaire and former New York City mayor who is running a self-funded campaign that is not focused on the primary’s earliest states, they said.

Related: Democrats set to include Bloomberg in debates with change to qualifying requirements

If Buttigieg, Warren or another candidate wins in Iowa rather than Sanders or Biden, Height’s team said “who comes in second and third may matter more.” Whether it’s Sanders or Biden in third, that candidate would “face incredible pressure to rebound strongly in New Hampshire and Nevada.”

“A Warren victory would do far more to upset the current Biden-vs.-Sanders narrative, as she would have picked off voters from across the ideological spectrum to surprise everyone,” the analysts added. Other Democrats seeking to take on President Donald Trump in November include Sen. Amy Klobuchar of Minnesota, entrepreneur Andrew Yang, Sen. Michael Bennet of Colorado, Rep. Tulsi Gabbard of Hawaii and billionaire investor Tom Steyer.

Related: Here are the Democrats running for president

And see: Here are the dates for this year’s presidential primaries and caucuses

To be sure, a win in the Iowa caucuses doesn’t mean a victory in the overall primary contest. Former Midwestern lawmakers Dick Gephardt and Tom Harkin triumphed in Iowa in 1988 and 1992, respectively, but didn’t become the Democratic Party’s presidential nominee. On the Republican side, the last three Iowa victors — Ted Cruz in 2016, Rick Santorum in 2012 and Mike Huckabee in 2008 — all saw their White House campaigns go belly-up eventually.

But a victory in the state has been a good sign for Democrats in the past 20 years, as Al Gore, John Kerry, Barack Obama and Hillary Clinton all won there en route to securing their party’s nomination.