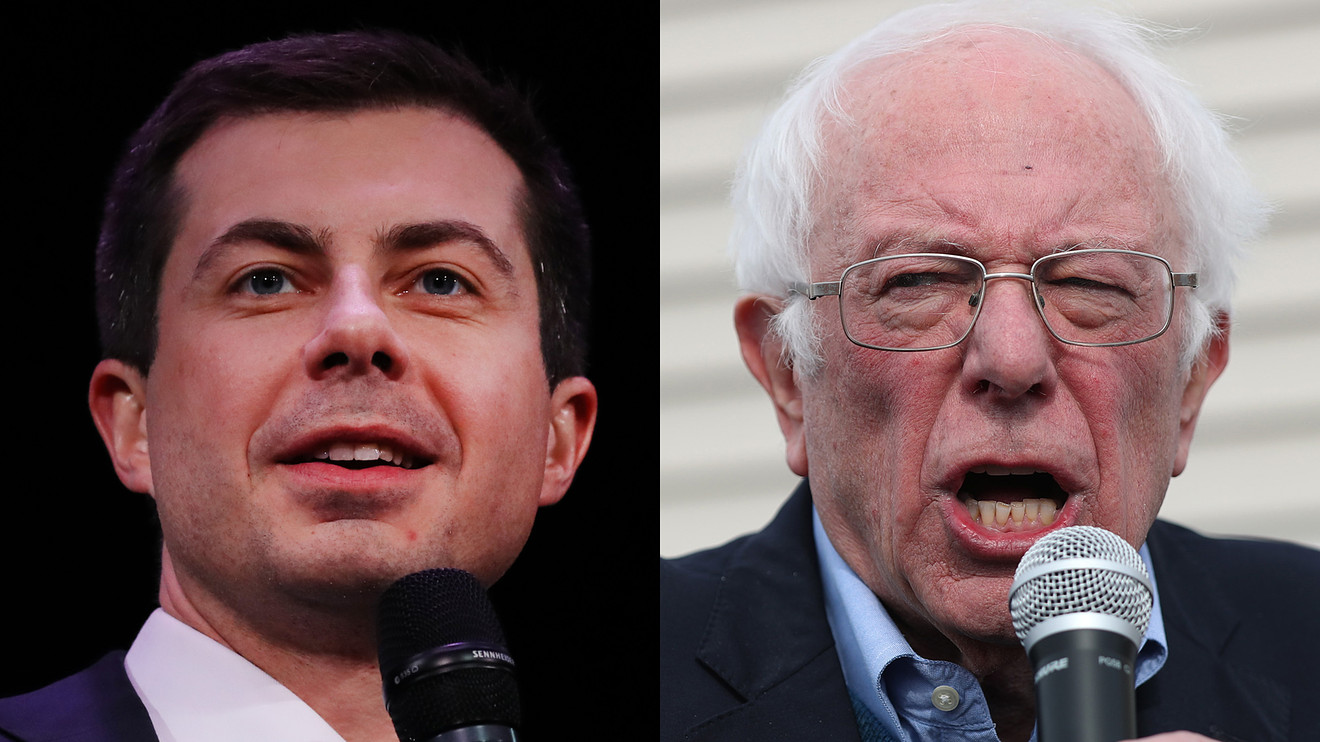 Democratic presidential hopefuls Pete Buttigieg and Bernie Sanders on Thursday remained in a tight race in Iowa’s presidential caucuses with 97% of precincts reporting, while the Democratic National Committee’s chairman called for a review given the problems in that state’s closely watched contest.

Technical difficulties have plagued the vote counting in the caucuses, which took place on Monday night and represented the Democratic Party’s first nominating contest of the 2020 White House race.

Buttigieg, the former mayor of South Bend, Ind., had 26.2% of the state delegate count, while Sanders, the Vermont senator, had 26.1%. They were followed by Sen. Elizabeth Warren of Massachusetts with 18.2%.

“In light of the problems that have emerged in the implementation of the delegate selection plan and in order to assure public confidence in the results, I am calling on the Iowa Democratic Party to immediately begin a recanvass,” Perez said on Twitter. “A recanvass is a review of the worksheets from each caucus site to ensure accuracy.”

Sanders on Thursday declared victory based on totals for the popular vote, rather than the state delegate count.

“We are now at a point, with some 97% of the precincts reporting, where our campaign is winning the popular initial vote by some 6,000 votes,” Sanders said in Manchester, N.H. “When 6,000 more people come out for you in an election than your nearest opponent, we here in northern New England call that a victory.”

Sanders also stressed that totals from the second round of voting gave him a lead of about 2,500 in the popular vote.

Buttigieg claimed victory on Monday night. “By all indications, we are going on to New Hampshire victorious,” the ex-mayor told supporters.

Former Vice President Joe Biden was in fourth place with 15.8%, in a disappointing development for the longtime Democratic Party fixture. His campaign has played down the importance of winning Iowa or New Hampshire’s primary, saying his prospects are better in later states including Nevada and South Carolina.

Analysts said Biden may have benefited from the delayed Iowa results, while Buttigieg may have been hurt the most, as the former mayor has lost out on some media attention and the “opportunity for a key breakout moment.” Ahead of Monday’s voting, Sanders was in the lead in Iowa polls, followed by Biden, Buttigieg and Warren.

Iowa voters were focused on health care XLV, +0.07%  and climate change as they caucused, according to entrance polls.

Sanders and Warren have backed a “Medicare for All” approach that doesn’t have a role for private insurers, while Biden, Buttigieg and Sen. Amy Klobuchar of Minnesota have supported private insurance.

The Democratic candidates are scheduled to debate in Manchester, N.H., on Friday night, before squaring off in the New Hampshire primary on Tuesday.