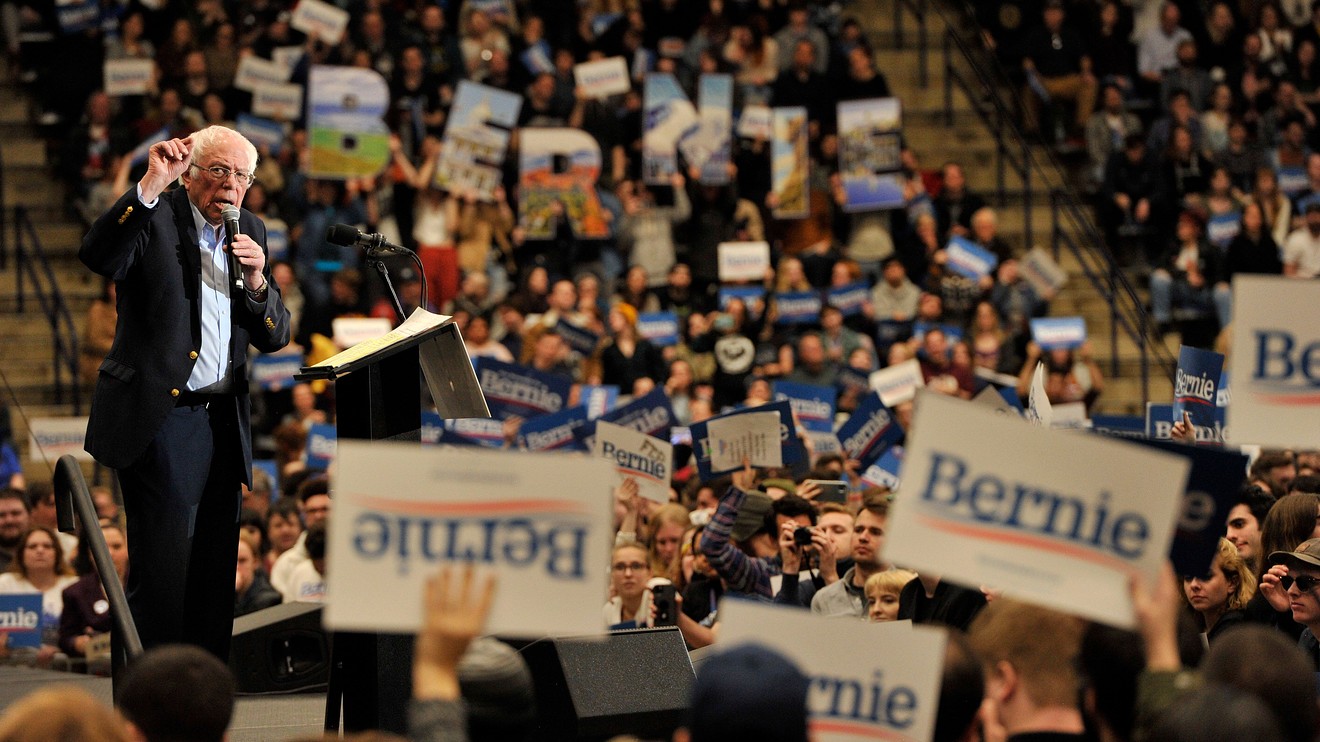 As New Hampshire Democrats vote Tuesday in the state’s first-in-the-nation presidential primary, not all Wall Street analysts are worried that progressive Bernie Sanders is leading in polls.

“The conventional wisdom has been that a Sanders surge would be bad for markets,” said Raymond James analysts in a note on Monday.

“However, the market seems to view the current state of affairs as a win-win-win scenario.”

As 2020 Democrats fight for the chance to take on President Donald Trump in November, the analysts described the three outcomes that would be good for the equity market SPX, +0.43% DJIA, +0.13%  as follows:

Win No. 1: “A Trump re-election is positive for stocks.”

Win No. 2: “A Sanders nomination/contested convention increases the likelihood of a Trump victory and potentially even an all-Republican government, also a positive for stocks.”

Win No. 3: “A moderate candidate emerging as the nominee … is also viewed as a win. Although Trump may lose going up against an established moderate candidate, it’s a comparatively positive result as the new president’s policies would not be outside the norm.”

The Raymond James team cautioned that the view they’re describing is “an oversimplification of the impacts,” but added that “at this point we do not want to fight the tape.”

“The building Sanders surge could produce the opposite reaction than the negative reaction initially anticipated (unless another macro event changes the narrative),” the analysts added.

Related: Bernie Sanders’ surge in the polls could hit the S&P 500, analysts warn

Sanders, the senator from Vermont, gets 28.7% support in a RealClearPolitics moving average of New Hampshire polls as of Tuesday, followed by former South Bend, Ind., Mayor Pete Buttigieg at 21.3% and Minnesota Sen. Amy Klobuchar at 11.7%. Former Vice President Joe Biden and Massachusetts Sen. Elizabeth Warren are tied for fourth at 11%, and no other contender is above 4%.

In the RealClearPolitics moving average of national polls, Sanders has taken the lead from Biden, getting 23.8% support vs. the former veep’s 19.8%. Warren gets 14%, billionaire former New York City Mayor Michael Bloomberg is at 13% and Buttigieg, 10.8%. No other contender is above 5%.

In last week’s first-in-the-nation Iowa caucuses, which were marred by technical problems and delays, Sanders declared victory as he led in the popular vote, but Buttigieg appeared to win in the delegate count.