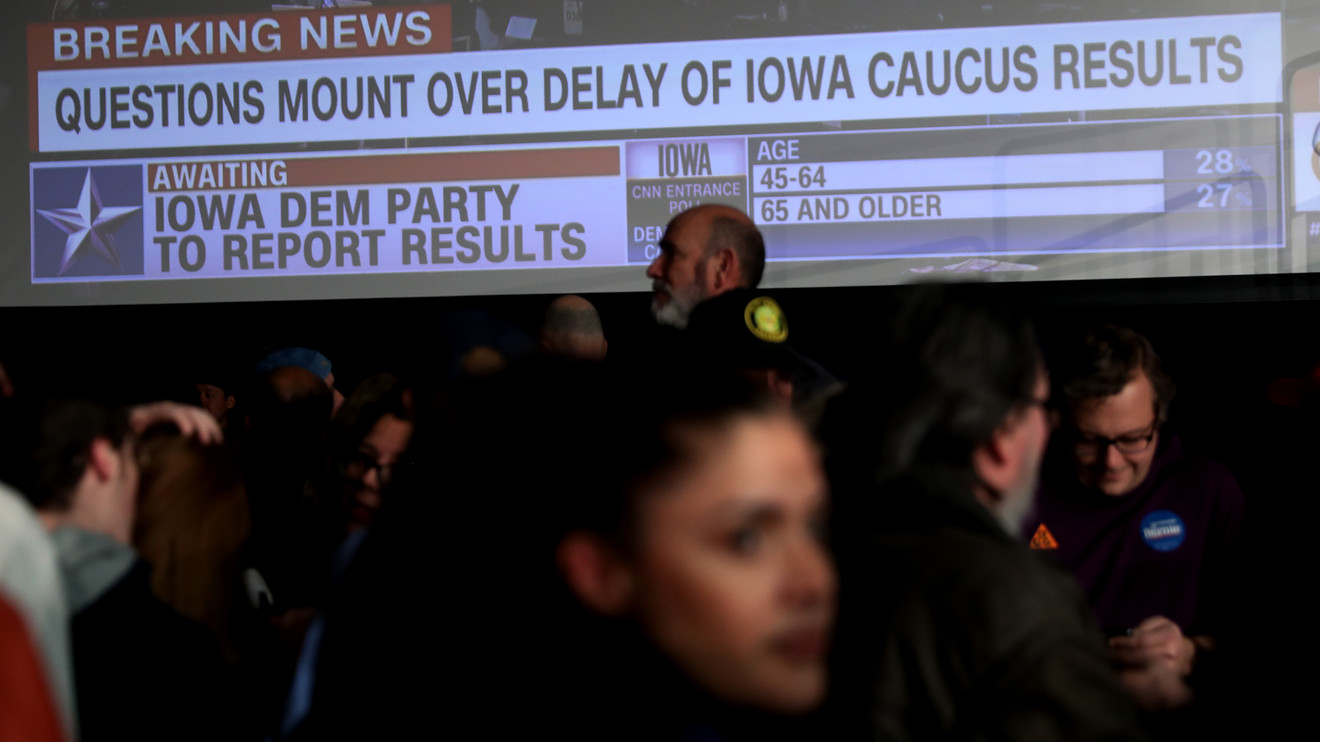 The results were delayed Monday night by what officials called “quality checks” related to new reporting rules, in an unforeseen wrinkle that clouded the party’s first 2020 nominating contest.

“As far as I’m concerned, the first contest will now be New Hampshire,” said Larry Sabato, director of the University of Virginia’s Center for Politics, in an email to MarketWatch. “Iowa has fumbled its chance.” Sabato tweeted that “loads of people will never believe the figures these Keystone Kops release.”

Multiple published reports linked former staff from Hillary Clinton’s 2016 campaign to an app that was designed to help with reporting the results in Iowa, but her ex-campaign manager, Robby Mook, tweeted that he didn’t know anything about the app and “had no role in it.”

Republican operatives seized on the foul-up, with a co-chair of Women For Trump, Madison Gesiotto, tweeting that “Democrats can’t even run their own #IowaCaucuses. Can they be trusted to run the country?”

“The true Iowa results may get lost in the news cycle,” said analysts at Beacon Policy Advisors in a note. The snafu “may most benefit Joe Biden, who appeared to be underperforming expectations, while Pete Buttigieg, who seemed in contention to win at least by some measures, misses an opportunity for a key breakout moment,” the Beacon analysts wrote.

Some experts stressed that Iowa may face a diminished role in U.S. politics in the future.

“The latest problems in Iowa, one of a series of caucus misfires, demonstrates that Iowa should not be at the front of the nomination calendar. The state’s status was already being questioned over the unrepresentative nature of the state’s population, and Monday’s troubles have made a bad situation for the caucus even worse,” said Stephen Farnsworth, a political science professor at the University of Mary Washington in Fredericksburg, Va., in an email to MarketWatch. “The story this morning is that Iowa can’t count, not that this candidate did well and this one did not.”

The Iowa caucuses had been expected to represent the first voter verdicts in the Democratic Party’s 2020 presidential primary. Ahead of Monday’s voting, Wall Street analysts warned about a potential drop for stocks if the progressive Sanders — who had been leading in recent Iowa polls — emerged as the victor, and they said the market SPX, +0.73% DJIA, +0.51% would feel supported if Biden triumphed.

New Hampshire voters will be in the spotlight next week, with the Granite State’s primary voting scheduled for Feb. 11. The Democratic Party’s field of White House hopefuls has contracted from its earlier size of more than two dozen, but as of late Monday there were still 11 Democrats seeking the party’s nod to take on President Donald Trump in November.

Trump was tapped as the winner in Iowa’s Republican Party caucuses early in the evening Monday. He is being challenged for the GOP nomination by Joe Walsh, a former congressman from Illinois, and William Weld, a former Massachusetts governor.

Read more: Here are the dates for this year’s presidential primaries and caucuses