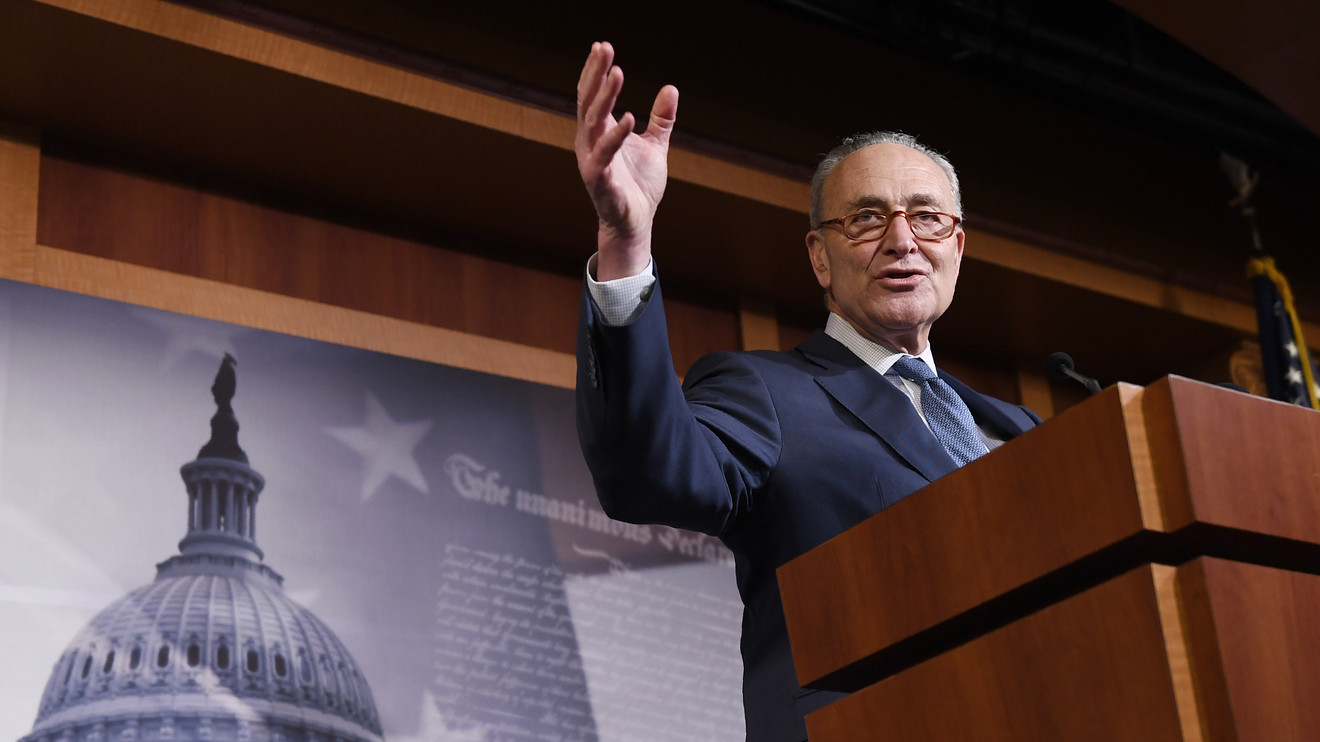 Senate Democratic leaders said Wednesday unveiled a $30 billion plan to fund an aggressive U.S. coronavirus testing regime they said needs to be in place before the shelter-in-place restrictions that stem from the pandemic can be lifted.

President Donald Trump is clearly chafing under the social distancing restrictions, saying he wants to give governors the green light to reopen their state economies prior to May 1. He said the governors would be responsible for testing. Business leaders told Trump in a conference call Wednesday that ramped up testing was the key to have people return to work, according to the Wall Street Journal.

The issue could come to a head soon as Democrats want to have a testing strategy added to a follow-on coronavirus aid bill.

“More than a month ago, President Trump proudly said ‘anybody that needs a test, gets a test.’ He was very, very wrong. A month later, our testing capacity is woefully inadequate to the crisis, much less to reopen our economy,” said Democratic Leader Chuck Schumer (D, N.Y.) in a conference call with reporters.

“We would very much like it to be part of the next covid package,” he said.

To get people back to work, Sen. Patty Murray (D, Wash.) said, “we need testing to be fast, free and everywhere.”

The plan unveiled by Schumer and other party leaders in the Senate calls for more testing faster with a quicker turnaround for test results and analysis. In addition to difficulty getting people tested, some governors have complained of long lag times in getting results, because of bottlenecks in supplies needed to do sample testing.

“If the president tries to hamhandedly bully or dupe states into reopening portions of the country and send people back to work prematurely or without appropriate testing in place, he could risk undoing all the progress we’ve made through social distancing towards fighting this pandemic,” he said.

Sen. Debbie Stabenow (D, Mich.) said the experience of South Korea, where the coronavirus was found at about the same time but where testing has been widely conducted and the number of infections minimized, was instructive.

U.S. stocks declined on Wednesday after economic data painted a grim picture of the health of the economy. The Dow Jones Industrial Average DJIA, -1.86% was down 445 points to close at 23,504.

• Jonathan Nicholson is a Washington based journalist who has covered economic and budget policy for more than 20 years.