Home
Stocks
Capitol Report: These are the basics of campaign finance in 2020 — in two handy charts
Prev Article Next Article
This post was originally published on this site 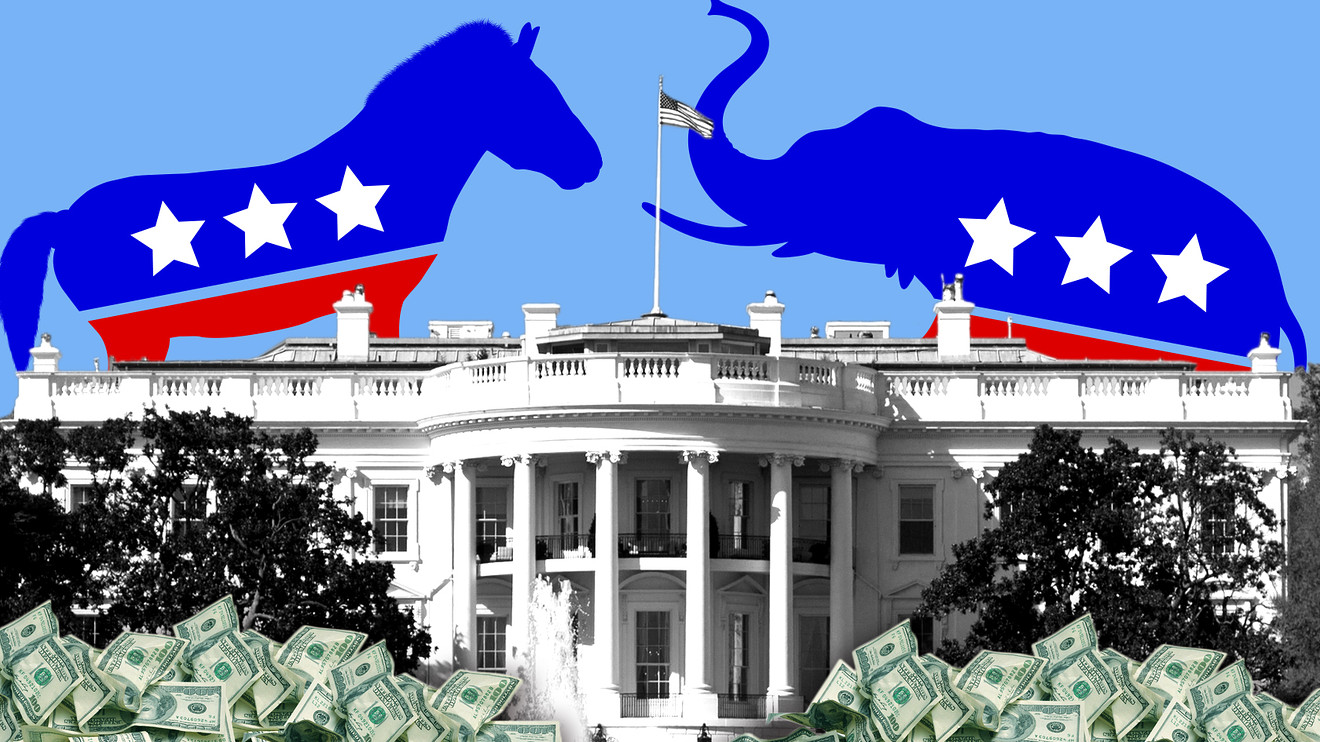 As President Donald Trump and the 2020 Democrats battle for the White House, their war chests will go a long way toward determining who comes out on top.

And their fundraising efforts are subject to some restrictions, as shown in the table below.

If you want to make a straightforward donation to a candidate’s main campaign committee, you can’t give more than $2,800, though it can total $5,600 if you contribute for both the primary and general elections. But you — and corporations and unions — can give unlimited amounts to “super PACs” that support particular candidates for the presidency or other federal offices, and there are donation options in between those two extremes.

“Any billionaire, any millionaire, any wealthy special-interest business executive, union leader, whatever your backing is — $5,600 is the most that you’re going to be able to donate to a candidate,” said Michael Beckel, research director at nonpartisan reform group Issue One. “Which is why the role of outside groups — like super PACs and dark-money groups that have no contribution limits — is so vital for people to understand.”

A super PAC is an independent political action committee that isn’t supposed to contribute directly to a candidate or coordinate with him or her. Dark money refers to election-related spending by groups that don’t disclose their donors, and it has become a growing force following the Supreme Court’s Citizens United ruling a decade ago, which struck down a ban on political spending by corporations. In the 2020 presidential race, the contenders that have super PACs supporting them include Trump and Democratic candidates Joe Biden, Deval Patrick and Andrew Yang.

A recent Issue One report said the campaigns of Republican and Democratic politicians for a range of offices often have worked in tandem with super PACs and dark-money groups even though such groups are legally required to be independent.

“It’s disturbingly common how frequently political operatives are pushing the boundaries,” Beckel said. “People election after election are finding new creative ways to skirt the rules and violate the spirit of the law, if not necessarily the letter of the law, and the [Federal Election Commission], unfortunately, has deadlocked on a number of these cases in the past decade.”

But so far, super PACs haven’t been particularly active in the Democratic primary process. Instead, the 2020 race has been unique for both the super-wealthy White House hopefuls who are involved and the number of small-donors who have given to other campaigns, according to Beckel.

“At the presidential level, we’re seeing an astonishing amount of money being raised and spent, in part because we’ve got two self-funding billionaires who are willing to spend heaps of their own money pursuing the Democratic nomination,” he said, referring to billionaire White House hopefuls Michael Bloomberg and Tom Steyer who face no limits on how much of their own money ends up pouring into their campaigns. Bloomberg stands out in particular for having spent $217 million on TV and digital ads so far, as that amounts to roughly three-quarters of the spending by all other campaigns combined, according to a recent Wall Street Journal report.

Meanwhile, Democratic presidential contenders Bernie Sanders and Elizabeth Warren have raised the bulk of their money from small-dollar donors, and Trump also has found success with those types of donors, Beckel added. Regular people “are being engaged on both sides of the aisle in the presidential race,” he said.

Sanders raised the most money in 2019 among the 2020 Democrats with a total of $96 million, while Trump’s campaign brought in $143 million.

Beyond the self-funded campaign and super PAC, campaign finance has other terms that are unique to the field, such as the joint fundraising committee.

Examples of joint fundraising groups are the Trump Victory Committee and the Trump Make America Great Again Committee (also known as T-Magic), which are combined efforts of Trump’s campaign and the Republican National Committee that can rake in six-figure donations. Trump Victory, thanks to working with state GOP groups, can accept as much as $580,600 a year from an individual donor, while “T-Magic” can get as much as $360,600 but is usually a small-dollar operation, a recent Washington Post report noted.

The table below defines some of the most commonly used words or phrases in campaign finance:

What about election losers and their money?

Politicians who flop in their races but still have leftover campaign funds are barred from using the money for personal expenses, but beyond that they have a lot of options. They can refund money to donors, make contributions to political allies, spend the residual cash on winding down campaign operations, donate to charity or spend leftover money on a different run for federal office.

See: What politicians can do with the money left over from their failed runs