Home
Stocks
Capitol Report: This is the ‘despicable’ ad that caused Obama to send a cease-and-desist letter to a group of Trump supporters
Prev Article Next Article
This post was originally published on this site 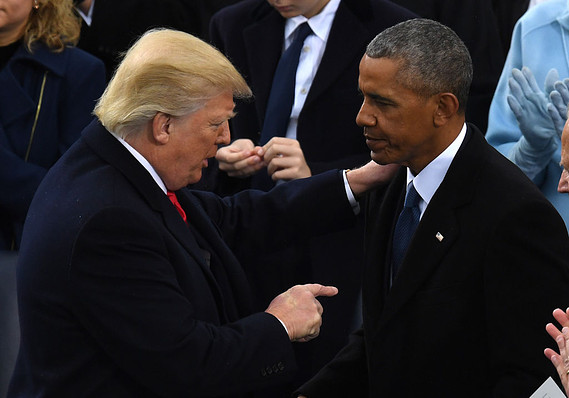 ‘This despicable ad is straight out of the Republican disinformation playbook, and it’s clearly designed to suppress turnout among minority voters in South Carolina by taking President Obama’s voice out of context and twisting his words to mislead viewers.’

That’s how Katie Hill, an Obama spokeswoman, described an ad created by super PAC The Committee to Defend the President, which is set to air on televisions across South Carolina this week, according to CNN.

Our new ad playing in South Carolina: @JoeBiden joined segregationists, wrote a bill that disproportionately jailed African Americans, & blamed black parents for inequality. He will not represent us. pic.twitter.com/9qkiOOYn0V

Reps for Barack Obama responded by sending a cease-and-desist letter demanding that the ad, which uses the former president’s words against presidential hopeful Joe Biden, be taken down.

“This unauthorized use of President Obama’s name, image, likeness, voice and book passage is clearly intended to mislead the target audience of the ad into believing that the passage from the audiobook is a statement that was made by President Barack Obama during his presidency, when it was in fact made by a barber in a completely different context more than 20 years ago,” Patchen M. Haggerty wrote in the letter, which was posted in its entirety on CNN.

Ted Harvey, chairman of the super PAC, stood by the ad.

“The Committee has a long history of taking on Joe Biden, beyond Nevada and South Carolina. President Obama made a point in his book about Democrats paying lip-service to the African-American community and we believe his point applies perfectly to Joe Biden,” he wrote in a statement.

Meanwhile, Biden is getting positive reviews for his showing at the debate on Tuesday in South Carolina ahead of the critical primary on Saturday. Biden, once the national front-runner, needs a big victory in South Carolina to give his flagging campaign a boost before Super Tuesday on March 3.