Home
Stocks
Capitol Report: Trump team is weighing whether coronavirus-induced shutdown is doing ‘more harm than good’
Prev Article Next Article
This post was originally published on this site 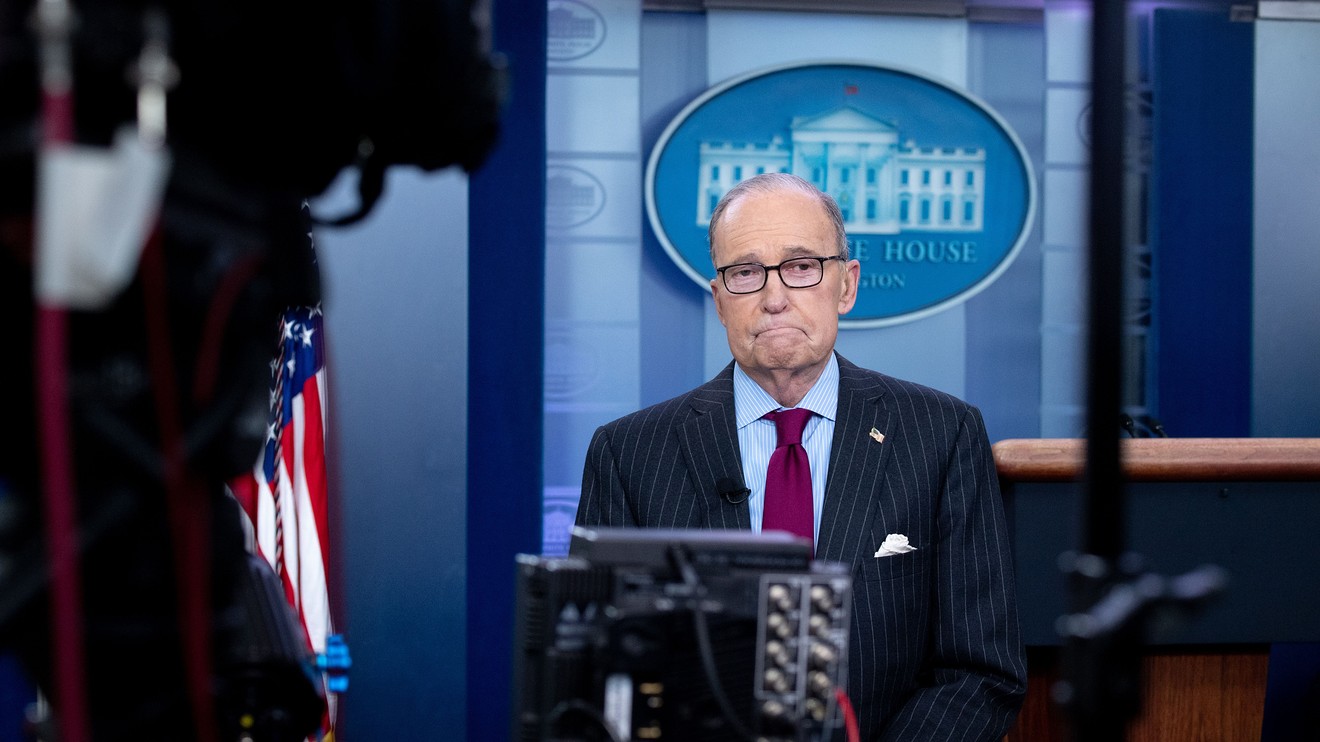 How much damage can be inflicted on the U.S. economy to try to mitigate the death toll from the coronavirus pandemic before it kills the economy? The Trump White House is increasingly raising that question.

The answer could have grave implications for the health and livelihood of all Americans, amid the outbreak of COVID-19, the infectious disease that has been contracted by more than 300,000 people and claimed nearly 16,000 lives so far since it was first identified in December.

President Trump on Monday signaled a potential shift in his administration’s strategy with a late Sunday night tweet saying “ we cannot let the cure be worse than the problem itself.” He said he would evaluate the administration’s containment strategy early next week after a 15-day period elapses.

WE CANNOT LET THE CURE BE WORSE THAN THE PROBLEM ITSELF. AT THE END OF THE 15 DAY PERIOD, WE WILL MAKE A DECISION AS TO WHICH WAY WE WANT TO GO!

“At some point, you have to ask yourself if the shutdown is doing more harm than good,” offered Kudlow, adding that “I can’t answer that question.”

States and cities have shutdown business and personal activity in an effort to mitigate the spread of the illness, but those efforts are throwing the domestic and global economy into a recession.

It isn’t just Trump and his inner circle. Some prominent economists, businesspeople and lawmakers are also raising questions about how long the U.S. can shutter large parts of its economy before the damage becomes permanent.

Prominently among them are former Goldman Sachs CEO Lloyd Blankfein. He said people with lower risks to the coronavirus — generally healthy people under 50 — should be allowed to return to work in a few weeks.

“Crushing the economy, jobs and morale is also a health issue—and beyond,” he tweeted.

Extreme measures to flatten the virus “curve” is sensible-for a time-to stretch out the strain on health infrastructure. But crushing the economy, jobs and morale is also a health issue-and beyond. Within a very few weeks let those with a lower risk to the disease return to work.

The White House and Congress hope to alleviate the short-term damage with a nearly $2 trillion economic-rescue package. The Federal Reserve has also jumped in with new lending programs that could make trillions of dollars available to hard-pressed businesses.

Yet the U.S. and global economies are simply too large for governments around the world to cover the full cost of containment, especially if trade and travel are impaired for an extended period.

Even if broad social distancing and store closures last for just several months, economists estimate, the U.S. could lose tens of millions of jobs. In the past week alone, some 2 million or more Americans may have applied for unemployment benefits after getting laid off.

James Bullard, president of the St. Louis Federal Reserve Bank, said the unemployment rate could soar to a record 30% in the second quarter from a 50-year low of 3.5% last month if more segments of the economy go dark. By comparison, the jobless rate likely peaked around 25% during the Great Depression in the 1930s.

Goldman, meanwhile, predicts gross domestic product could shrink by a whopping 24% in spring — three times bigger than the largest quarterly decline during the 2007-09 Great Recession.

The International Monetary Fund, for its part, said it now expects a global recession this year that could be deeper than the contraction during the global financial crisis more than a decade ago.

A recovery could also take a long time, some analysts argue.

“We do not envisage the level of GDP in any major economy recovering to its pre-COVID trend within the next two years,” TD Securities contended in a new report Monday.

Such a long recovery suggests the stock market wouldn’t return to precrisis levels soon, threatening the retirement plans of millions of Americans. The Dow Jones Industrial Average DJIA, -3.04%  has lost around 35% of its value in the past three weeks.

I don’t know what the right amount of quarantine time is. But a liquidation of the US economy also has health consequences, both long and short. We can’t pretend there are no trade-offs. https://t.co/Tr4j0UHzqs

So where does the U.S. and the Trump White House go from here?

If the experience of other countries such as China or South Korea is a guide, experts say, the U.S. first needs to get a handle on how many Americans are affected and address their needs before it would be prudent to relax economic restrictions. That means the U.S. has to continue to ramp up testing, boost production of masks and other critical gear and vastly increase the supply of hospital beds — a process that could take several weeks or longer.

Kudlow said he hopes the $2 trillion congressional rescue package will serve as a program “that will bridge us to the other side.” The bill would seek to rescue airlines and other major industries suffering the most while providing forgivable loans to small businesses that don’t lay off workers.

How far is the other side? “I think it is a matter of weeks and months, not years,” Kudlow said.

Just how many weeks or months is the question that everyone will soon be asking as the economic costs add up.

“We may need quite a bit longer than just 15 days, but there is definitely a growing cost to lockdowns that will have to be weighed,” said Stephen Stanley of Amherst Pierpont Securities.