Home
Stocks
Capitol Report: Trump’s ‘China virus’ rhetoric and what it means for U.S.-China trade, presidential election
Prev Article Next Article
This post was originally published on this site 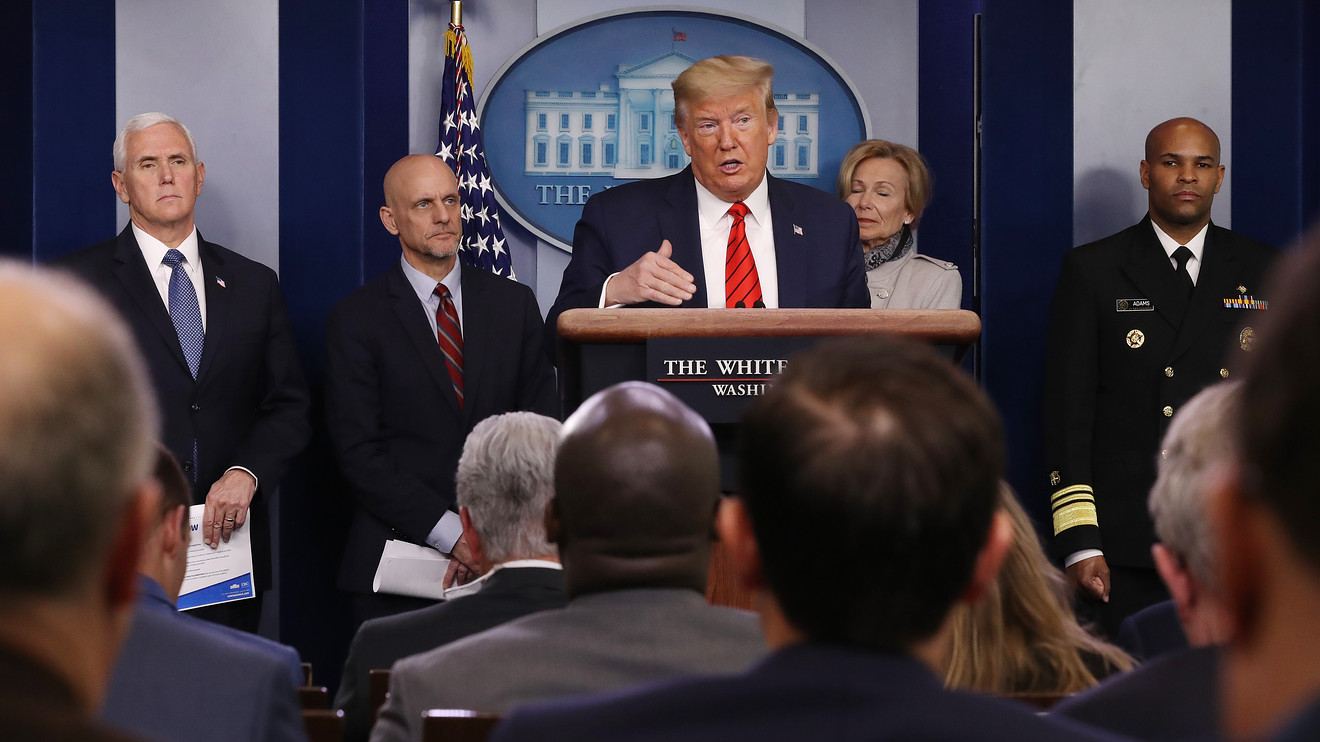 President Trump’s decision to use the term “China virus” for the coronavirus pandemic will have a profoundly damaging effect on U.S.-China relations, experts fear.

“The fact that Trump is calling it the ‘China virus’ is market pertinent,” Brian McCarthy, a China-focused macro strategist at the independent research firm Macrolens, told MarketWatch.

“When the smoke clears, the market will have to grapple with a very serious rift in U.S.-China relations.”

The scientific community has officially designated the virus COVID-19, while others have been calling it, simply, the coronavirus.

Trump, however, has taken to calling it the “China virus” or “Chinese virus” during daily press briefings, along with other Republican politicians and members of the conservative media.

Washington Post photographer Jabin Botsford posted a photo on Twitter showing that the president crossed out the word “corona” and replaced it with “Chinese,” potentially indicating a concerted effort to continue having this debate, which may distract from criticism that his administration did not act quickly enough to prepare the nation for COVID-19.

The president’s decision to use the term China virus is the latest in a series of steps taken by both China and the U.S. that reflect rapidly worsening relations, just months after the signing of a trade deal that financial markets hoped was evidence of renewed understanding between the world’s two largest economies.

The president said on Tuesday that he began using the term in response to efforts by the Chinese government to blame the U.S. for the outbreak.

“China tried to say at one point — maybe they stopped — that it was caused by American soldiers,” Trump said. “That can’t happen. That’s not going to happen, as long as I am president. It comes from China.”

Indeed, a Chinese foreign ministry spokesperson suggested in a March 12 tweet that the U.S. military brought the virus to China.

Meanwhile, the epidemic itself has underscored the threat posed by the U.S. relying on China and other trading partners to manufacture vital medical supplies and pharmaceuticals. An article published earlier this month by Chinese state news agency Xinhua threatened that China has the power to retaliate against U.S. travel restrictions by limiting exports of medical masks and vital pharmaceuticals at a time when the U.S. is already facing acute shortages of necessary supplies to help combat the epidemic.

Alan Tonelson, founder of the RealityCheck blog and a close observer of the U.S. manufacturing industry said that the Trump administration took a critical step in rebuilding America’s self-sufficiency in the manufacture of medical devices, when he announced plans to invoke the Defense Production Act, which would give the White House wide powers to compel American industry to manufacture medical supplies.

“Not only should it’s provisions be put into effect right now to address current supply chain gaps, but also to ensure that in future pandemics, America has the supplies it needs,” he said.

Reports suggest, however, that the President has been slow to use the powers granted him by invoking the act, and the White House has yet to indicate what specific directives it has given private industry to ramp up production of medical equipment.

The president’s rhetoric also appears to be aimed at his political base, as it echoes the tone of his stump speeches at his Republican party rallies.

Critics of the president argue that referring to COVID-19 as the “China virus” is racist and incites harassment and violence against Asian Americans. Seattle Pastor Eugene Cho took to Twitter to express these views Monday.

Mr. President: This is not acceptable. Calling it the “Chinese virus” only instigates blame, racism, and hatred against Asians – here and abroad. We need leadership that speaks clearly against racism; Leadership that brings the nation and world together. Not further divides. https://t.co/wPTcnoO5QU

Listen, I want President Trump to succeed. We have a national and global health crisis. We NEED him to succeed. But while I can’t speak for all Asians, I’m navigating not just the health crisis…but the reality of racism and anger against Asians.

But the president pushed back on this criticism, arguing that it’s always been a convention to name diseases by their place of origin.

“Politically, focusing on China being the origin of the virus makes sense because one of the first steps Trump took to slow the spread of the virus was to restrict travel from there,” wrote Steve Pavlick, Washington policy analyst at Renaissance Macro Research, in a Friday note to clients.

“In terms of baiting the media,’ he added, “Trump would rather talk about whether his comments are ‘racist’ rather than the lack of testing kits.”