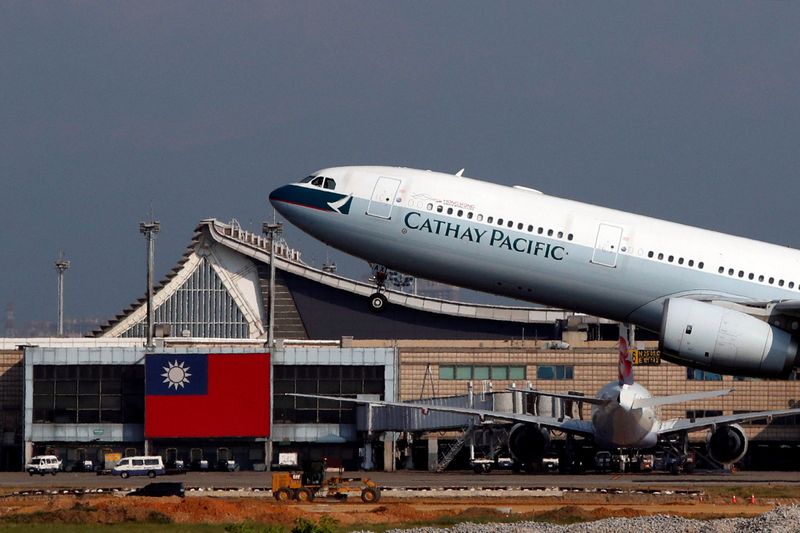 SYDNEY (Reuters) – Hong Kong’s Cathay Pacific Airways Ltd (HK:) has asked all its 27,000 employees to take three weeks of unpaid leave in coming months as it battles a fall in demand caused by a virus outbreak, the company said on Wednesday.

On Tuesday, the carrier said it planned to cut about 30% of capacity over the next two months, including about 90% of flights to mainland China.

“Today, we are appealing to all employees to participate in the special leave scheme, which will take effect from 1 March and last until 30 June,” Cathay said in a statement. “All employees will have the option to take three weeks of unpaid leave in this period.”

The leave is not mandatory, a spokeswoman said, but it is encouraged.

The South China Morning Post earlier cited a video recording from Cathay Chief Executive Augustus Tang appealing to employees to help by taking up the leave.

Cathay shares were trading 2.1% higher as of 0730 GMT on Wednesday following the announcement of capacity cuts after the market closed on Tuesday.

In a note to clients, Jefferies analysts estimated the airline would report a loss in the first half of 2020 before returning to a profit in the second half, assuming traffic rebounds as it did with the 2003 SARS epidemic.