Home
Market
Cathay Pacific to cut 30% of capacity due to coronavirus
Prev Article Next Article
This post was originally published on this sitehttps://i-invdn-com.akamaized.net/trkd-images/LYNXMPEG130OX_L.jpg 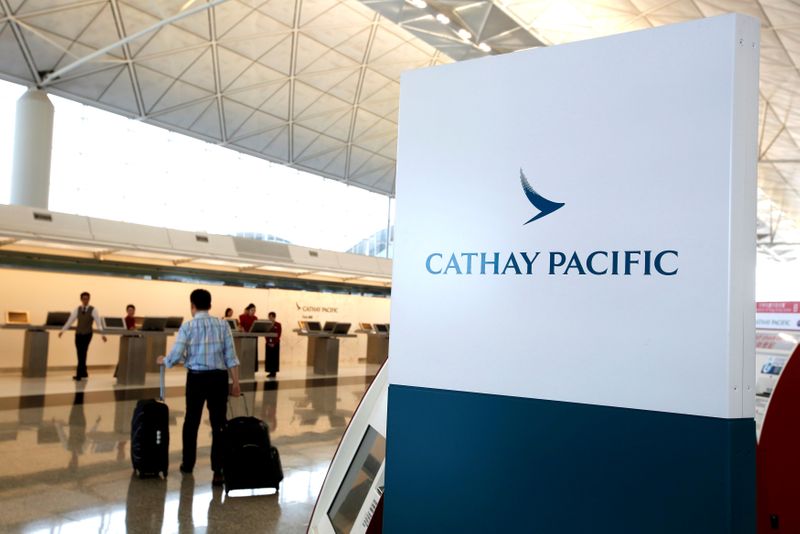 © Reuters. A passenger walks to the First Class counter of Cathay Pacific Airways at Hong Kong Airport in Hong Kong

SYDNEY (Reuters) – Hong Kong’s Cathay Pacific Airways Ltd (HK:) plans to cut around 30% of its capacity over the next two months, including around 90% of its flights to mainland China, as it grapples with the coronavirus epidemic, its CEO said on Tuesday.

“We will monitor the situation closely and adjust accordingly,” CEO August Tang said in a memo to staff seen by Reuters.

“These cuts are temporary for now and driven by the commercial and operational realities at the current time, as well as the projections in short-term demand,” he said.

Tang said the airline would announce “further measures” to help it get through the situation in the days ahead, without providing further detail.

Cathay had already experienced a sharp fall in demand since the middle of last year due to widespread, sometimes violent anti-government protests in Hong Kong. In November it announced plans to cut capacity by 1.4% in 2020.

“All Asian airlines are impacted by the coronavirus but excluding mainland China, Cathay is the most impacted given its exposure to the mainland market,” said Brendan Sobie, an independent aviation analyst based in Singapore.

Cathay was one of the biggest corporate victims of the SARS epidemic in 2003, which slashed demand for flights in the Asia-Pacific region by 45%.