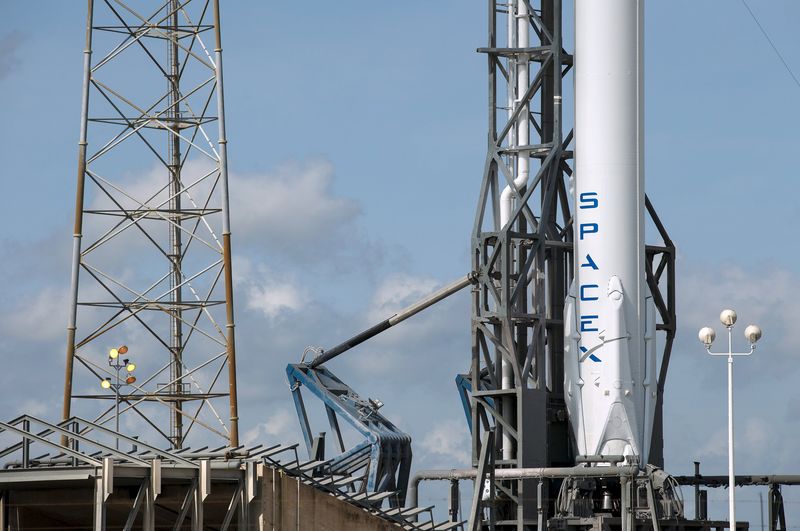 Ark Investment Management’s new space ETF could make its debut as soon as the start of next week, based on regulatory filing dates. The actively managed exchange-traded fund would track U.S. and global companies involved in space exploration and innovation.

If it comes it will be the first new product from Ark since the 2019 launch of the ARK Fintech Innovation ETF (ARKF) and follows a stellar 12 months in which Wood’s ETF assets skyrocketed to $47 billion from just $3.3 billion.

Her funds — which include five that are actively-managed and two that track indexes — had a rough ride as tech shares sold off in recent weeks. But the flagship fund is still up 154% over the past 12 months and her products have taken in about $16.4 billion just this year, suggesting a new one would be met with strong demand.

“It’s certainly what the market has appetite for right now,” said Matt Benkendorf, chief investment officer of Vontobel Quality Growth. “Ark has shown a tremendous propensity to attract money, and all eyes are on them.”

Wood’s firm filed for the fund on Jan. 13, which means the earliest Ark could complete the Securities and Exchange Commission approval process and release the ETF to investors is March 29, according to Bloomberg Intelligence, although its application may get held up. A spokesperson from Ark declined to comment since the fund is still in the SEC quiet period.

News of the upcoming fund sparked an industry-wide rally earlier this year, with both peer ETFs and individual stocks like Virgin Galactic Holdings (NYSE:SPCE) Inc. soaring. Assets in the Procure Space ETF (UFO) have more than tripled since Ark filed for ARKX, now up to $130 million.

ARKX’s sister products offer a compelling performance picture. Three of them — the $22 billion flagship ARK Innovation ETF (ARKK), the ARK Next Generation Internet ETF (ARKW), and the ARK Genomic Revolution ETF (ARKG) are up more than 150% in the past year.

“They’ve certainly built up a loyal following of investors that will seed that fund well,” said Ross Mayfield, investment strategy analyst at Baird. “It just seems like a good encapsulation of the market moment that we started the year in, with all the money going into these super high-growth, long-term ideas.”

In fact, retail traders have been anxiously awaiting the new product launch, with TikTok videos hyping the fund. Mark Leclair, a 43-year-old who lives in Texas and does software support, has already set aside some money to invest in ARKX when it debuts.

“I’m going to jump all over that,” he said in a phone interview. “Cathie is doing her own research and analysis, and she is making conclusions that the Street just doesn’t see. It really aligns with what I believe in which is trying to make smart investments in industry disruptors.”