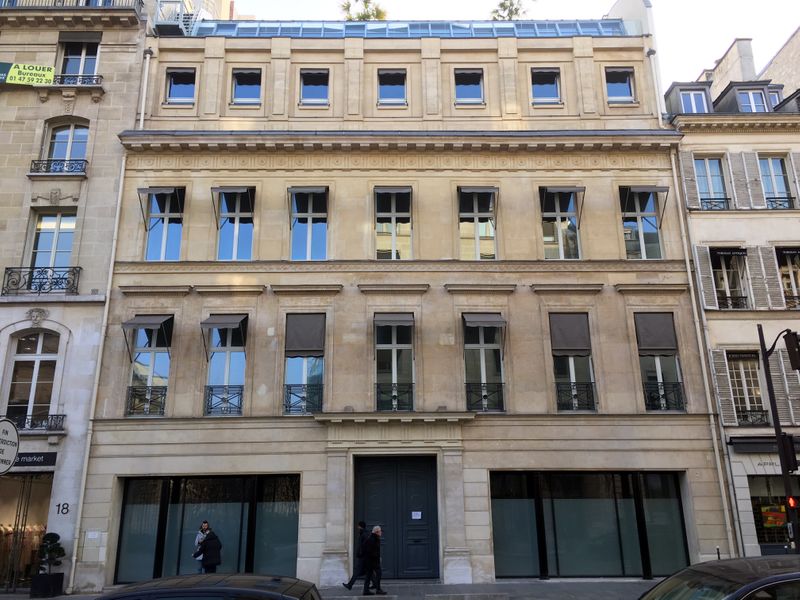 Centerview, which already has an office in London’s Mayfair, has rented space on the upmarket Avenue Matignon and plans to open for business in the next few months, the sources said, requesting anonymity as the matter is confidential.

The New York-based bank has held talks with a number of prominent dealmakers in Paris including the former boss of Lazard in France, Matthieu Pigasse, the sources said.

The two were recently approached by Centerview but an agreement over a possible move has yet to be found, they said.

The bank’s push into continental Europe comes with Britain set to leave the European Union on Jan. 31. Large investment banks and independent advisory outfits are bulking up their presence across Europe to ensure access to continental clients.

The value of French mergers and acquisitions (M&A) rose 2% last year to $193 billion, the third highest in the past decade, according to Refinitiv data.

That was mainly due to a surge in outbound M&A which spiked 33% to a record $115 billion, despite a general slowdown in European activity, the data showed.

Centerview is betting on a mix of junior and seasoned deal-makers to drive its French roll-out as it wants to become the advisor of choice for big French companies, the sources said.

Pigasse, whose contract with Lazard ended on Dec. 31, would help Centerview woo large French clients. He has held talks about a senior role at Centerview in Paris but has yet to commit, the sources said.

Neither Constant nor Pasqual were immediately available for comment.

Other M&A newcomers in France include Perella Weinberg – the investment bank founded by Joe Perella and Peter Weinberg – and Greenhill & Co (N:).

Perella launched its Paris office in 2018, luring French bankers from Bank of America (N:) and Goldman Sachs while Greenhill picked Amelie Negrier-Oyarzabal, a former Lazard partner, to open its French hub in late 2019.