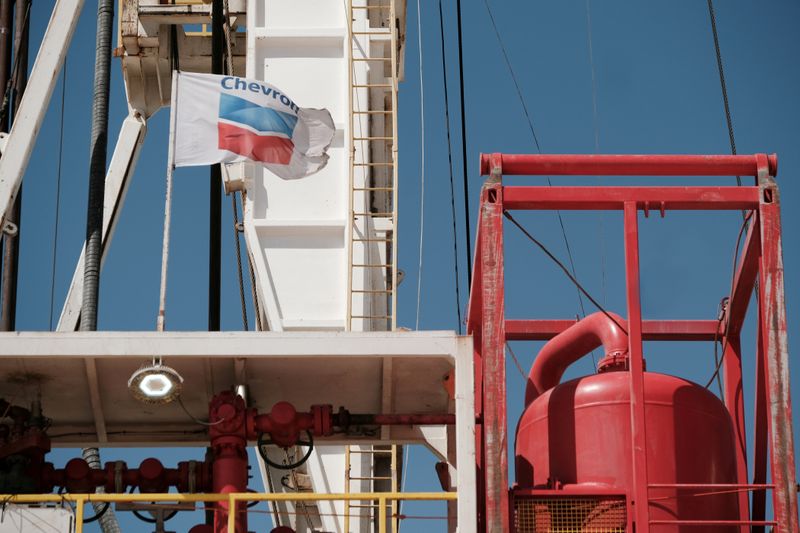 (Reuters) – Chevron Corp (N:) is offering buyouts to reduce its U.S. oil exploration and production workforce, three sources told Reuters, as the oil major moves to cut costs in the face of sharply lower oil and gas prices. The No. 2 U.S. oil producer decided to reduce staff after reviewing operations late last year as energy prices fell, the sources said. Chevron confirmed that it was offering buyouts to workers in its shale gas business in the eastern United States but did not comment on any other U.S. job cuts.

Other oil and gas producers and service companies have begun cutting workers as prices have dived on soaring production and tepid demand, which has been made worse by the coronavirus outbreak.

One of the sources said some employees who accept Chevron’s buyout offer could remain until October. Another source said the company hopes to open spots for people who currently work for its shale gas operation in the Appalachian region of the United States, which is on the auction block.

Chevron notified Pennsylvania state officials last month that it planned to cut up to 320 jobs in the state, which includes the shale gas business.

The company said in a statement it could not yet say how many employees in that business would be affected. “We are taking active steps to reduce job loss,” including moving employees to other operations, a spokeswoman said.

Employees who ultimately lose their jobs will be offered severance pay and outplacement services, the spokeswoman said. The restructuring is part of a business review “toward capturing efficiencies and directing resources where they will generate the most value,” she said.

Chevron’s results swung to a loss last quarter on a $10.4 billion impairment charge, mostly from writing down the value of natural gas fields and projects.

The U.S. shale boom has led to a glut of crude oil and natural gas in world markets, especially since the coronavirus outbreak has slashed energy demand, with experts forecasting growth this year to be the lowest in a decade.

This week, the Organization of the Petroleum Exporting Countries (OPEC) will consider a further output cut to prevent prices from falling further. About 16% of U.S. natural gas production comes as a byproduct of oil output, according to the U.S. Energy Information Administration. Shale gas has so overwhelmed demand that producers in West Texas are paying customers to take the fuel and some are burning it as waste.