Home
Market
Chevron swings to quarterly loss on $10 billion in charges
Prev Article Next Article
This post was originally published on this sitehttps://i-invdn-com.akamaized.net/trkd-images/LYNXMPEG0U1H5_L.jpg 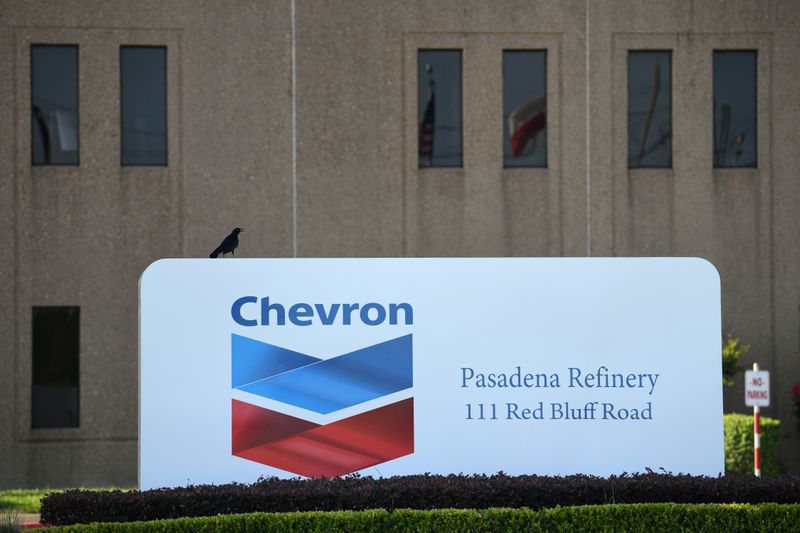 © Reuters. An entrance sign at the Chevron refinery, located near the Houston Ship Channel, is seen in Pasadena

HOUSTON (Reuters) – Chevron Corp (NYSE:) swung to a fourth-quarter loss on $10.4 billion in charges as it stepped up efforts to cull unprofitable assets amid weak oil and gas prices.

The company, the second-largest U.S. oil producer, in December had warned it could take up to $11 billion in writedowns on properties that were no longer economic to produce oil and gas.

Major oil companies, including Chevron and Exxon Mobil Corp (NYSE:), have sought to raise cash and improve returns amid weaker oil and gas prices and chemicals by putting unwanted properties on the market.

Excluding one-time items, per share profit was $1.49, slightly above Wall Street’s estimate of $1.45.

The company also booked a gain of $1.2 billion in the quarter on the sale of its UK Central North Sea assets.

Chevron’s net oil equivalent production was flat at 3.08 million barrels per day in the quarter, while average sales prices fell in the United States and internationally.