Home
Market
China banks borrow from SARS playbook in preparation for market reopening
Prev Article Next Article
This post was originally published on this sitehttps://i-invdn-com.akamaized.net/trkd-images/LYNXMPEG0U0D7_L.jpg 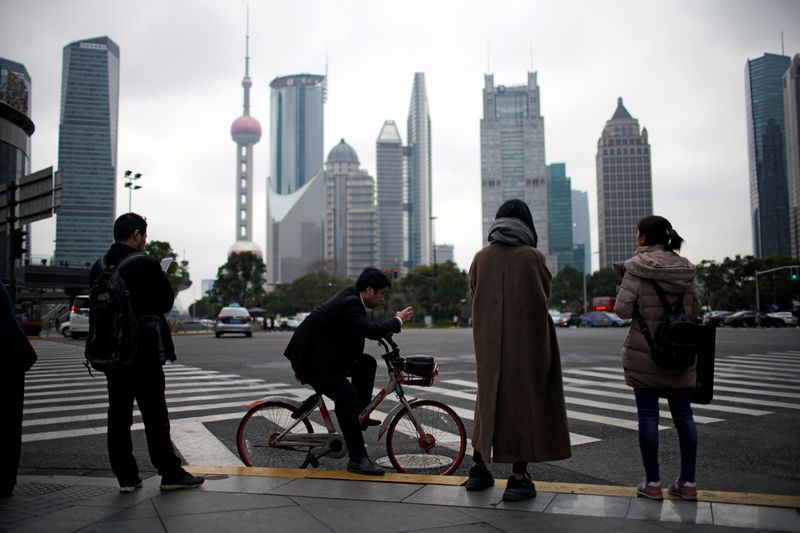 Banks and brokers will also be paying double next week for the essential staff in financial capital Shanghai who will be working from Monday when markets reopen after the extended Lunar New Year holiday, they said.

China’s stock and bond markets are the second-largest in the world, with equities trading in Shanghai averaging 222.9 billion yuan ($32.29 billion) a day in 2019 and the interbank bond market averaging 836 billion yuan, according to the Shanghai Stock Exchange and the central bank, respectively.

Mainland markets were due to reopen on Friday following a week-long break but the holiday was extended to Monday by central government officials in an effort to limit the spread of the coronavirus that has so far killed more than 200.

Bank compliance rules mean that while staff such as analysts can work from home, traders must work from the office using secure internal systems.

The Shanghai government has told companies not to allow workers back before Feb. 9. Banks, however, are deemed to be providing an essential service and are required to re-open nationwide on Monday, and staff called to work must be paid double on holidays.

China Construction Bank (CCB) (SS:), the country’s second largest lender, and Bank (HK:) are among those planning to split their trading teams and alternate their working days, according to three sources.

HSBC (L:) is also considering a shift system for trading teams that have to be in the office, according to one source.

CCB and HSBC did not respond to requests for comment specifically on their trading plans. Hang Seng bank confirmed it would arrange trading shifts and would tell other staff where possible to work from home.

The People’s Bank of China and the Shanghai Stock Exchange did not respond immediately to a request for comment due to the holiday.

China’s new virus belongs to the same coronavirus family as the Severe Acute Respiratory Syndrome (SARS), which also originated in China, and killed nearly 800 people globally in 2002 and 2003.

A fund manager at the investment arm of the People’s Insurance Company (Group) of China (SS:) said the virus wouldn’t deter people from trading when the market opens.

“People in the market are eager to trade,” he said. “It’s about money. You’re disadvantaged if others trade but you don’t.”

China Asset Management Co Ltd said its fund managers are required to work from the office to meet compliance rules. One member of its marketing team said the company would use online marketing rather than physical roadshows to promote new products in the near-term.