Home
Market
China car sector to take hefty first quarter hit from virus but 2020 outlook not necessarily grim
Prev Article Next Article
This post was originally published on this sitehttps://i-invdn-com.akamaized.net/trkd-images/LYNXMPEG0U0BW_L.jpg 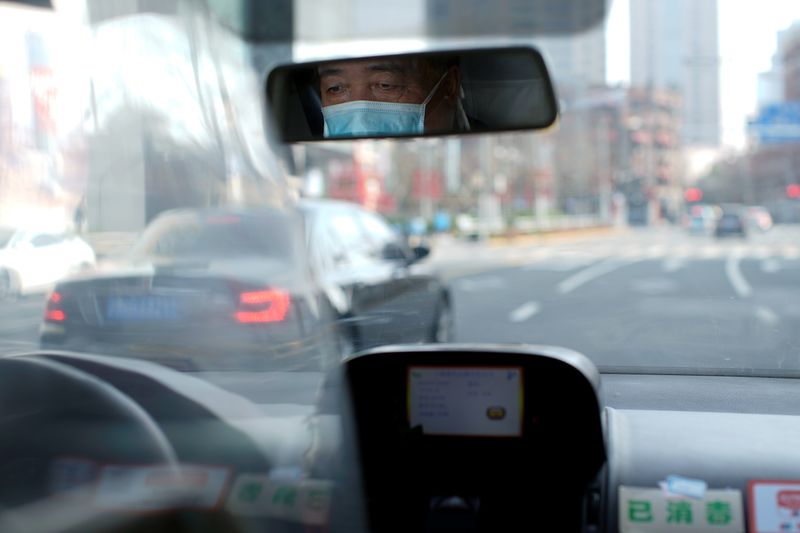 By Yilei Sun and Norihiko Shirouzu

SHANGHAI/BEIJING (Reuters) – The new coronavirus epidemic is likely to wreak havoc on China auto sales and production in the first quarter, but it is too early to push panic buttons as ground could be made up later in the year, industry executives said.

Showroom traffic is expected to be sparse when extended Lunar New Year holidays end as much of the population is steering clear of public spaces, while output is set to plunge in the short-term.

That is particularly true of Hubei province, the center of the outbreak, a major automotive industrial hub that accounts for nearly 9% of China’s vehicle production and home to factories for many car makers including Dongfeng Motor Group (HK:) and its partners Honda Motor (T:), Renault SA (PA:) and PSA (PA:).

“We expect (China) vehicle production to decline 3% for the full year, with production down 15% in the first quarter, including the extended new year shutdown,” Joseph Massaro, CFO for auto technology supplier Aptiv (N:), told an earnings conference call.

But he said delayed production could be made up in the second quarter. “We don’t view this as a full year issue at the moment.”

Seeking to rein in the epidemic, which has killed more than 200 people with nearly 9,700 confirmed cases of infection in China, authorities have extended Lunar New Year holidays by three days to Feb. 2 although many areas and companies are telling workers not to come back before Feb. 10.

Prior to the outbreak, forecasts for the world’s largest auto market this year had ranged from mild sales growth to small declines after two painful years of contraction due to a slowing economy, the U.S.-China trade war and the chaotic introduction of new emission rules.

Cui Dongshu, secretary general at the China Passenger Car Association, said his prediction for industry-wide sales growth of 1% this year now “under some pressure”.

The holiday extension has discouraged dealers from ordering new cars from manufacturers at the end of the month as is their usual practice, virtually guaranteeing a decline in wholesale auto sales figures for January.

“Although sales volumes in the first three weeks of January were okay, there was no ‘sales sprint’ at the end of the month. So it is inevitable that we will see a significant sales drop,” Cui said in a blog post.

The big unknown is, however, just how far the outbreak, which authorities have said they expect to peak in February, will ravage Chinese consumer spending.

Industry officials and analysts agree car sales will be hit in the short-term but also say the impact might not be too bad over the whole year.

The outbreak could even change the mindset of the Chinese consumer towards car ownership, given that many are suffering in areas where public transport has been suspended, said Yale Zhang, head of Shanghai-based consultancy AutoForesight.

“It is hard to predict its impact in the longer term. Customers who do not have their own car might realize they need one which might help sales this year,” he said.

Automakers with plants in Hubei, particularly in its capital Wuhan, which has seen its transport links cut off as part of a lock down to curb the virus, will have the most work to do in rejigging production plans. Production delays can often be made up later with extra shifts on weekends and at night.

Honda, which has three assembly plants in Wuhan with Dongfeng, said it was assessing how transport disruptions were affecting the supply of parts and that no decision had been made on when its factories will restart.

PSA’s venture with Dongfeng said in a statement it will extend the Lunar New Year holidays for its workers but has not decided on a precise date.

Renault plans to adjust its Wuhan production plans in line with guidance from local authorities, a company representative said. A Dongfeng representative said the company’s decision on when to resume work will depend on the situation of the virus outbreak.