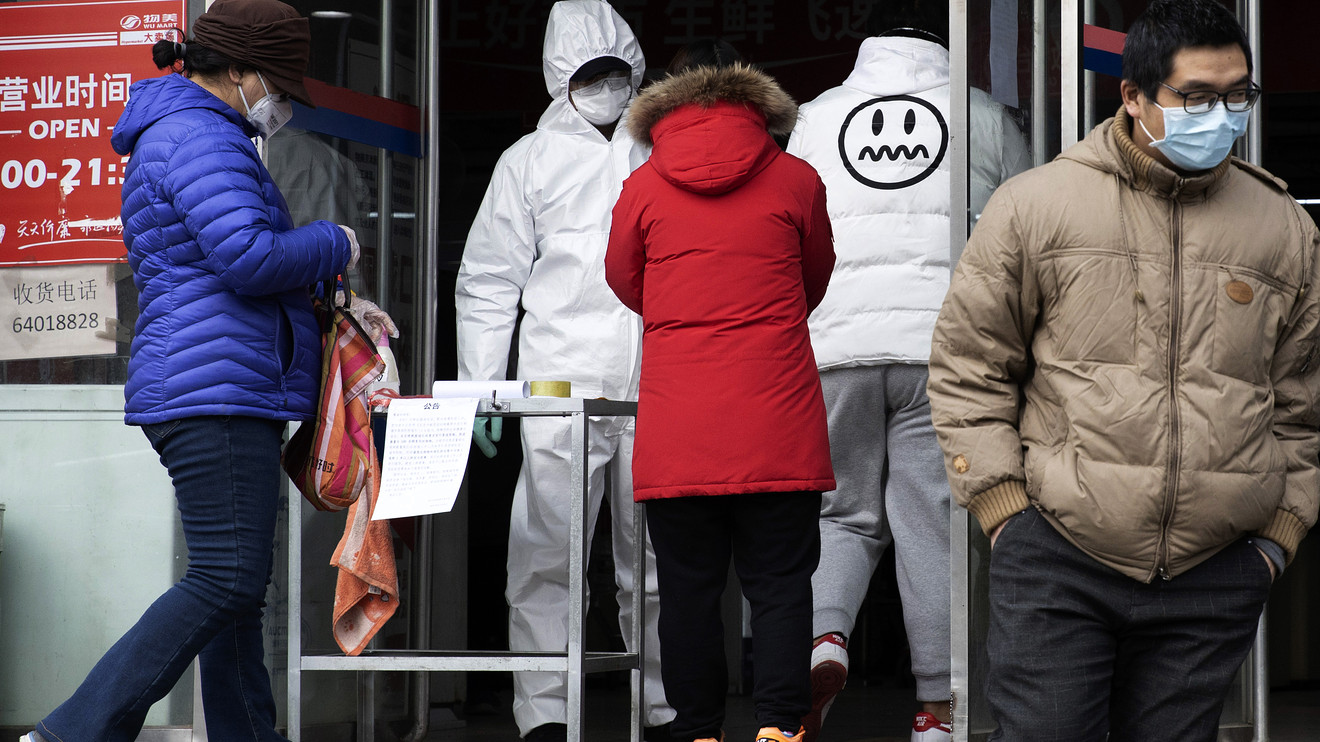 Signs of life are emerging in China’s coronavirus-stricken economy — even as the epidemic is exploding around the world.

A number of key metrics of economic health have ticked up in the last week or two. Workers are returning, factories are firing back up, and even consumer-facing businesses are opening their doors.

This is the immediate result of the abatement of COVID-19 in China and the government’s relaxing of policies that had essentially halted economic production, except at hospitals, pharmaceutical companies and delivery services.

First, the caveats: The resumption in activity has been slow, though steady. And China’s economy could take a second-round beating if the virus flares up again locally. But, for now, undeniable signs of activity are springing up.

Over 43% of small and midsize enterprises in China’s manufacturing sector had resumed production as of Wednesday, Zhang Kejian, deputy minister of industry and information technology, told state media. This is crucial for these smaller firms, as many said in a recent survey that they could survive for only one to two months on their savings.

Toyota Motor Corp. TM, -2.76% has restarted production to some degree at all its China plants, the company said Tuesday. And that’s good, because the Chinese people are driving again, according to measurements of traffic congestion and the Baidu Migration Index, which showed that more than 60% of people have returned to their workplace areas in China’s 100 biggest cities. The government has even chartered a number of planes to carry returning workers, the state outlet CCTV reported.

Apple AAPL, -6.54% has reopened all manufacturing facilities outside of Hubei Province, the center of the virus outbreak, and over half of its 42 China retail stores were back doing business this week. Yet the company hedged, saying, “Work is starting to resume around the country, but we are experiencing a slower return to normal conditions than we had anticipated.”

Other important metrics have risen. Coal consumption is at its highest rate in a month, though it’s still below normal levels. Daily property-sales volume in 30 major Chinese cities has seen steady growth starting about two weeks ago, according to data provider Wind.

See: Why the coronavirus outbreak raises the risk of a German recession this year

China’s stock markets, meanwhile, have continued their unpredictability. After a steep but brief fall last month as the magnitude of the crisis became apparent, the CSI 300 000300, -3.55% climbed back to its highest level in a year — all while the virus ravaged the country. But now, as it has become clear that this is a global crisis, the index has finally fallen — dropping nearly 4% from a Thursday high. The benchmark Shanghai Composite Index SHCOMP, -3.71% closed Friday down more than 5% for the week.

Equities aside, the positive signs will almost surely be overshadowed by a giant looming number: the official manufacturing Purchasing Managers’ Index, which is to be released Saturday morning Beijing time and is expected to show that production contracted sharply in February. Most economists surveyed said the number would come in around 45 or 46, which would be its lowest level since the financial crisis more than a decade ago.

On top of that, China’s first-quarter GDP growth will be historically low regardless of the strength of any rebound, most analysts have said.

So the signs are mixed, but better than they were a month ago. As the world scrambles to deal with its own fallout from the spreading coronavirus outbreak, ailments where it all began have begun to slowly recover.