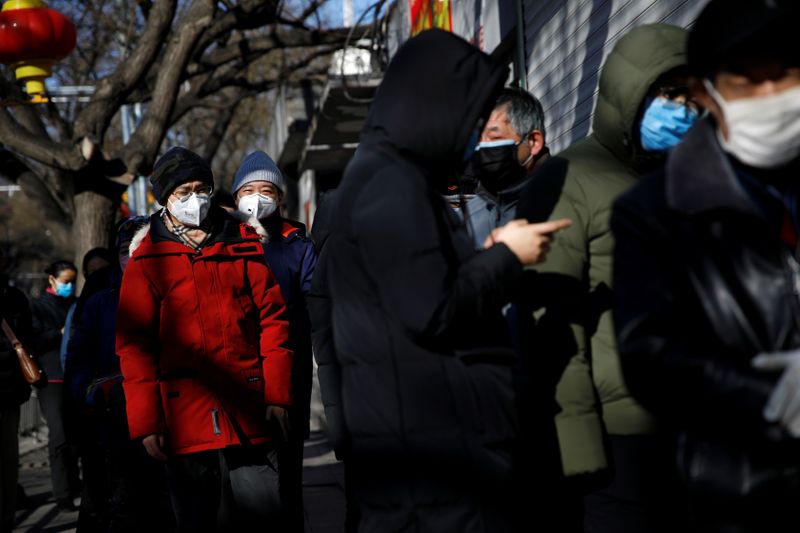 By Engen Tham and Cheng Leng

SHANGHAI/BEIJING (Reuters) – China’s banking and insurance regulator (CBIRC) asked lenders last week in some cities to assess the impact of the coronavirus outbreak on their borrowers, said two people with direct knowledge of the matter.

“Many of my borrowers said they would be facing difficulties, but it hasn’t come to a head yet as the problems have only been going on for a couple of weeks,” said a loan officer in the Nanjing branch of an international lender, adding that they had filed a report to the regulator on Tuesday.

Regulators in Beijing had also asked banks to file reports, according to a person with knowledge of the request, and CBIRC officials were also conducting their own research in some places.

China is struggling to contain the epidemic – designated a global emergency by the World Health Organisation – which has so far led to 563 fatalities.

To stem the spread, authorities have cordoned off cities, suspended transport links and shuttered facilities where crowds gather. The impact on an already slowing economy is starting to take its toll, with small- and medium- enterprises the first to feel the heat.

As part of efforts to combat the impact, the CBIRC has urged banks to lower the interest rates and extend loans to targeted companies that have been affected by the outbreak.

Parts of China’s banking system were already starting to show strains last year from an economic slowdown and mounting bad debt. A central bank sample stress test said 7.7% of lenders were at extreme risk and unable to withstand a light shock, while 13.6% were at high risk if a financial crisis hit, many of which were small, rural banks.

“With China’s total outstanding debt equal to just over 300% of GDP, any sizeable disruption of loan quality could put the financial sector at risk, slow the pace of lending through the rest of this year and provide longer term friction to the pace of economic growth in China,” said Steve Cochrane, Chief APAC Economist at Moody’s Analytics in a report released on Wednesday.

The CBIRC in Guangdong, China’s export hub, has pledged to provide support for firms in retail, wholesale, catering, logistics, transportation and tourism sectors that have been hit by the outbreak.

Other than the borrowers, China’s banks are also concerned about the impact the virus could have on their bottom lines.

An internal report, seen by Reuters, from one branch of China Construction Bank in Beijing, estimated the likely impact on its business in various sectors.