Home
Market
China virus toll rises as Chinese markets set to reopen after holiday
Prev Article Next Article
This post was originally published on this sitehttps://i-invdn-com.akamaized.net/trkd-images/LYNXMPEG12017_L.jpg 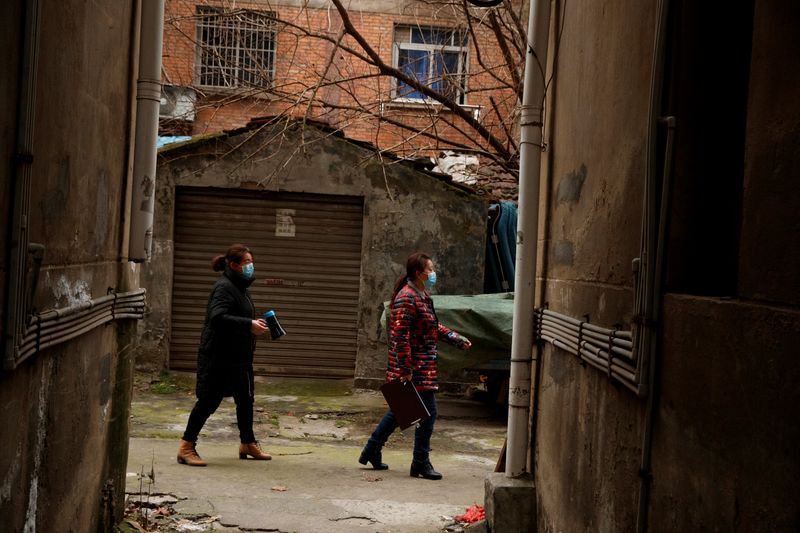 BEIJING (Reuters) – The death toll from the new coronavirus in China’s Hubei province rose by 56 to 350 on Monday, Chinese state television reported citing official figures, as investors braced for volatility when Chinese markets reopen after the Lunar New Year break.

There were another 2,103 cases detected in Hubei, the epicenter of the outbreak, taking the total in the province to 11,177 as of Feb. 2, state television reported.

Hubei’s provincial capital of Wuhan, where the virus is thought to have originated, reported 41 new deaths. A total of 265 people in Wuhan have now died from the virus.

New confirmed cases surged by 1,033 in Wuhan and climbed by 244 in nearby Huanggang on Feb. 2. Two new deaths were reported in the city, about 60 km (37 miles) east of Wuhan.

The rising toll comes after the first death from the newly identified flu-like virus outside of China was reported on Sunday, that of a 44-year-old Chinese man who died in the Philippines after traveling there from Wuhan.

Hubei has been under virtual quarantine, with roads sealed off and public transport shut down. Elsewhere, China has placed growing restrictions on travel and business.

The province extended its Lunar New Year holiday break to Feb. 13 in a bid to contain the outbreak.

Chinese markets reopen on Monday when onshore trade in stocks, bonds, yuan and commodities resumes following the break and a steep global selldown on fears about the spread of a new virus.

Looking to head off a panic, China’s central bank plans to inject 1.2 trillion yuan ($173.8 billion) of liquidity into the markets via reverse repo operations on Monday.

Chinese markets have been closed since the end of trade on Jan. 23. World stocks, led by falls in Asia, have dropped 3% since then due to fears the virus will slow China’s economy and put a drag global growth.

The Chinese data on the numbers of infections and deaths suggests the new coronavirus is less deadly than the 2002-03 outbreak of Severe Acute Respiratory Syndrome (SARS), which killed nearly 800 people of the some 8,000 it infected, although such numbers can evolve rapidly.

The World Health Organization has declared the outbreak a public health emergency of international concern, but said global trade and travel restrictions are not needed.

However, several countries have ramped up border controls including bans on foreign nationals who have recently been to China from entering their territories.