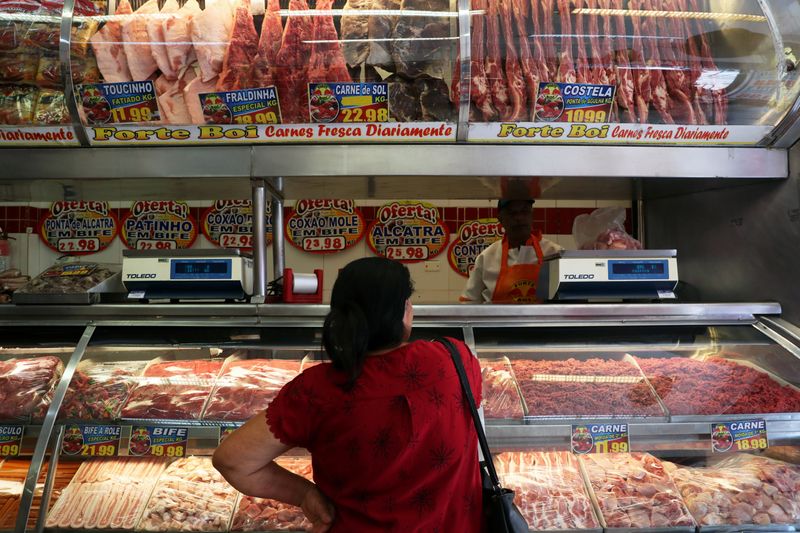 China reported a new outbreak of bird flu on Saturday while millions of chickens face the prospect of starvation amid a lockdown in Hubei province, near the epicenter of the coronavirus epidemic.

That comes as Chinese meat suppliers are still grappling with the lasting effects of African swine fever (ASF), which decimated a major portion of the country’s pig population.

“Our representatives in China tell us that there are major concerns over food security.”

Brazil stands to benefit as a safe source of meat, having never had a case of bird flu or African swine fever, he added.

The country has capacity to step in to cater to at least some of the additional Chinese demand for imported poultry, having processed some 6 billion birds last year, Turra said.

Shares in the world’s largest chicken exporter, BRF SA (SA:), rose 6% in São Paulo trading Monday before paring gains to 3.4%, while shares of rival JBS SA (SA:) rose 3.7% before falling back to 2%.

Bloomberg reported on Thursday, citing letters from Hubei’s poultry association, that the lockdown of the province threatened more than 300 million chickens due to an imminent shortage of feed.

Turra said the threat comes as China has been trying to increase local poultry output to substitute for pork, whose production has suffered due to swine fever.

Before the problems associated with the coronavirus and bird flu, China had been expected to produce some 12 million tonnes of chicken this year and Brazil around 14 million tonnes, Turra said.