Home
Market
China’s Worst Rout in Years Has 3,257 Stocks Falling by Daily Limit
Prev Article Next Article
This post was originally published on this sitehttps://i-invdn-com.akamaized.net/content/pic818e731f60775594dddb44190ef7d390.jpg 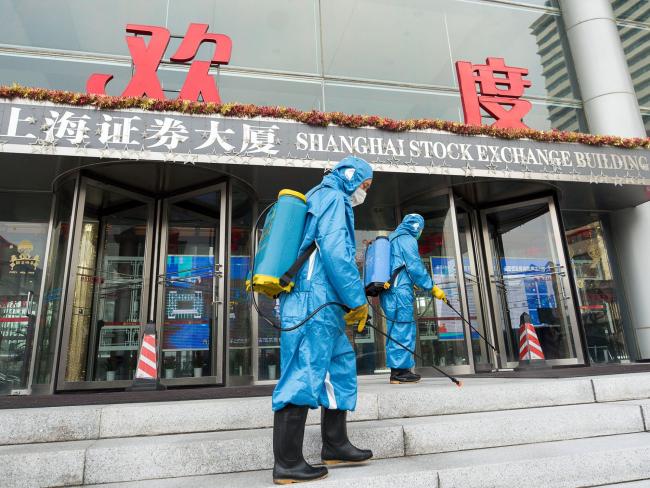 China’s stock market opened to the most savage wave of selling in years, with thousands of shares falling by the daily limit after just minutes of trading.

Though investors turned on computers hours early to tee up their sell orders, many of them couldn’t exit the market fast enough. All but 162 of the almost 4,000 stocks in Shanghai and Shenzhen recorded losses, with about 90% dropping the maximum allowed by the country’s exchanges. Health-care shares comprised most of Monday’s gainers on speculation they will benefit from the virus outbreak.

“The sell-off was so quick and intense,” said Li Changmin, managing director at Snowball Wealth in Guangzhou. “We’ll be busy dealing with risk controls and even liquidation pressure if stocks keep falling.”

While it was always going to be brutal for China’s $7.5 trillion stock market as investors caught up with losses worldwide, Monday’s declines were particularly severe. The CSI 300 Index sank as much as 9.1% — a slump rarely seen in its almost 15-year history. The huge number of stocks trading limit down means it could take days for investors to execute their orders, prolonging the sell-off.

“I was anxious before the market opened, and had made plans on what to sell and by how much last Friday,” said Bruce Yu, a fund manager with Franklin Templeton SinoAm Securities Investment Management Inc. in Taipei. “Some of my trades weren’t made today — we’ll see if we can sell them tomorrow.”

Making matters even more difficult for mainland-based traders was that many couldn’t trade from the office, and some had to do it with a reduced working force. Some of the country’s largest cities — including Shanghai — extended the Lunar New Year holiday until the end of the week, while Beijing’s government encouraged residents to work from home.

It was the first chance mainland investors had since Jan. 23 to trade, due to the extended Lunar New Break. Officials urged investors to evaluate objectively the impact of the coronavirus, which has killed more than 360 and spread to more than 17,000 people in China alone.

The sell-off was widespread on Monday: commodity futures from iron ore to crude sank by the daily limit, and the yuan weakened past a key level against the dollar.

Fund managers hit the phones to calm investors, seeking to avoid the kind of redemptions and forced selling seen as recently as 2018. China’s securities regulator took steps to support the stock market, telling some brokerages that their proprietary traders aren’t allowed to be net sellers of equities this week, according to people familiar with the matter.

“My biggest concern was that investors would rush to redeem their holdings in private and mutual funds,” said Jiang Liangqing, a money manager at Ruisen Capital Management in Beijing whose team is working from home across China. “A key task for us is to reassure our fund holders and ask them to stay calm.”

Some avoided the market altogether, deciding there was no point trying to get orders through if it meant selling at such a deep discount.

“I had a look at stocks at the open, grabbed my fishing pole right after and left home,” said Yin Ming, Shanghai-based vice president of investment firm Baptized Capital. “What else can you do? I knew the market would be ugly today but didn’t expect a drop of this magnitude.”

Others were brave enough to buy, keeping their cool as China attempted to stem the panic. The central bank took its first concrete steps to cushion the economy and plunging markets from the blow of the coronavirus, providing short-term funding to banks and cutting the interest rate it charges for the money. Investors purchased $2.6 billion worth of onshore stocks on Monday through exchange links with Hong Kong, the second-largest amount on record.

“Buying is all I’m doing,” said Hou Anyang, a partner at Shenzhen Frontsea Asset Management, who was one of four working Monday out of a team of 20. “I’ve been through the circuit-breaker of 2016 and other big routs — as a professional investor, this is a huge opportunity.”