Home
Market
Chinese consumers snap up yoga mats, video games, condoms as coronavirus keeps them at home
Prev Article Next Article
This post was originally published on this sitehttps://i-invdn-com.akamaized.net/trkd-images/LYNXMPEG1O0XF_L.jpg 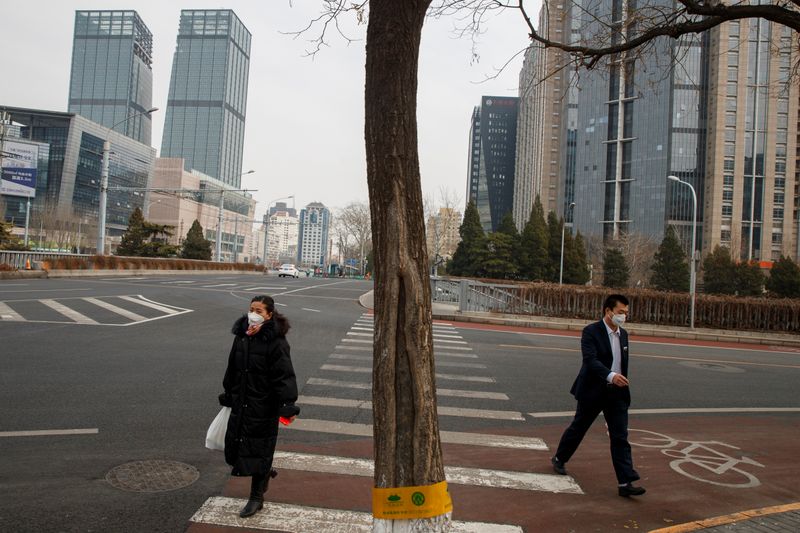 By Sophie Yu and Joyce Lee

BEIJING/SEOUL (Reuters) – As the coronavirus epidemic keeps hundreds of millions of Chinese stuck at home, they’re shopping online to stave off boredom with games for Nintendo’s (T:) Switch console, yoga mats, books and condoms all showing big jumps in orders.

Many malls and stores remain shut and sales of cars and smartphones are crumbling, but demand for health, entertainment and cosmetics products is buoyant, according to data from e-commerce giant Alibaba Group (N:) – a potential boon for popular brands such as Lululemon (O:) and L’Oreal (PA:).

Nintendo’s Ring Fit Adventure game for the Switch console, which combines exercise and role playing, has been a star performer, with sales more than quadrupling in the two weeks to Feb. 20 compared to normal levels, according to Alibaba.

“No medicine really functions against the virus so far. All you can count on is your own health,” said Guo Yan, a 38-year-old office employee who recently bought the game. “I want to exercise at home to be healthy and fit.”

Sales of yoga mats and rowing machines have also soared, up 250% during a two-week period in February from a year earlier, it said, while sales of books jumped 60% on Alibaba’s Tmall marketplace in the week beginning Feb. 10 compared with the previous week.

Perhaps counterintuitively as authorities have now imposed rules that masks be worn outdoors, lipstick sales were up sevenfold for some brands while sales of eyeshadow palettes increased 150%, according to Alibaba. It did not specify the timeframe for the sales jumps or the brands.

Lu Zhenwang, CEO of Shanghai-based Wanqing Consulting, says that while overall e-commerce volumes have fallen during the outbreak, there were some stand out exceptions like yoga mats and cosmetics.

“People now have large amount of time and they are bored at home,” he said, adding that women were taking the opportunity to practice their makeup skills.

Other Chinese e-commerce sites also had some non-traditional goods among their best-seller rankings. Pinduoduo (O:) noted that hair cutting kits and condoms were among its most ten most popular items, while JD.com (O:) said sales of baking and roasting equipment had risen 7 times.

In South Korea, which has seen a surge in coronavirus cases, orders for health-related items such as red ginseng, probiotics and vitamins rose 143% during the first 20 days of February compared to the same period last year, according to Lotte Home Shopping.

The bigger picture for consumer spending is, however, bleak as the outbreak keeps large parts of China’s population either in quarantine or simply discourages people from venturing outside. Many businesses have yet to get back up to full speed as quarantine and travel restrictions cause shortages of both workers and supplies.

Big ticket items in China have been especially hard hit, with sales of smartphones sliding 36.6% in January and retail sales of passenger cars tumbling 92% in the first half of February. [nL4N2AL15V]