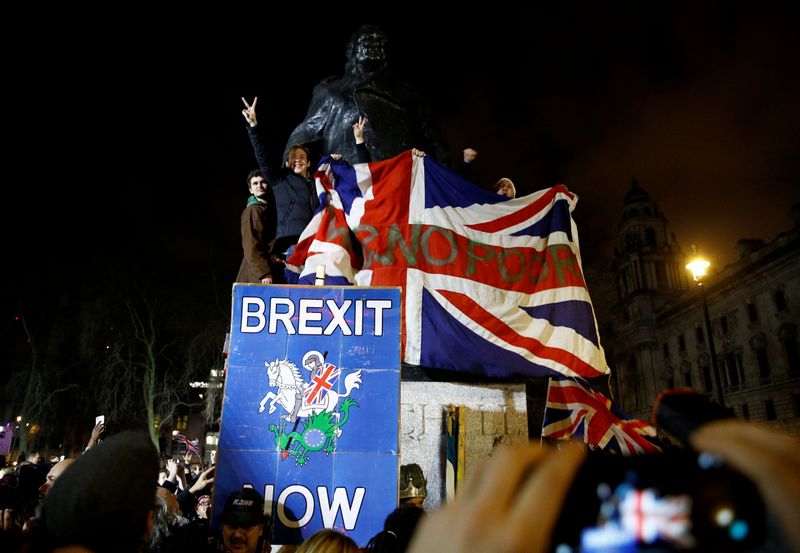 By Huw Jones and Carolyn Cohn

LONDON (Reuters) – Britain will likely secure only temporary access to the European Union financial market under a broader trade deal in which finance may take a back seat to sectors such as fishing, financial industry officials said on Wednesday.

Britain and the EU start talks next week on a trade deal that would come into effect next January after the “standstill” transition period that followed Brexit last month expires.

Europe is Britain’s biggest market for financial services exports, worth about 26 billion pounds annually, and access to the bloc would be under the EU’s “equivalence” system.

This refers to UK rules effectively staying largely aligned with those in the bloc. It offers much patchier access than at present, and can be canceled within 30 days in some cases.

Britain is already technically equivalent but this does not mean equivalence would be switched on and that there could be conditions and trade-offs with other economic sectors, Stephen Jones, chief executive of UK Finance, a banking industry body, told a House of Lords committee.

“If an equivalence designation can be granted, it is likely, I would suggest, to be temporary in almost every case, and it is likely to be capable theoretically of being withdrawn at short notice,” Jones said.

“On that basis, businesses will then have to decide whether (that is) an adequate and robust basis on which to rely on.”

EU equivalence assessments are separate from the trade talks but will be taken into consideration, EU officials have said. The bloc wants access to UK fishing waters, raising the political temperature in Britain.

“Financial services are more important to us than them, there’s a potential opportunity for them to extract other concessions from us,” Bruce Carnegie-Brown, chairman of the Lloyd’s of London insurance market, told the lawmakers.

The financial sector was in a “bad place” due to the financial crisis, which makes it harder for politicians to defend it, Carnegie-Brown said.

“There is some risk that because of its complexity and the fact that it is hard to touch, that the much more tangible issues of things like fish and motor cars are more real for people in terms of Brexit impacts than financial services are.”

Banks that use London as a gateway to the EU have opened hubs in the bloc and the hit to UK tax revenues could be 3-5 billion pounds in the short term, Jones said.

Obtaining equivalence for wholesale financial markets should be a priority given that it would outweigh any benefits from diverging from the bloc’s rules, Jones said.

“We don’t aspire to strike out on our own unless we want to be isolated,” Jones said.