Home
Stocks
CityWatch: New York’s governor offers to help other states now in need
Prev Article Next Article
This post was originally published on this site 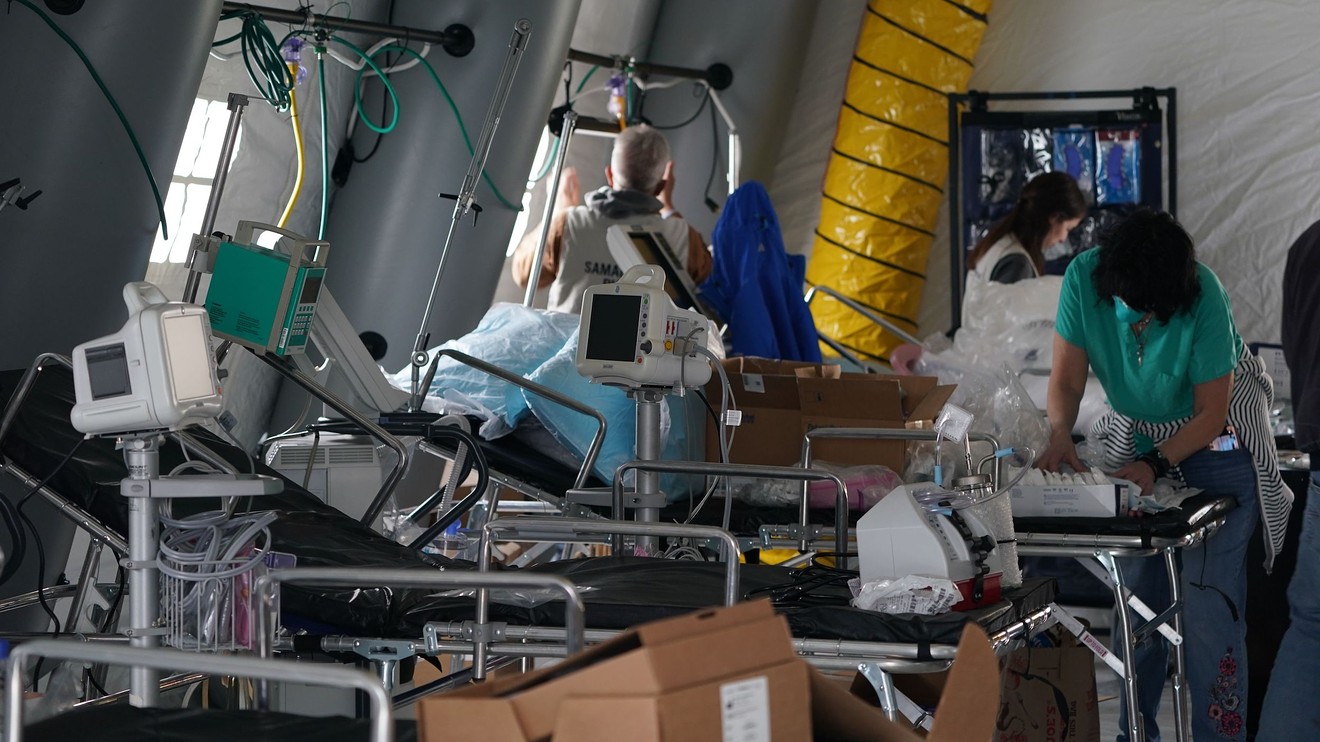 As the country’s daily infection rate has hit an all-time high, New York is offering to lend a hand to other states dealing with a resurgence of COVID-19 cases, Gov. Andrew Cuomo pledged on Friday.

“In our hour of need, we had volunteers from across the country who helped us go from the worst situation in the country to one of the best,” Cuomo said. “We will repay that help and that kindness in any way we can.”

Around 60,000 health-care workers volunteered to come to New York, primarily to New York City, to work in hospitals and makeshift facilities when the pandemic was at its peak in March and April — when nearly 19,000 people were hospitalized with the virus across the state. As of Friday, hospitalizations statewide total 915, the lowest point since mid-March. Daily deaths have plummeted from a peak of near 800 in early April to 14 on Thursday.

See: What we do know — and don’t know — about the coronavirus at day 100 of the pandemic

The progress in the Empire State contrasts sharply with the overall U.S., where some states have had to freeze or walk back their reopenings this week amid a spike in cases. A record number of new cases were registered Thursday, with nearly 40,000 people diagnosed with COVID-19 in one day, according to data from Johns Hopkins University.

Still, his office planned to reach out to those states, as well as Arizona, on Friday to ask if there was anything New York could do to help.

“That collegiality is very important, and New Yorkers were very grateful for the help we received,” he said. Besides 60,000 volunteers, states such as Massachusetts and Oregon lent vital medical equipment to New York at its viral peak.

The governor said his offer is open-ended and includes anything from ventilators, medical staff and technical assistance to the National Guard.

“We will never forget that graciousness, and we will repay it any way we can,” he said.

Meanwhile, Cuomo has doubled down on a quarantine order he announced earlier this week, which requires anyone coming from a viral hotspot — including Florida, Texas, Arizona and the Carolinas—to self-isolate for 14 days. The governor is discussing with airlines whether the state can gather information from incoming passengers, such as temperature checks.

“What is our legal authority and how cooperative would the airlines be?” he said during his Friday news conference. “We’re in the middle of that now.”

The governor also raised the possibility of updating air-conditioning systems in places like malls and theaters to mitigate the risk of them recirculating the virus in the air.

New York’s more cautious approach to crowded indoor spaces comes as New Jersey announced Friday that public schools would reopen to students in the fall. New Jersey’s education department has released an extensive plan that will leave many decisions up to local school districts but requires at least some in-person instruction in September. Students will be asked to wear masks and social distance.