Home
Stocks
Cole Haan is going public: 5 things to know about the shoes and accessories company
Prev Article Next Article
This post was originally published on this site 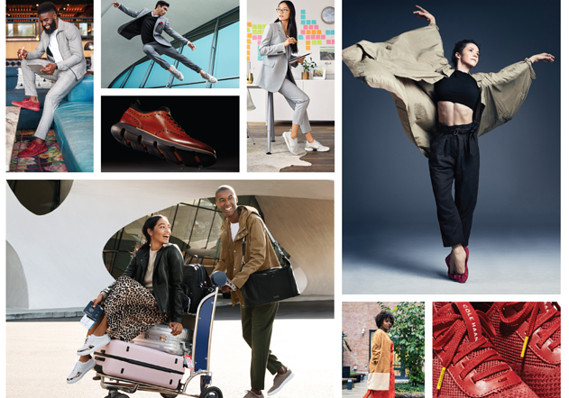 Cole Haan, the shoe-and-accessory maker with a mission to “inspire our customers to live extraordinary lives” through their sneakers, wallets and hosiery has filed to go public, with plans to list on the Nasdaq under the ticker “CLHN.”

With a history that spans 90 years, Cole Haan is a holding company that went private in Feb. 2013 when it was acquired by Apax Partners, a private-equity firm, from Nike Inc. NKE, +1.22% in a $570 million cash deal.

The company’s international segment includes a wholly-owned subsidiary in Japan, where the company has operated for 25 years and has 80 stores.

See: Consumer-facing companies will be the first hit if the coronavirus spreads across the U.S.

The company was founded in 1928 by Trafton Cole and Eddie Haan and became known for comfortable dress shoes, a style that has morphed into current athleisure styles, where stepped-up sneakers are appropriate in the office and during off hours.

Cole Haan says its gear is intended to perform from “work to workout to weekend,” targeting a core customer of men and women between the ages of 24 and 44. Cole Haan’s price point for shoes ranges from $60 to $400, with most items priced between $100 and $200.

The retail and apparel space is a tough one, with well-known brands like Gap Inc. GPS, +0.99% and L Brands Inc.’s LB, -6.03% Victoria’s Secret struggling to remain relevant as tastes and shopping habits shift.

The company said it plans to raise up to $100 million, likely a placeholder sum as it works to determine terms. Nine banks are underwriting the deal, led by BofA Securities, Morgan Stanley, JPMorgan and Goldman Sachs.

Moody’s vice president Raya Sokolyanska is upbeat about the company’s prospects, touting its product and digital marketing as assets.

“Its pivot towards casual and athletic styles enabled it to attract a younger consumer and benefit from the casualization trend,” she said.

Cole Haan has invested more than $100 million in the past seven years to improve technology, digital infrastructure and product innovations. The company’s marketing has also done away with nearly all traditional media in favor of social media, digital advertising, search and other online channels.

“Cole Haan has staged a significant turnaround over the past several years, and has become a rare growth story among private equity-owned apparel and footwear retailers,” Moody’s Sokolyanska said.

Revenue in fiscal 2019 totaled $686.6 million with a direct-to-consumer base of 1.50 million shoppers. Accessories accounted for 7.8% of fiscal 2019 revenue. No price point range was given.

Revenue came to $601.6 million the previous year, with a direct-to-consumer base of 1.06 million.

Also: 5 things to know about J. Crew spinoff Madewell and its upcoming IPO

Here are five things to know about Cole Haan:

Like other recent IPOs, Cole Haan wants to be more than it is

Cole Haan says it’s focused on becoming a “global lifestyle brand” at the intersection of technology with more than 400 patents, issued or pending, and labels like ZeroGrand and GrandSeries.

However, “Cole Haan is a boring, non-tech company that actually generates positive cash flow, which is nice,” said Brian Hamilton, founder of HamiltonIPO.com. “The key here will be the value they are trying to get. If they price within reason, I like them. Beware the valuation.”

Casper Sleep Inc. CSPR, -0.22%, which recently went public, began its IPO journey with a prospectus that focused on sleep as part of overall wellness. Casper sells mattresses in a box.

And Peloton Interactive Inc. PTON, -7.07% billed itself as a connected fitness company. It sells stationary bikes and treadmills that are internet-enabled and interactive.

“We are advocates for extraordinary living,” said Jack Boys, Cole Haan’s chief executive, in a letter attached to the prospectus.

“Today’s Cole Haan was born out of a simple observation—that technology, which is reshaping our personal and professional lives in profound ways, would radically change what consumers need in footwear and lifestyle accessories in ways traditional dress footwear and accessories companies were not embracing.”

The company’s core customers are younger than its execs

Cole Haan’s CEO Boys is 61 years old and has held the position since Feb. 2013 after serving as chief executive of Converse from 2001.

The oldest member of the board of directors is 77. Ashwin Cadambi, at 32 years old, is the youngest of the directors and executive officers. He is a principal at Apax Partners, an organization he has been with since 2012.

Moreover, all of the board members are men. The prospectus says its customer base is equally men and women. Laura Keely, general counsel, is the only woman on the executive team.

Cole Haan will be a controlled company

Apax Partners, Cole Haan’s sponsor, will own a majority of the company shares after the offering closes, giving the firm control over the election and removal of corporate directors, management policies, potential transactions, dividends, and more.

Cole Haan currently expects to use future earnings for operations and business expansion and, therefore, doesn’t plan to pay a dividend on its common stock.

Growth will depend on stores

Despite its shift toward e-commerce and Cole Haan’s stated focus on digital, the company says opening new stores is key to performance. And it acknowledges that it’s a risk.

“We may not be able to maintain the levels of North America direct-to-consumer comparable sales that we have experienced recently,” the prospectus says.

Expanding in North America is a key goal. Revenue in the region in fiscal 2019 was $588.2 million versus $98.4 million internationally. Same-store sales rose 13% in North America.

Still, leasing “substantial” amounts of space is listed as a risk factor in the prospectus, with Cole Haan saying it makes the company vulnerable to changes in the retail market.

The company is also dependent on wholesale partnerships. Department stores like Macy’s have struggled, and brands like Coach, part of Tapestry Inc. TPR, +2.18%, have cut back on wholesale distribution channels in order to preserve the health of their brands. North American wholesale and licensing revenue in fiscal 2019 totaled $246.4 million.

It’s not immune to the coronavirus outbreak

Cole Haan says the coronavirus outbreak could “materially impact” the company’s sourcing and manufacturing, threatening inventory levels. As of Feb. 14, the company said that some of the 18 stores that a distributor operates in greater China had been temporarily shuttered due to the outbreak.

Cole Haan sources its merchandise from 12 suppliers across Vietnam, India and China.

A number of retailers and brands, including Nike and Michael Kors parent Capri Holdings Ltd. CPRI, +4.79% have discussed the impact of the coronavirus outbreak on their businesses.