Home
Stocks
Commodities Corner: Fed move awakens gold, just as supply of the metal hits a snag
Prev Article Next Article
This post was originally published on this site 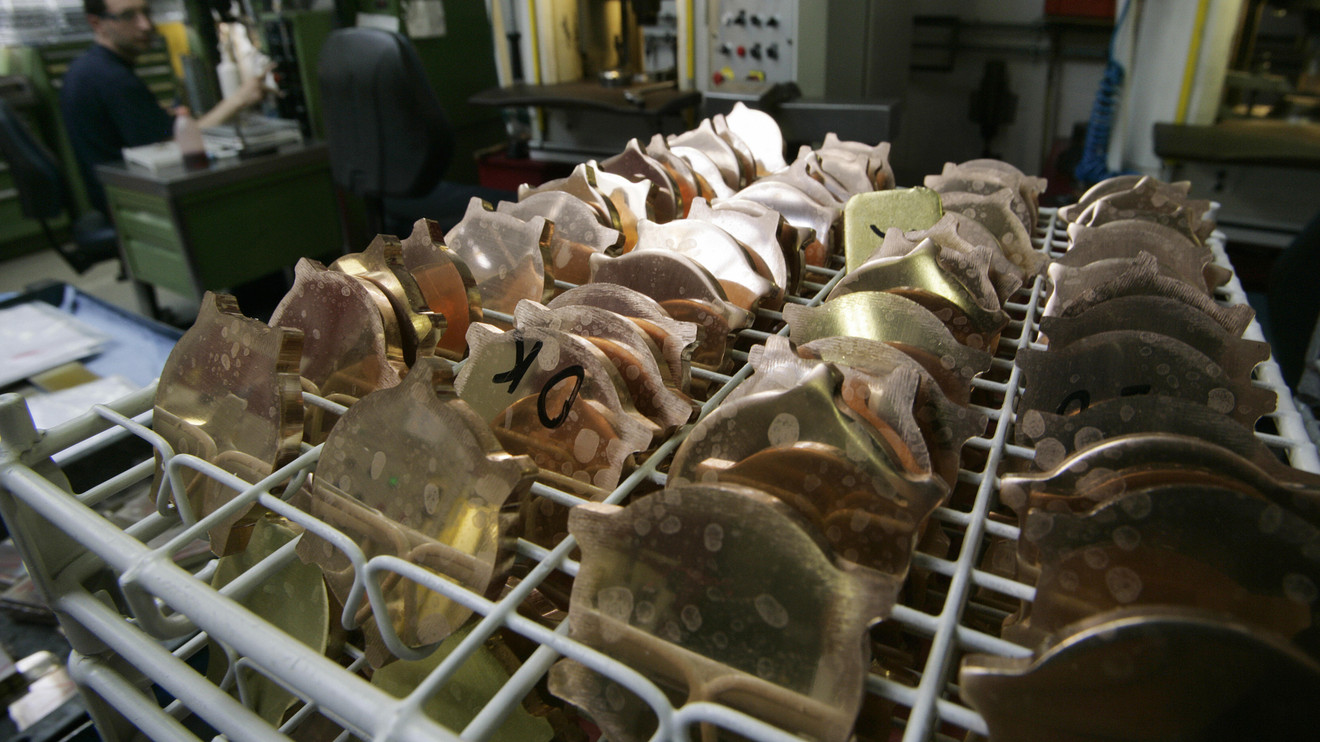 Gold’s one-day dollar surge is one for the record books. But as bullion deliveries hit a snag and mining operations slow, the precious metal may soon see prices rally to new heights.

The move for the metal followed the Federal Reserve’s decision Monday to unleash its balance sheet and purchase an unlimited amount of Treasurys and securities tied to residential and commercial mortgages to ward off a credit crunch, a process known as “quantitative easing” that aims to pump liquidity into frozen financial markets.

Unlimited quantitative easing is a “huge signal, another part of upcoming trillions of new debt monetization,” said Peter Spina, president and chief executive officer at GoldSeek.com. “Many on Wall Street are waking up after the shock” of declines in recent weeks.

“The endless QE to trillions in global liquidity programs are all in gold’s favor among the general turmoil,” he told MarketWatch. “Gold is returning back to its function as a global currency.”

Spina said he would not be shocked if gold moves up $1,700 an ounce by “Friday of this week or next,” and a gold price of $2,000 and higher is possible in the second quarter.

The market may also see a “perfect storm for a super price spike” in the coming months as the supply chain for physical gold bullion breaks down,” he said. There are “going to be difficulties sourcing new supplies in a hot market.”

Demand for bullion has been surging for “many weeks” but refiners are closing down, and miners are shutting production, due to COVID-19 lockdowns, he said. “So with a true gold rush underway, there is a perfect storm brewing for the gold and gold miners.”

Three of the world’s largest gold refineries—Valcambi, Argor-Heraeus and PAMP—said Monday that they have suspended production in Switzerland for at least a week on the back of mandatory closure of non-essential industry in the country to prevent the spread of coronavirus, according to a report from Reuters Monday. The report said the three refineries process around 1,500 metric tons of gold a year, or about a third of total global annual supply.

Bullion services provider GoldCore, based in Dublin, said Monday that it has “experienced record demand in recent days and the global supply of gold and silver bullion coins and gold bars has quickly evaporated.”

Read: Physical demand for silver spikes as price drops to an 11-year low

“Most of the largest gold refineries and mints in the world have closed their refining and minting operations for the next two weeks, and this suspension in production may become longer which …will badly impact supply,” GoldCore said.

Mark O’Byrne, research director at GoldCore, told MarketWatch that the supply issues have to do with gold and silver bullion coins, as well as bars, and it’s a “global phenomenon with dealers in the U.S., U.K., Europe and Asia, selling out.”

A full picture of “demand and supply dynamics” for gold won’t emerge for another month, said Juan Carlos Artigas, director of investment research at the World Gold Council. For now, gold, like most asset classes, is being affected by the “unprecedented economic and financial market condition in play around the globe.”

Recent volatility in the price of gold has been “driven by massive liquidations across all assets, and likely magnified by leveraged positions and rule-based trading,” he said. Still, it remains “one of the best performing asset classes year to date.”

Artigas said gold price volatility may remain “elevated until there’s more clarity of the extent of the impact of the coronavirus pandemic to the global economy and the subsequent measures government will enact to slow down the contagion [and] buffer their economies.”

That said, Artigas expects the “high risk levels in financial markets, combined with the widespread negative real rates and quantitative easing, will be supportive of gold investment demand as a safe haven.”

Meanwhile, O’Byrne referred to the selloff in gold futures as “purely a futures driven phenomenon” and said prices are likely to “bottom soon and then start to rise very sharply as the global precious metals supply chain breaks down.”

Gold futures fell by 2.1% last week, following a hefty loss of more than 9% the week before.

O’Byrne said investors should keep an eye on premiums for bullion coins and bars, as they are a “better price benchmark than the subject-to-margin-call-selling-and-manipulation futures price.”