Home
Stocks
Coronavirus is driving sales of face masks, a game called Plague, and an ‘I Survived Coronavirus 2020’ T-shirt
Prev Article Next Article
This post was originally published on this site 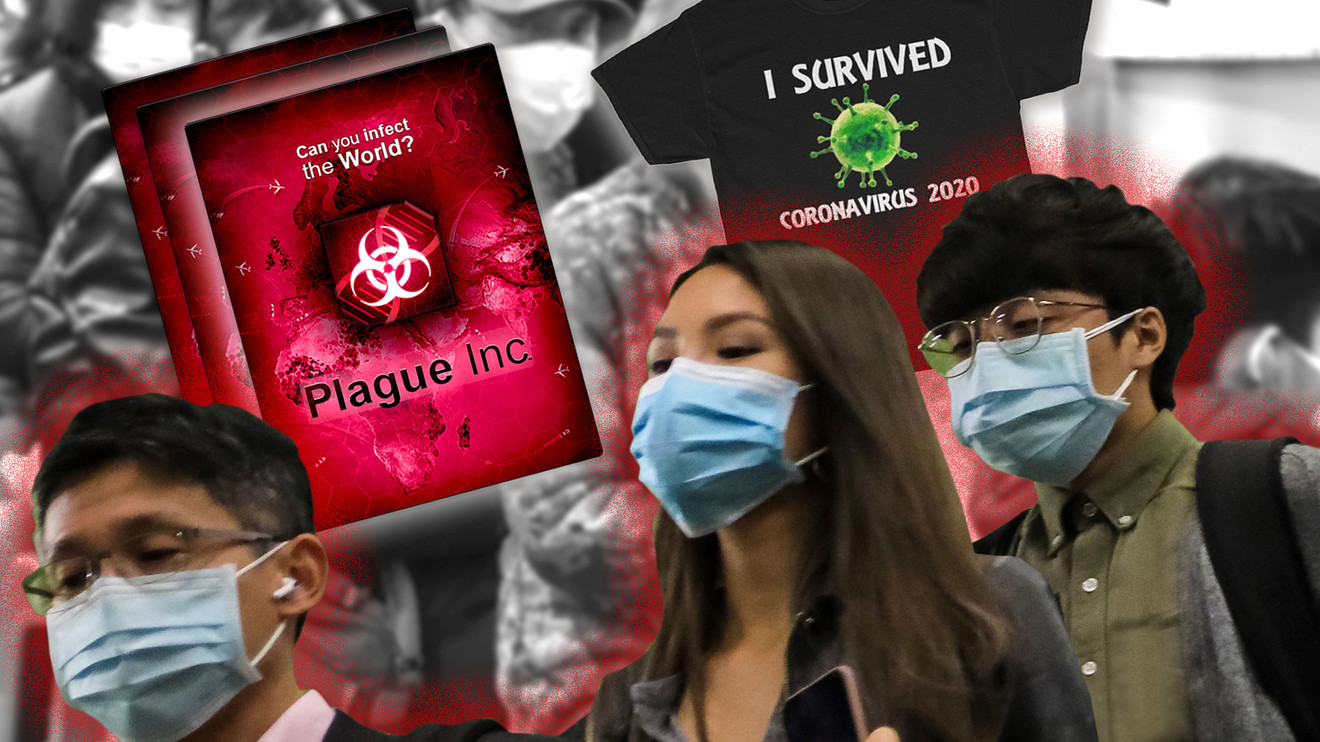 Welcome to the coronavirus marketplace.

Amid rising infection cases and deaths from the new coronavirus, protective gear like face masks and at least one game related to disease outbreak have surged in sales. Meanwhile, some sellers have sought to capitalize on the growing alarm.

Cases of the new coronavirus were first detected in Wuhan, China and have since been reported in nearly a dozen countries, including the U.S. The virus has killed at least 26 people and infected more than 900, mostly in China, according to an NBC News data analysis. The Centers for Disease Control and Prevention confirmed Friday that a second U.S. case had been detected, this time in Chicago.

Face masks are flying off shelves in China

Patients with this strain of coronavirus have reported having a respiratory illness ranging in severity, with symptoms including fever, cough and shortness of breath, the CDC says. While the federal agency said it doesn’t yet know how easily this particular coronavirus spreads — noting that some viruses are more contagious than others — many patients in Wuhan had apparently had contact with a live animal and seafood market, and the infection later appeared to be spreading person-to-person among patients with no exposure to these markets.

“When person-to-person spread has occurred with MERS and SARS, it is thought to have happened via respiratory droplets produced when an infected person coughs or sneezes, similar to how influenza and other respiratory pathogens spread,” the CDC says on its website. “Spread of SARS and MERS between people has generally occurred between close contacts.”

Accordingly, face masks have flown off shelves, reportedly prompting factories to reopen ahead of China’s Lunar New Year celebrations. Cao Jun, the general manager for Lanhine, a mask manufacturer in China, suggested to Reuters this week that a nationwide mask shortage was “much, much more severe than what the public knows.” All told, client demand has reached a cumulative 200 million masks a day, he said — dwarfing Lanhine’s typical daily output of 400,000.

“At the moment, we have 20-plus people in the factory, working 24 hours. We’re offering them quadruple their wages per day,” Cao told Reuters. “We aim to ramp up output on Jan. 27 and be at full capacity on Feb. 1, when we’d have nearly 200 workers.”

Alibaba-owned BABA, -2.46%   retailer Taobao sold some 80 million face masks on Monday and Tuesday, the BBC reported, and cautioned sellers against hiking up prices after reports of people flipping masks for profit.

A spokesman for Honeywell HON, -1.36% , a leading manufacturer of protective face masks, told MarketWatch the company was experiencing “a surge in demand” in North America, Europe and China. He declined to disclose specific sales figures.

“We are increasing production at multiple facilities globally, and we are fulfilling all current orders,” the spokesman said. “In China, our products are available from JD.com and TMALL.com, and in the U.S. and Europe, they can be found at a number of retailers, including Amazon.” AMZN, -1.22%

One eBay seller is hawking a ‘coronavirus protection kit’

Consumers haven’t limited their virus-preparation measures to safety products. The strategy and simulation game Plague Inc., which has players “bring about the end of human history by evolving a deadly, global plague” as the world scrambles to defend itself, became China’s best-selling app on Wednesday, according to the BBC. The game sells on Apple’s AAPL, -0.29%   App Store for $0.99.

In its eight years of existence, Plague Inc. has typically seen a increase in players during disease outbreaks “as people seek to find out more about how diseases spread and to understand the complexities of viral outbreaks,” the game’s U.K.-based developer, Ndemic Creations, said Friday in a statement posted to Twitter TWTR, -2.07%.

“We specifically designed the game to be realistic and informative, while not sensationalising serious real-world issues,” the statement read. “However, please remember that Plague Inc. is a game, not a scientific model and that the current coronavirus outbreak is a very real situation which is impacting a huge number of people.” The developer directed players to the World Health Organization’s resources on coronavirus.

T-shirts in questionable taste and a timely Netflix series

Of course, however scant, there is online merchandise — including an “I Survived Coronavirus 2020” T-shirt ($16.49) on Etsy ETSY, +0.58% that’s described as a possible “instant favorite in every nurse’s wardrobe” and a “Corona Virus” shirt ($21.98) on Redbubble that’s styled with the AB InBev-owned BUD, -0.66%  Mexican lager brand’s logo. (AB InBev did not respond immediately to a request for comment.)

Netflix NFLX, +1.02%   inadvertently got in on the viral marketing, debuting its six-part docuseries “Pandemic: How to Prevent an Outbreak,” which profiles health-care professionals and their efforts to battle virus outbreaks, this week. Netflix did not immediately respond to a request for comment on the release timing, but executive producer Sheri Fink addressed speculation in a Twitter thread.

“At times like these, many people’s thoughts turn to the existential threat to humanity posed by viruses,” Fink said. “But across the world each day, people work fiercely to protect us. Pandemic follows them.”

“No, we didn’t know there would be a scary outbreak on Pandemic’s long-planned release date (please),” she added. “But this highlights the point: the risk never eases.”