Home
Market
Coronavirus, politics and trade compound problems for Airbus A330neo
Prev Article Next Article
This post was originally published on this sitehttps://i-invdn-com.akamaized.net/trkd-images/LYNXMPEG241KY_L.jpg 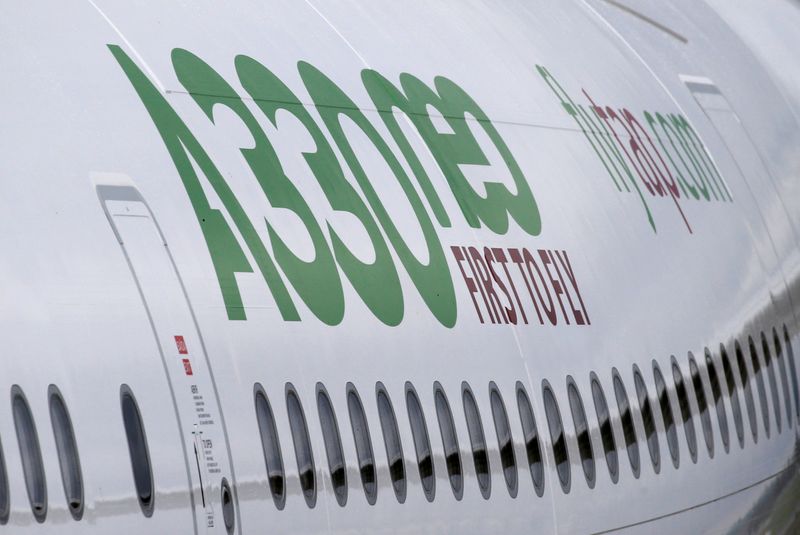 PARIS (Reuters) – Airbus (PA:) is battling to shore up support for its A330neo wide-body passenger jet as the coronavirus crisis, geopolitics and trade wars raise fresh questions over demand for the aircraft, industry sources said.

The response has included Airbus focusing on A330neo sales ahead of other models, pressing for Chinese sales in expectation of the country’s eventual economic recovery while also trying to tie orders to sales of its smaller A321XLR jets, which are in higher demand.

The European planemaker trimmed A330 output in January to a little more than three a month, from about four a month in 2019, and has not ruled out reversing that in 2021, people close to the company said. After that, the picture is much less clear, with doubts over dozens of existing orders as the coronavirus crisis deepens.

“2020 represents the trough (in production),” a person familiar with the program said.

“We gave guidance in February and we are closely monitoring the situation,” an Airbus spokesman said.

Industry sources said the long-stalled AirAsiaX order had been restructured and built into revised planning last year, when it was expanded from 66 aircraft to 78.

That latest tranche of 12 jets is seen as more deliverable than the earlier 66, one of the sources said. Others questioned whether the cash-strapped airline would take any of the jets.

Financiers have said that rival Boeing (N:) cut prices of some of its 787s to counter the A330neo, the launch of which was also disrupted by a glut of large jets. Boeing officials have denied launching a price war.

Pressure mounted as AirAsiaX ran into financial problems and the collapse of a nuclear deal between Iran and the West scuppered another 28 orders. Together AirAsiaX and IranAir represent a third of the 292 undelivered jets on order.

Airbus has had a number of breakthroughs, however, including a recent sale to GECAS, the leasing affiliate of engine maker General Electric (N:). GECAS only very rarely jets powered by Rolls-Royce (L:) engines, such as the A330neo.

But efforts to maintain that momentum are being undermined by market forces, analysts said, with Agency Partners analyst Sash Tusa predicting that A330 deliveries will slide by a further 25% to 30 planes in 2021.

Losing the A330neo would present a strategic headache, making Airbus largely dependent on its A350-900 in the lucrative wide-body market. The smaller of two A350 versions already represents almost 50% of its wide-body order backlog.

Airbus has said that both the A330neo and larger A350-1000 will emerge strengthened as airlines renew fleets.

However, strategists also worry that A330neo problems could speed polarization in an industry in which Boeing dominates the wide-body segment and Airbus – buoyed by its A321XLR and the grounding of the Boeing 737 MAX – leads the narrow-body field.

In a surprise bid to boost the program, Airbus recently struck a deal to sell 40 of its A330neo jets to troubled HNA Group’s Hainan Airlines, Reuters China reported.

It appears to have gambled that Hainan would be bailed out or bought by stronger Chinese carriers, winning the A330neo a valuable place in their fleets, analysts said. HNA has asked for government help, but the outcome of the politically sensitive shake-up is far from clear.

Analysts say the cost of such deals can be high. One source said Airbus could lose as many as 23 orders for the A350 and five for the older A330ceo as part of the HNA restructuring.

Tusa said that leaves the A330neo’s future largely in the hands of U.S. carrier Delta Air Lines (N:), which has been caught up in a separate political row.

Delta has ordered 35 jets but faces tariffs on the A330neo as part of a long-running trade battle between the United States and Europe. Delta had no immediate comment.