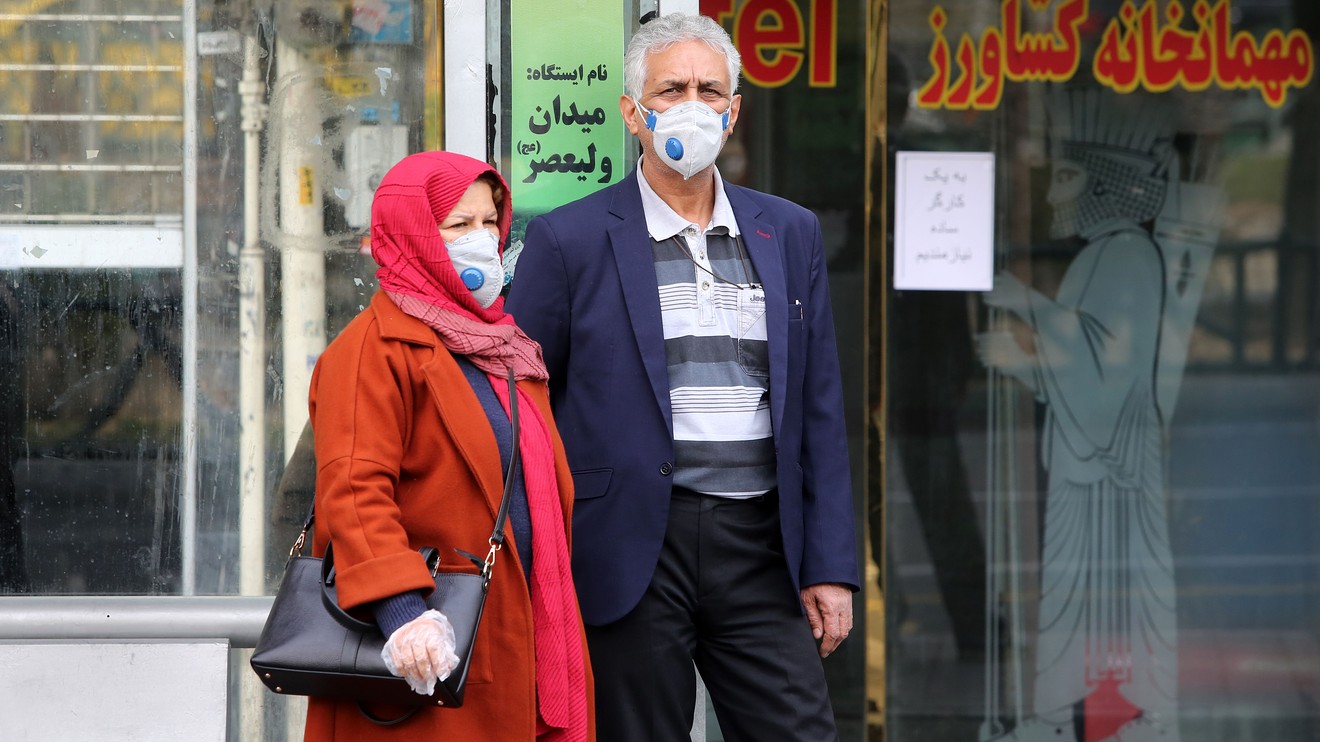 The emergence of COVID-19 clusters in Iran and Italy have sparked concerns among investors about whether the outbreak of the novel coronavirus is — or will be — a pandemic.

“Such a pandemic would rattle the global economy, leading to a recession as deep as the one in 2008/09,” BCA Research’s Peter Berezin wrote in a note. “Demand for most items other than necessities would collapse. Business and leisure travel would fizzle. The global supply chain would seize up.”

“COVID-19 now satisfies the definition of global pandemic (though not clear if WHO will label it as such) and widens [the] potential economic impact,” Cowen analysts wrote Monday.

WHO officials haven’t done so. On Monday, they said that while the outbreak has the potential to become a pandemic, indicating there would be sustained human-to-human transmission of the virus on at least two continents, it has not yet reached that level. The last time WHO declared a pandemic was in 2009 for the H1N1 influenza, also called swine flu, which caused $1.1 billion in annual “socioeconomic” costs. “We are not witnessing the uncontained global spread of this virus,” Dr. Tedros Adhanom Ghebreyesus, WHO’s director-general, told reporters. “What we are seeing are epidemics in different parts of the world, affecting countries in different ways.”

However, Tedros said that the rise in cases in Iran, Italy and South Korea, which now has 833 infections and one death, is “deeply concerning.”

The health organization shared new findings about the virus from the delegation it sent to China. The fatality rate in Wuhan, China, considered the epicenter of the outbreak, is between 2% and 4%. Outside of Wuhan, it is thought to be 0.7%. (Severe acute respiratory syndrome (SARS) had a fatality rate of 10%.) For mild cases, recovery can take two weeks, while severe cases may need up to six weeks to recover. Officials are expected to release additional information about the WHO visit to Hubei Province on Tuesday.

Outside of mainland China, the countries with infection clusters have largely been able to tie transmission to specific events. In Singapore, that was a conference. In Japan, many cases were attributed to passengers on the Diamond Princess cruise ship, which has been docked at port in Yokohama, Japan. In Iran and South Korea, officials are looking into large gatherings of people attending religious events. “Each country is a different dynamic,” Dr. Michael Ryan, executive director of the WHO Health Emergencies Program, said during a news conference on Monday. “What we don’t understand yet in COVID-19 are the absolute transmission dynamics.”

In the U.S., there are 35 cases, a tally that includes the 21 people who were repatriated to the U.S. from the Diamond Princess and from Wuhan. Until recently, the majority of cases confirmed outside of China have been in people who have recently traveled to mainland China; for example, only two of the 14 cases diagnosed in the U.S. occurred after a local transmission. In both cases, it was a spouse of an individual who had recently traveled to China. That is similar to what officials are seeing in China. Most clusters there are in families, Ryan said.

Here’s what companies are saying about the COVID-19 impact:

• L’Oréal told investors that the impact from the outbreak will be temporary, based on the cosmetics maker’s experience with the outbreaks of SARS in 2003 and Middle East respiratory syndrome (MERS) in 2015. What is different about this outbreak, however, is L’Oréal’s e-commerce sales of beauty products in China are stronger so far in February than they were this month last year. “This crisis will even strengthen the position of the e-commerce players in China,” CEO Jean-Paul Agon told investors on Monday at an analyst conference.

• Ascential PLC ASCL, +3.84%, an events company, told investors that Chinese investors make up less than 5% of its revenue and only 2% of attendees at the Cannes Lions International Festival of Creativity, an annual advertising event held in June in the south of France. The company said it has not seen a material impact from the outbreak. “I do think it is too early for us to say anything other than we don’t expect from what we know today, any major impact on our major events,” an executive said on its earnings call.

• The Biotechnology Innovation Organization canceled the annual BIO Asia conference in Tokyo, which was scheduled to take place March 10 and 11 over COVID-19 concerns.

• Trip.com TCOM, -5.69%, a Shanghai-based travel services company, rescheduled its fourth-quarter and full-year earnings to March 18 “due to the evolving situation brought on by the novel coronavirus outbreak in China.”

• Shares of Zoom Video Communications Inc. ZM, +1.16%  are up more than 6% in Monday trading amid COVID-19. Zoom markets software that allows employees to conduct video-conference meetings and otherwise engage in remote work, and the stock has surged at times during the coronavirus outbreak on the expectation that more countries and companies would urge employees to work from home, thus creating new demand for remote-work tools.