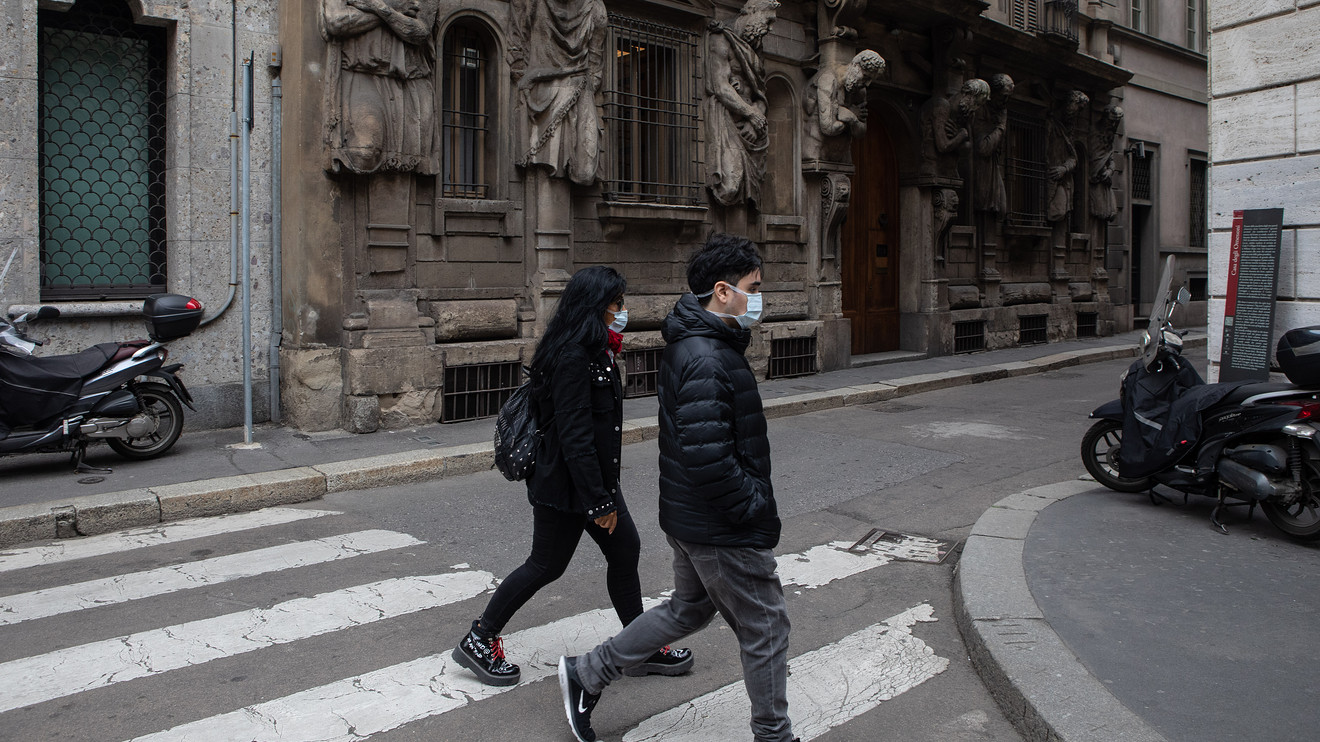 An official at the Centers for Disease Control and Prevention (CDC) on Tuesday said Americans should prepare for community spread of COVID-19 and “that their lives will be disrupted” after recent instances of community spread have been reported in Iran, Italy and South Korea.

That uptick in cases of the novel coronavirus over the weekend in those three countries sent markets into a tailspin on Monday over concerns that the virus, which until now has been largely contained to China, would turn into a pandemic. (As of Tuesday, the outbreak has still primarily impacted China, which has reported nearly 99% of the deaths and 97% of cases.)

Dr. Nancy Messonnier, director of the Center for the CDC’s National Center for Immunization and Respiratory Diseases, said Tuesday that Americans should talk to their children’s schools about contingency education and childcare plans and tele-working options at work if community spread is reported in the U.S. When asked by a reporter on a conference call if her tone had changed compared to previous calls, Messonnier said: “The data over the last week and the spread in other countries has certainly raised our level of concern and our level of expectation that we are going to have community spread here … That’s why we are asking folks in every sector and in their families to plan for this.”

The number of worldwide cases of COVID-19 continues to rise; there are now 80,238 cases in 34 countries and at least 2,700 deaths, according to the World Health Organization (WHO).

While the number of new daily cases in China is waning, the number of new nations to report cases is rising as are the total cases in South Korea, which have soared, with 977 sickened and 10 dead. The government there on Tuesday announced a series of initiatives aimed at stemming the outbreak, including raising its infectious disease alert to the highest level and forbidding entry into the country from Hubei Province and Wuhan, the city in Hubei where the virus was first detected in December.

The South Korea outbreak arose largely from a religious event in Daegu. Since then, all citizens in that city have been asked not to leave their homes for two weeks.

The State Department on Saturday raised the travel warning levels for Japan and South Korea to a Level 2 warning, which urges people to exercise caution before traveling to those countries. It had raised Hong Kong to a Level 2 warning on Feb. 20. China has a Level 4 warning; the State Department is telling Americans not to travel to China right now.

Italy is now reporting a number of infection clusters, primarily in Northern Italy, with 227 sickened and six dead. Cases there are largely mild; however, WHO officials said Monday that the “rapid increase in reported cases in Italy over the past two days is of concern,” particularly given the likely instances of human-to-human transmission of the virus. Italy has closed schools and bars and canceled mass gatherings such as sporting events in the regions where cases have been reported.

Iran has 61 cases and 12 deaths. In the U.S., there are now 57 cases, driven by an uptick in positive tests among those individuals who were repatriated from the Diamond Princess cruise ship in Yokohama, Japan. Kuwait is one of the newest nations to report a case, now with a total of eight cases. According to Reuters, Austria, Spain and Switzerland have also confirmed their first cases. Croatia’s health ministry confirmed its first case.

President Donald Trump had tweeted Monday that the virus is “very much under control” in the U.S.

The Coronavirus is very much under control in the USA. We are in contact with everyone and all relevant countries. CDC & World Health have been working hard and very smart. Stock Market starting to look very good to me!

The Trump administration on Monday requested about $2.5 billion in funding for the outbreak, and Health and Human Services Secretary Alex Azar is expected to face questions about the outbreak and the U.S. response in his four scheduled appearances on Capitol Hill this week, Raymond James’ Chris Meekins said in a note on Tuesday. “We continue to believe the virus is likely to get worse before it gets better, and that this issue will stretch at least into 2Q20,” he added.

Here’s what companies are saying about the impact of COVID-19:

• Wolverine World Wide Inc. WWW, -1.08% provided a downbeat full-year outlook, citing the negative impact of the coronavirus outbreak on its shoe brands, which include Hush Puppies, Sperry, and Stride Rite. The company reported a net loss of $900,000, or 1 cent a share, in the latest quarter, after earnings of $39.3 million, or 39 cents a share, in the year-ago period.

• United Airlines Holdings Inc. UAL, -3.98%  on Monday rescinded its annual revenue guidance for 2020, saying the outbreak is too unpredictable to ensure that the forecast it issued two months ago will hold up. The airline has suspended flights to and from the Chinese cities of Beijing, Chengdu, and Shanghai as well as Hong Kong through April 24. Those flights were expected to make up 5% of United’s 2020 planning capacity. As such, United “is experiencing an approximately 100% decline in near-term demand to China and an approximately 75% decline in near-term demand on the rest of the Company’s trans-Pacific routes.”

• Mastercard Inc. MA, -4.64%  said Monday it expects to shave 2 to 3 percentage points from its first-quarter revenue guidance because of the impact of COVID-19 on “cross-border travel and, to a lesser extent, cross-border e-commerce growth.”

• HP Inc. HPQ, +6.74%  said it expects a “negative impact to our top line, bottom line and [free cash flow],” citing delayed production and manufacturing timelines. The technology giant said when taking into account the outbreak, it now anticipates earnings per share of 46 cents to 50 cents and adjusted EPS of 49 cents to 53 cents.

• The Coca-Cola Co. KO, -0.15%  said the outbreak “will negatively impact our unit case volume and financial results for the first quarter of 2020” because the drinks maker has seen delays in the production and export of ingredients used in nonnutritive sweeteners. It doesn’t expect a hit to its full-year results for now.

Prepare now for the post-coronavirus bond market, this investor says