Home
Stocks
Coronavirus update: 82,549 cases, 2,810 deaths, 1 possible case of spread in the U.S., Trump administration response under scrutiny
Prev Article Next Article
This post was originally published on this site 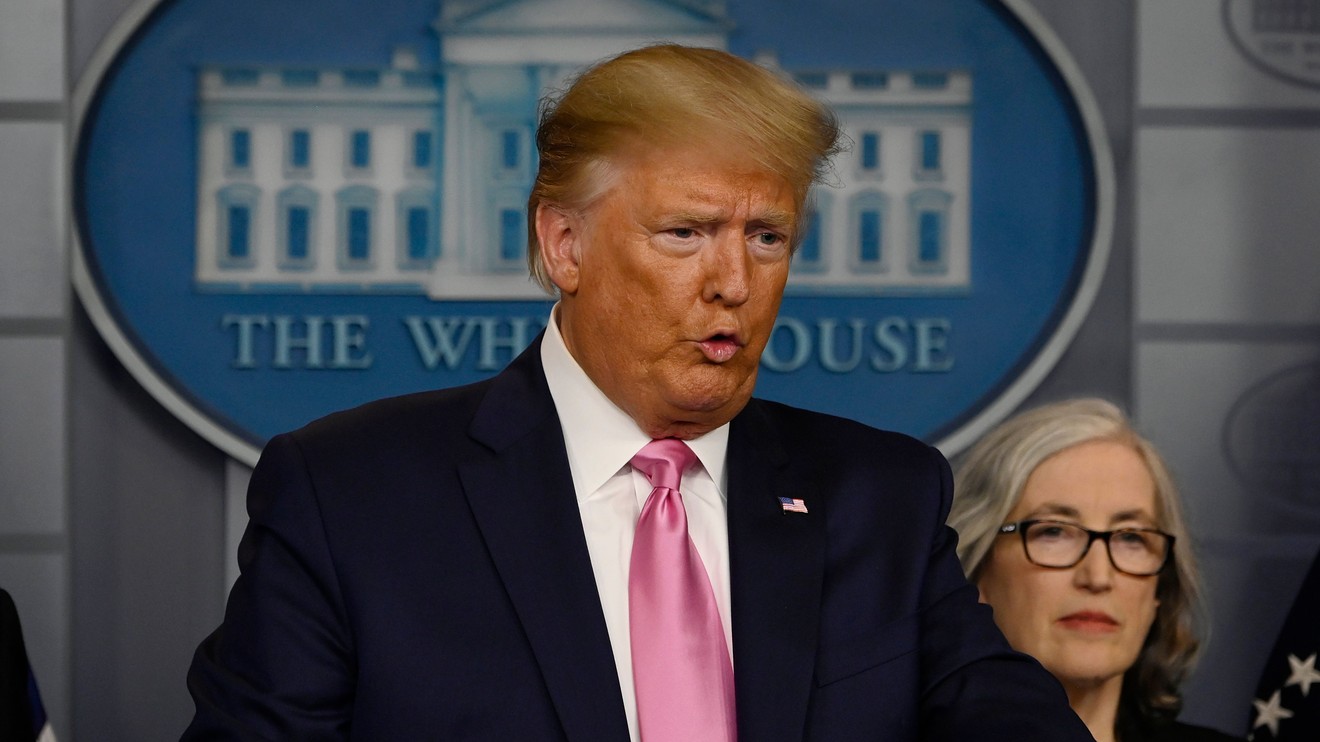 An individual in California who tested positive for COVID-19 had not traveled to an affected country or likely been in contact with another confirmed case, marking the first time that the novel coronavirus has spread in the U.S. without a known source of infection.

This is an indicator that the outbreak could now spread much more quickly in the U.S.

The latest case, who is in Northern California, was identified by “astute clinicians,” the Centers for Disease Control and Prevention (CDC) said Wednesday night, about an hour after President Donald Trump held a news conference aiming to ease American worries about the outbreak.

The UC Davis Medical Center officials treating the patient said it took five days for the CDC to agree to conduct a test.

“It’s possible this could be an instance of community spread of COVID-19,” the CDC said. “It’s also possible, however, that the patient may have been exposed to a returned traveler who was infected.”

There are now 60 cases of COVID-19 in the U.S. That includes 45 people who were repatriated from the Diamond Princess cruise ship docked in Yokohama, Japan, and from Wuhan, China, considered the epicenter of the epidemic, and 15 cases of people who had either recently been to China or had become infected from a spouse who had been to China. In California, there are at least 11 confirmed cases of COVID-19, including some repatriated citizens who have been quarantined at Marine Corps Air Station Miramar in San Diego. At least four counties (Orange County, San Diego, San Francisco, and Santa Clara) in California have declared emergencies.

A sharp increase in the number of cases and deaths over the weekend in Iran, Italy and South Korea stressed markets early in the week as investors worried that an outbreak that has primarily impacted China could spread to other parts of the world. The outbreak there has led to the closures of factories, restaurants, bars, and shops, snarled supply chains, disrupted travel, forced companies to lower guidance for the quarter, and led some countries including the U.S. to close their borders to recent travelers from mainland China.

Worldwide, there are now 82,549 cases of COVID-19, at least 2,810 deaths, and about 33,252 people, primarily in China’s Hubei Province, have recovered, according to the latest figures from the Johns Hopkins Whiting School of Engineering’s Centers for Systems Science and Engineering. The virus was first detected in December in Wuhan, China, a city in Hubei Province.

“This virus has pandemic potential,” Dr. Tedros Adhanom Ghebreyesus, WHO’s director-general, said during a news conference on Thursday. Still, he urged people and nations to “calm down and do the right things to fight this very dangerous virus.”

In the U.S., which has had a fairly flat number of cases compared with countries like Iran and Italy, criticism is mounting about the Trump administration’s response to the outbreak, with critics taking aim at the CDC’s testing procedures, its messaging, and plans for preparedness.

“The administration did some very good things, but I think they’re sending a lot of mixed messages and they should stop,” New York City Mayor Bill de Blasio said during a news conference on Wednesday. “They should just get [on] one page. It should be, this is going to be with us for a long time until further notice. We all have to work together. Localities have to be empowered.”

De Blasio called for the CDC to issue additional screening requirements for travelers coming into the U.S. from regions with community spread, including Hong Kong, Italy and South Korea, and to loosen its requirements about lab testing, to allow local laboratories to more quickly conduct all steps of the test. Questions have previously arisen about the quality of the CDC-developed test that has been shipped to other states.

Dr. Nancy Messonnier, director of the CDC’s National Center for Immunization and Respiratory Disease, on Monday urged Americans to begin planning for an outbreak, telling them to talk to their children’s schools about the possibility of closures and to ask their employers about work-from-home policies. Later that day, health officials attempted to soften her comments, with Health and Human Services Secretary Alex Azar saying: “We hope that we don’t face those kinds of eventualities, but transparency is being candid with people.”

Trump’s decision to put Vice President Michael Pence in charge of the U.S.’s COVID-19 response has also prompted questions. “The Vice President, to our knowledge, does not have any extensive experience with outbreaks,” Chris Meekins, a Raymond James analyst and former HHS official, wrote in a note on Thursday. “There is also a question about whether this action will create uncertainty in HHS and actually make the response more difficult.”

Here’s what companies are saying about the virus:

• Best Buy Inc. BBY, -1.16%  , which sources a lot of its consumer electronics products from China, said it assumes that most of the impact from the coronavirus will happen during the first half of the year. “Therefore, we view this as a relatively short-term disruption that does not impact our long-term strategy and initiatives,” Chief Financial Officer Matt Bilunas said in a statement. “Our guidance ranges for both Q1 and the full year reflect our best estimates of the impacts at this time.” On the company’s earnings call, executives stressed that it was still a fluid situation and they are attempting to gauge when factories will be fully back up and running and whether global vendors have sufficient inventory.

• Crocs Inc. CROX, -15.38%   expects first-quarter revenue to be hurt by $20 million to $30 million due to disruptions in Asia from the coronavirus. The casual shoe maker said many of its sellers in China remain closed, with those that are open seeing reduced operating hours and traffic, with traffic declines expanding throughout Asia.

• JetBlue Airways Corp. JBLU, -4.44%   said it will halt change and cancel fees for new flight bookings starting Thursday through March 11 for travel completed by June 1. “The policy is designed to give customers confidence that they will not be charged any JetBlue fees for changes or cancellations later given evolving coronavirus concerns,” the airline said in a statement. The move will apply to all fares offered by JetBlue, including its cheapest fares, which generally do not allow for any changes or cancellations.

• Marriott International Inc. MAR, +2.90%   said while it could not “fully estimate the financial impact” from COVID-19, it would be “material to first quarter and full-year 2020 results.”

• Microsoft Corp. MSFT, -2.99%   warned that it will not meet guidance for its fiscal third quarter due to COVID-19. Microsoft in late January guided for fiscal third-quarter sales for its More Personal Computing segment of $10.75 billion to $11.15 billion, which “included a wider-than-usual range to reflect uncertainty related to the public health situation in China.” While there’s “strong” demand for Windows in line with the company’s expectations, the supply chain “is returning to normal operations at a slower pace than anticipated. All other components of its Q3 guidance remain unchanged, Microsoft said.

• PayPal Holdings Inc. PYPL, -0.03%   expects the coronavirus to have a negative revenue impact of 1 percentage point for the March quarter and is expecting revenue for the quarter to fall toward the low end of its guidance of $4.78 billion to $4.84 billion. “Stronger performance quarter-to-date across our diversified business is partially offsetting this one percentage point negative impact,” PayPal said.

• Sanderson Farms Inc. SAFM, -0.84%   said the outbreak of African swine fever in China should eventually boost the poultry market in the U.S., but COVID-19 is now disrupting markets in China, depressing demand, hurting shipping and supply chain logistics and slowing China’s economic growth rate. The chicken meat producer said the Chinese lifting of the ban on chicken from the U.S. had led to orders for about 18 million pounds of chicken products.

• Workday Inc. WDAY, -1.74%   said it has pulled the plug on an internal sales conference in Orlando, Fla., set for next week that was expected to draw more than 3,000 people. The decision was made because of the spread of the coronavirus.

Consumer-facing companies will be the first hit if the coronavirus spreads across the U.S.

More new cases of coronavirus confirmed outside of China for the first time: WHO