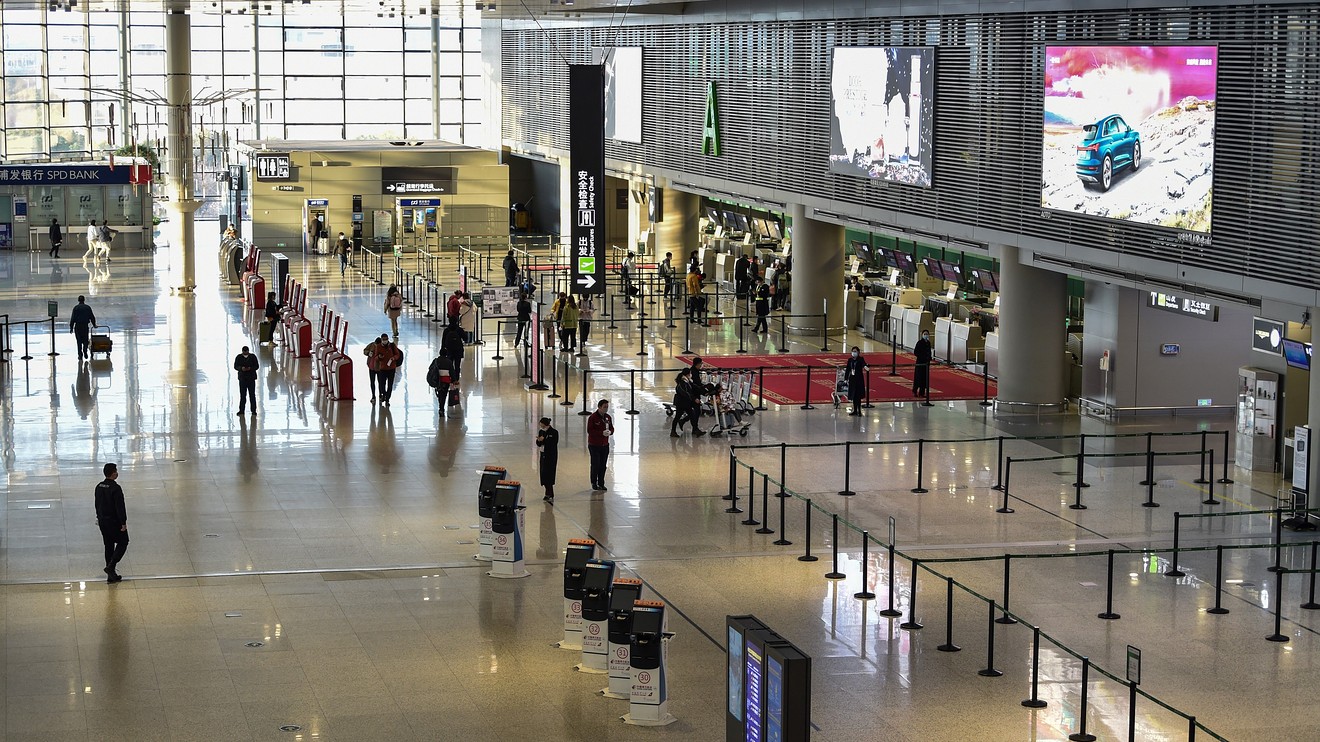 The number of COVID-19 cases in the U.S. is rising, with new cases emerging in New Jersey and New York and the first death recorded in California.

At least 164 people have tested positive for COVID-19 in the U.S. and 11 people have died, according to the latest figures from the Johns Hopkins Whiting School of Engineering’s Centers for Systems Science and Engineering.

In Washington state’s King County, which has reported a cluster of COVID-19 infections and 10 deaths, public health officials have recommended that people consider postponing events or gatherings and should avoid visiting hospitals or nursing homes. The local health department doesn’t recommend closing schools.

A series of travel restrictions put in place by various governments as well as policies from large employers recommending that workers reconsider business and personal travel in some instances is negatively impacting the travel industry.

Following a day during which several airline CEOs met with President Donald Trump at the White House, airline stocks suffered a broad selloff. The outbreak has prompted airlines to reduce and temporarily cancel flights in Italy and parts of Asia and to issue unit revenue warnings.

The U.S. Global Jets ETF JETS, -8.23% dropped 3.6% ahead of the market opening on Thursday. Other examples include: United Airlines Holdings Inc.’s UAL, -9.77% stock slid 3.8% after the company said late Wednesday it would cut its flight schedule, freeze hiring and ask employees to take unpaid leave amid weak demand; shares of Southwest Airlines Co. LUV, -4.70% shed 3.1% after the carrier lowered its first-quarter growth guidance on revenue per available seat mile to down 2% to up 1% from a prior range of up 3.5% to 5.5%; and Flybe Group Ltd., a privately held domestic air carrier in the U.K, has collapsed into administration because of the COVID-19 outbreak, with all flights being grounded. Elsewhere, shares of American Airlines Group Inc. AAL, -11.76% declined 4.2%, Delta Air Lines Inc. DAL, -8.18% fell 3.8% and JetBlue Airways Corp. JBLU, -10.84% lost 4.1%

American Express Co. AXP, -3.95% CFO Jeffrey Campbell said 8% of the company’s billings volume comes from airlines. In mainland China, Hong Kong, Japan, Taiwan, and Singapore, “you do see for those countries material reductions in travel, both inside the countries and in and out of the country and that has caused a moderation in spending trends in those countries that for those countries is material,” he said at a conference. “But for our overall company, that is not a material part of our business.”

Here’s what companies are saying about the COVID-19 impact:

• Aflac Inc. AFL, -6.12% told investors that a temporary staff employee in Japan tested positive for COVID-19 on Tuesday. The insurer is quarantining other employees who have had contact with that individual. Other initiatives include “staggering work hours, teleworking, limiting face-to-face meetings and trainings with multiple participants and restricting domestic and overseas business travel.”

• Zoom Video Communications Inc. ZM, +7.49%, which has seen its stock jump as more employers talk about having their workers work from home to prevent the spread of the virus said all employees at its headquarters in San Jose, Calif., have been told to work from home. “We have definitely seen an uptick in usage, but a lot of that is on the free side,” Zoom CFO Kelly Steckelberg said during an earnings call.

• Lyft Inc. LYFT, -6.97% reported its “biggest week in our history in terms of both revenue and rides,” potentially driven by fear of the contracting the coronavirus on public transportation, CFO Brian Roberts said at a technology summit.

• Centene Corp. CNC, -3.57%, a managed care provider, told investors it has not yet seen a “big uptick” in claims related to the coronavirus. “In this case, my concern is that there aren’t a lot of [tests] available. It’s undersupplied,” CEO Michael Neidorff told investors. “As we look at it, it’s business as usual at this point.”

• Abercrombie & Fitch Co. ANF, -11.73% expects an adverse impact of $60 million to $80 million on sales this year as a result of the outbreak. It has also lost $4 million “primarily from store closures in mainland China due to the coronavirus.” Abercrombie’s Asia-Pacific region made up less than 10% of 2019 sales, and its total manufacturing exposure to China was 22% in fiscal 2019. “We’ve given ourselves some provision I guess I would say on the European tourism business to continue to suffer a little bit as the travel restrictions get more and more intense,” CFO Scott Lipesky said during an earnings call, according to a FactSet transcript.

• HSBC Holdings PLC HSBC, -2.04% reportedly evacuated part of its Canary Wharf London offices after an analyst contracted the virus, Financial News reported, citing people familiar with the matter. The bank evacuated its research department and is now deep cleaning the area, those sources say, according to the report. HSBC employs around 40,000 people in the U.K.

• ViacomCBS Inc. VIAC, -6.06% told investors that it is delaying the release of the “Sonic the Hedgehog” move in some Asian markets because of the outbreak, while MGM and Universal Studios said Wednesday that “No Time to Die,” the release of the next iteration of the James Bond movies, will be postponed until November.

‘No one should hesitate to seek treatment.’ How much does it cost to get tested for coronavirus? The answer is complicated

Coronavirus and cannabis: Vape supply is a concern due to China shutdown