Home
Stocks
Coronavirus update: At least 425 deaths, 176 confirmed cases outside of China, S&P predicts outbreak will stabilize in April
Prev Article Next Article
This post was originally published on this site 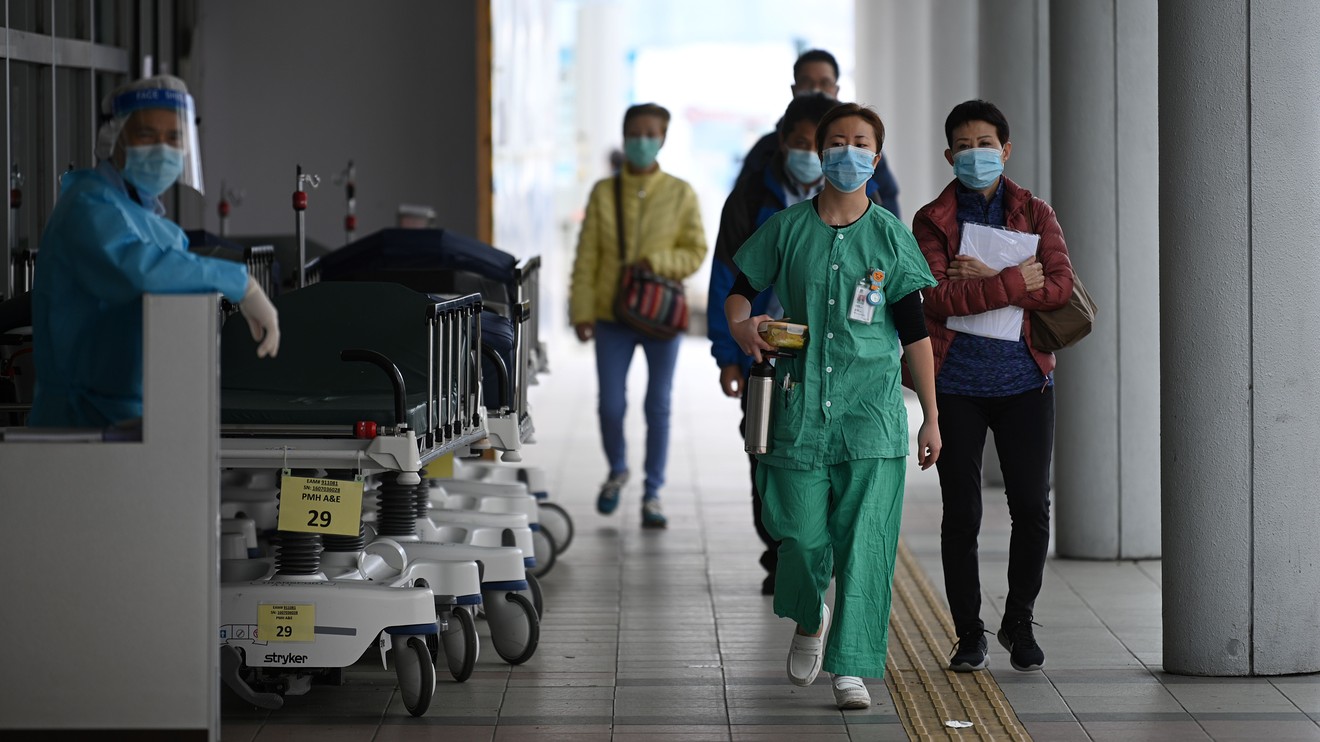 There are now 176 confirmed coronavirus cases in 24 countries, excluding China, according to remarks made Tuesday by Tedros Adhanom Ghebreyesus, director-general of the World Health Organization.

But only 38% of those countries have shared full information about their cases with WHO, Tedros said, before urging them to do so. He also said that travel restrictions created in the wake of the outbreak can lead to “increasing fear and stigma, with little public health benefits.” The U.S. last week said that it would no longer allow entry of most foreign nationals who have been to China in the last 14 days. It is also quarantining all U.S. citizens returning from Wuhan, China, the city considered the epicenter of the outbreak of the novel coronavirus.

About 97% of the deaths occurred in China’s Hubei Province, and 47% of the people who died were in Wuhan, according to comments made by Chinese health officials during the WHO meeting. The majority of those who have died were at least 60 years old (80%) and 75% had an underlying disease.

WHO officials also provided additional details about the people who died as a result of coronavirus infections; deaths tend to occur after 7 to 10 days of treatment and patients are dying of respiratory and multi-organ failure. Officials also said it is possible that more “spillover events,” meaning transmission from animal to human in China, are possible as the animal source has not yet been identified. Outside of China, there are 27 cases of human-to-human transmission in nine countries, officials said.

The novel virus was first identified in December in Wuhan. Since then, the World Health Organization has declared a public health emergency of international concerns, airlines have cut flights to and from China, and some returning U.S. citizens are being quarantined to prevent the spread of the virus.

Analysts for S&P Global predict that the crisis will stabilize in April. “The economic hit for China will be felt most by industries exposed to household spending, especially activities that take place outside the home,” they wrote.

Macao casino operators’ premarket tumble : U.S.-based casino operators with exposure to China fell in premarket trading on Tuesday before recovering to small gains later in the morning after the gambling center of Macau said it was shutting casinos there for two weeks amid concerns over the rapid spread of the coronavirus.

Wynn Resorts Ltd. WYNN, +3.27%  has among the highest China exposure, as the company derived about 75% of total revenue from Macau over the last 12 months, according to estimates based on FactSet’s proprietary algorithm. Its stock is up 2% in trading on Tuesday. Elsewhere, shares of Las Vegas Sands Corp. LVS, +2.52%  also gained 2% and MGM Resorts Ltd. MGM, +3.52%  rallied 2%. The U.S.-listed shares of Hong Kong-based Melco Resorts & Entertainment Ltd. MLCO, +2.67%  was up 0.2%. – Tomi Kilgore

Corporations warn investors about coronavirus fallout: Most companies have stuck to the “it’s too early to tell” line on recent earnings calls; however, some are cautioning about the potential impact.

According to Sony Corp. SNE, +3.77%  CFO Hiroki Totoki, the fallout from the coronavirus slowdown on the company’s manufacturing, sales and supply chain operations could wipe out its revised guidance for 2019.

“The impact could be large enough to eliminate the entire amount of the upward revision,” Totoki said.

BP PLC BP, +4.04%  said current demand for the year is between 300,000 and 500,000 barrels a day, not the 1.2 million it had anticipated for the year. “There is no question coronavirus, I suspect, will impact demand this year,” a BP executive told investors.

Beer maker Carlsberg A/S CARL, +2.87%  said the coronavirus and other concerns are reflected in its guidance. “Almost all night entertainment outlets are closed,” Carlsberg CEO Cees’t Hart told investors. “More than 50% of dining outlets are closed.” Breweries are expected to reopen Feb. 10.

Jewelry retailer Pandora PNDORA, -2.49%  said it’s already struggling in China in 2020 but the virus is presenting other threats. “China is currently also challenged by the coronavirus that have left streets empty and forced store closures,” Pandora CEO Alexander Laxik said. “China is the biggest jewelry market in the world and we’re not going to walk away from this.”

And Royal Caribbean Cruises Ltd. RCL, +1.10%  estimated that cruise cancellations and itinerary modifications as a result of the coronavirus will have a 25-cents-per-share impact on earnings. The company has already canceled eight cruises out of China.

The vaccine, drugmaker rally carries on: Regeneron Pharmaceuticals Inc. REGN, +5.20%  is working with U.S. health agencies to test its technology as a treatment for the coronavirus. The drugmaker’s VelocImmune platform was also used during the Ebola outbreak. Its stock was trading up 3% on Tuesday.

Shares of iBio Inc. IBIO, +69.12%  soared 74% on the news that it’s partnering with Beijing CC-Pharming Ltd. on a plant-based vaccine, while shares of Gilead Sciences Inc. GILD, +1.73%, reportedly conducting human trials in China for its investigational antiviral, are extending Monday’s gain on news, by 1% on Tuesday.