Home
Stocks
Coronavirus update: at least 490 deaths, 350 U.S. citizens arriving from Wuhan, and Nike closes half of its stores in China
Prev Article Next Article
This post was originally published on this site 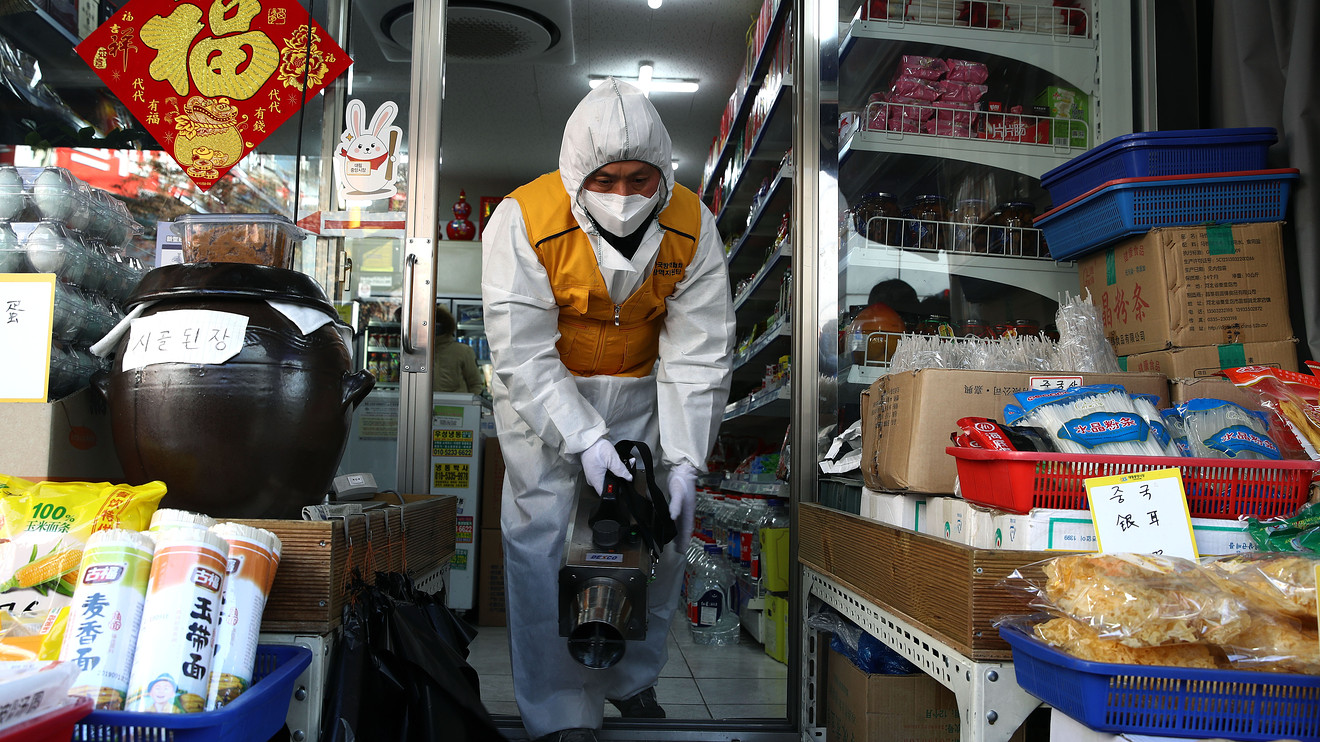 Outside of China, there are 191 cases in 25 countries, according to the World Health Organization (WHO). In the U.S., there are 11 confirmed cases and at least 260 people have been placed under investigation, the Centers for Disease Control and Prevention (CDC) said Monday in their most recent update.

The novel coronavirus first originated in late 2019 in Wuhan, a city in China’s Hubei Province. Since then, the virus has spread to more than two dozen countries, led to at least 490 deaths in China and one in the Philippines, and forced retailers and travel operators with exposure in China to close stores, cancel flights and cruises, and warn investors about the potential financial fallout of the crisis. Thousands of people across the world have been placed in quarantine, including 3,711 guests and crew members on a Princess Cruise ship in Yokohama, Japan, according to a spokesperson for the cruise line. Ten individuals on the Diamond Princess have tested positive for the coronavirus.

Two chartered flights carrying 350 U.S. citizens from Wuhan are expected to arrive Wednesday at Miramar Marine Corps Air Station in San Diego, the Department of Defense said in a statement. The passengers will be quarantined for 14 days.

Last week, the U.S. announced that it would quarantine all returning U.S. citizens returning from Hubei Province for 14 days. At that time, officials had also said they would close the border to foreign nationals who have visited China within the past two weeks, a move that has been criticized by the WHO officials and Chinese authorities.

The ‘race’ for a treatment is likely full of false positives:

• The Food and Drug Administration’s announcement on Tuesday that it granted an emergency use designation to a diagnostic test developed by the CDC should speed up testing, but officials cautioned that a negative test doesn’t preclude an infection and should not be used as the “sole basis” for treatment. The designation allows CDC-designated laboratories across the U.S. to use the test.

• While more data is emerging daily about the virus, there are still few “knowns” about how it behaves. A Jan. 30 letter in the New England Journal of Medicine reporting a case of asymptomatic transmission has been disputed; according to Science magazine, German researchers are now saying that the asymptomatic Chinese patient, who was visiting Germany on a work trip and who had met with colleagues who were later diagnosed with the virus, reportedly wasn’t interviewed for the NEJM piece. She later said she was tired and taking an acetaminophen to lower her fever, indicating symptoms of an infection. The letter had said she didn’t start demonstrating symptoms of the virus until her flight home.

This earnings season is dominated by coronavirus worries:

• If Walt Disney Co.’s DIS, -2.11%  shuttered Shanghai and Hong Kong theme parks remain closed for months, the closures would decrease operating income in the current quarter by a combined $175 million. Disney’s movie-studio business could also take a hit, as movie theaters are closed in China and Disney is preparing to launch the live-action “Mulan” reboot in March.

• Capri Holdings Ltd. CPRI, +7.96%, which operates luxury brands such as Jimmy Choo and Versace, updated its guidance over the impact of the coronavirus on its business, to annual revenue of $5.65 billion and adjusted earnings per share of $4.45 to $4.50. That’s below the FactSet consensus for revenue of $5.78 billion and EPS of $4.87.

• Nike Inc. NKE, -1.78%  issued a news release on Tuesday saying that it has closed about half of its stores in China, while the remaining stores are reporting lower than expected retail traffic. The athletic apparel maker plans to provide an update about the impact of the virus on its third-quarter earnings call.

• Some companies including auto loan lender General Motors Financing Company Inc. and beauty company Coty Inc. COTY, +14.00%  have added the novel coronavirus as a risk factor in their forward-looking statements.

• Hong Kong airline Cathay Pacific Airways is asking its 27,000 employees to take turns in taking three weeks of unpaid leave as it grapples with falling revenue due to the coronavirus outbreak, the Associated Press reported Wednesday, citing a report in the South China Morning Post. The airline has had to cut capacity to mainland China by 90% because of the outbreak. Cathay used similar “special leave” in 2009 and during the 2003 outbreak of SARS, or severe acute respiratory syndrome, which also led to cuts in flights, the AP reported.

A majority of Americans view the coronavirus as ‘a real threat,’ but most think the U.S. government is ‘doing enough’

European stocks climb amid hopes for a breakthrough in fighting coronavirus