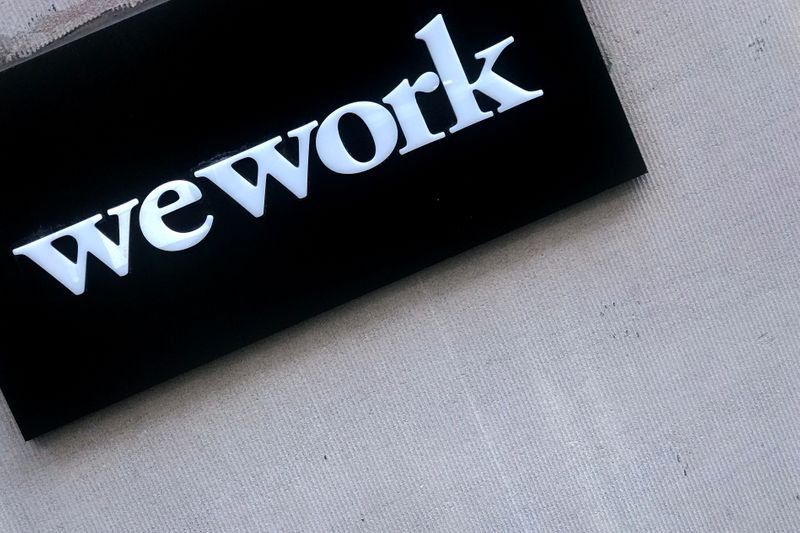 LONDON (IFR) – WeWork has asked to skip millions of pounds of rent payments owed to Spelthorne Borough Council, creating a major headache for the tiny local authority that has borrowed more than £1bn to bet on commercial property.

The request offers a glimpse into both the impact of the coronavirus pandemic and resulting lockdown on the council’s finances and the struggles of WeWork as it wrestles with the same issues.

The beleaguered shared-workspace operator is one of Spelthorne council’s biggest tenants, occupying three floors at 12 Hammersmith Grove, an office building in West London that the council bought two years ago from Aberdeen Standard Investments for £170m. It is one of the authority’s biggest investments.

WeWork has asked the council to waive the next 18 months of rent in exchange for a five-year extension on its lease, according to documents seen by IFR. It is seeking to weather the hit to its business from the pandemic, which has led to a collapse in use of its shared office spaces.

The request would result in £4.5m of lost revenue for the council at a time when its own finances are already under strain due to the pandemic. It is facing additional costs of up to £2m linked to increased spending tackling homelessness, council tax support, burial costs and food distribution.

In a sign of the predicament facing Spelthorne, the council’s property and development manager Nick Cummings has advised council leaders to accept the proposal. It is unclear whether the council has yet made a decision on the WeWork request. Spelthorne Borough Council declined to comment.

“The risk of not providing this tenant some short term assistance on returns for long term gain is potential default of the operations and vacant offices,” Cummings wrote in one of the documents. “In the current market the void period would be lengthy and the council would have significant void costs.”

The request for a grace period on rent from WeWork is the most dramatic sign of stress in Spelthorne’s commercial property empire since its first purchase in 2016. Since then, the council – one of the smallest in the UK – has bought several commercial properties, all financed through debt.

Last month, council leader Ian Harvey told IFR the council had collected 91% of rents owed to it for the March quarter and agreed to reschedule much of the rest. But since then Spelthorne “has had to pro-actively engage with some of its tenants and discuss their cashflow issues”, according to a recent council report.

Spelthorne is particularly exposed to sectors that have been hard hit by the pandemic. Three of its properties have principal tenants in the shared-workspace sector. Two of its office blocks are part of the complex around Heathrow Airport, which is now facing years of subdued demand.

BP (NYSE:BP), which is the council’s biggest single tenant after agreeing a £385m sale-and-leaseback of its Sunbury campus with Spelthorne almost four years ago, has announced plans to cut 10,000 mainly office jobs. BP said it was still working out the process and it was unclear how Sunbury will be affected.

Until now, the council’s commercial property portfolio has provided a steady stream of income that has helped fund public services, boosting the council’s regular sources of income from council tax and business rates and helping offset a fall in grants from central government.

The property portfolio generated £50m of rent last year, more than enough to pay the £35m it costs to service debts taken out to fund the purchases. It used £10m of the surplus to add to its general budget, on top of the £14m it gets from tax, rates and grants, and put the remainder into a rainy-day sinking fund.

“As part of our financial modelling for each property, we have put in significant provisions for a sinking fund to cover void periods,” Harvey told IFR last month. “That sinking fund is over and above the £10m a year that is going into support the normal services of the council.”

As the pandemic has strained Spelthorne’s finances and led to a rise in rent arrears, the council has moved to tap the sinking fund. At an extraordinary meeting last month, the council approved £2.2m of the fund be used, substantially less than the £4.5m initially sought by leaders.

The strains on council finances have also opened up political fissures. Harvey was ousted as Conservative leader earlier this month amid concerns from other councillors over his property strategy and the party lost control of the council for the first time in history after some of its members formed a breakaway group.

He could also lose his role as leader of the council at a vote on Thursday.

The sinking fund should provide the council with a cushion to get through the next couple of years. However, the impact of the pandemic on demand for office space remains to be seen. If rents fall and occupancy rates decline, the council may find it more difficult to service its £1bn of debt.

While some of its offices boast strong tenants on long leases, not all of its properties went into the crisis in the best position. The Charter Building, an office block in Uxbridge that Spelthorne bought for £136m two years ago, was just one-quarter rented out when the virus hit.

Still, the council documents seen by IFR show a hope that things could turn around. Cummings described WeWork as “on a firm financial footing”.

“The tenant is a substantial serviced office operator which has been covered in the press in respect of a recent failed IPO,” he wrote. “The company is on a firm financial footing and is seeking (to) absorb difficulties brought about by the Covid crisis and position itself for long term business.”

But WeWork, which declined to comment, has burnt through billions of dollars, has never made a profit and is engaged in a legal battle with shareholders.

And not all of Spelthorne’s councillors are convinced that waiving WeWork’s rental payments is the right thing to do, with some voicing concern about extending assistance to a company that was already in trouble before the pandemic began, and which could take a brutal hit if current working from home habits persist.

“They are in the crapper and it’s only going to get worse with Covid-19,” said one person close to the situation, who asked not to be identified because the discussions are private. “That’s why it’s crazy for SBC to have possibly given them a £4.5m pass.”