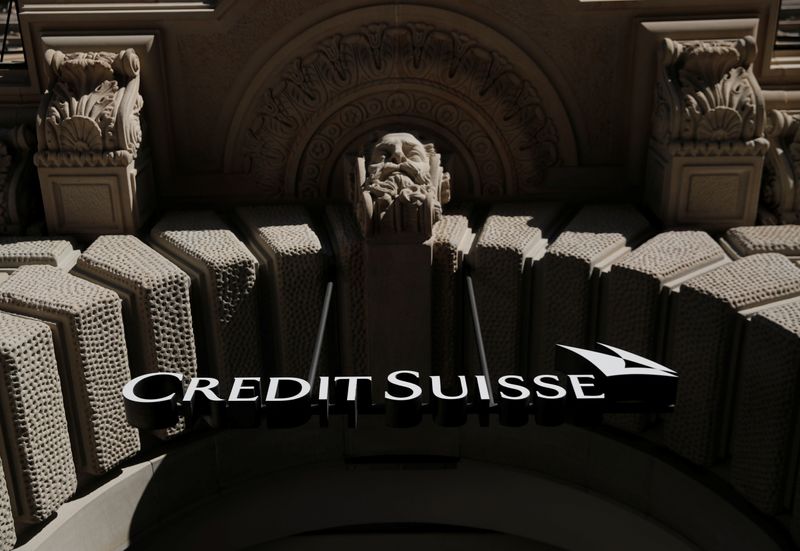 NEW YORK/FRANKFURT (Reuters) – Lawyers for Credit Suisse (S:) last week re-interviewed a former bank executive who said the Swiss lender had her followed in New York, according to a person familiar with the matter, weeks after the company dismissed her allegation as baseless.

Credit Suisse asked lawyers from Zurich-based firm Homburger to speak again to Colleen Graham, who worked in the United States for a joint venture half owned by the bank, about her allegation that she was put under surveillance in July 2017 while in dispute with the bank, the person said.

Two Homburger lawyers met Graham in midtown Manhattan on Jan. 30 and said they had follow-up questions about her surveillance allegations, the source said.

The source declined to be identified due to the sensitivity of the matter.

Reuters could not determine why Credit Suisse questioned Graham again after saying in December it had conducted “thorough and comprehensive internal investigations” into Graham’s allegations and found them to be “entirely baseless”.

Graham was formerly Credit Suisse’s compliance head for the Americas before being selected to co-head a joint venture called Signac. She left the bank in July 2017 after refusing to adopt its position on an accounting issue that she believed was “mistaken”, according to court documents filed with the U.S. Department of Labor.

According to a Nov. 2017 court filing, Graham said Credit Suisse started retaliating against her in March 2017 after the accounting dispute by threatening to fire her, withholding a bonus, and withdrawing a job opportunity.

Investigators did not want to hear from her about the motives for the spying and about a pattern of related misconduct, Kraus said.

Credit Suisse and Homburger declined to comment on whether the firm’s lawyers had been sent by the bank to interview Graham again.

Credit Suisse said that since 2017 Graham had brought several court actions against the bank and others in connection with her former employment and they had been dismissed.

Graham has one pending lawsuit against Credit Suisse for unlawful retaliation under the Sarbanes Oxley Act.

“We are aware that Ms Graham is preparing yet another action against Credit Suisse. As part of their investigation, Homburger has investigated Ms Graham’s report that she had been followed in or around New York on behalf of Credit Suisse. Homburger found no indication that her report is true,” it said.

Homburger said it did not comment on its investigations and noted that Credit Suisse had previously reported that, “we did not find any indications that corroborate Ms Graham’s report that she had been tailed on behalf of Credit Suisse.”

Homburger was hired in September by Credit Suisse to look into allegations the bank spied on former wealth management chief Iqbal Khan, previously one of its most senior executives.

Graham emailed Credit Suisse that month with details of her alleged surveillance and asked it to share the information with Homburger, according to the source.

She separately emailed Homburger that month and discussed the matter with a partner from the law firm on Sept 30.

On Oct. 1, Homburger released a report saying Pierre-Olivier Bouee, the bank’s then chief operating officer and a top lieutenant of Thiam, had ordered surveillance on Khan to see if he was trying to poach Credit Suisse colleagues to join him at UBS. Khan had left Credit Suisse for its crosstown rival over the summer.

In the report, Homburger said “to date, the investigation has not identified any evidence that Credit Suisse had ordered observations of other employees.”

Credit Suisse said Bouee had acted alone and Thiam was unaware of the surveillance. Bouee resigned after taking responsibility for the spying. He has not commented publicly on the scandal and Reuters could not reach him for comment.

Following the internal probe, Thiam called the spying an isolated event. But a second case emerged, when it was revealed in December that the bank had also spied on its former head of human resources, Peter Goerke.

Credit Suisse said Bouee was again to blame in what was a rogue operation.

In their Jan. 30 meeting, the two Homburger lawyers did not

discuss the state of their investigation, but asked Graham details about her alleged surveillance, such as the attire of the woman she said tailed her, and whether she alerted the police, the source said.