Home
Stocks
Cryptos: Bitcoin prices are kicking off 2020 just like they ended 2019 — outperforming the stock market
Prev Article Next Article
This post was originally published on this site 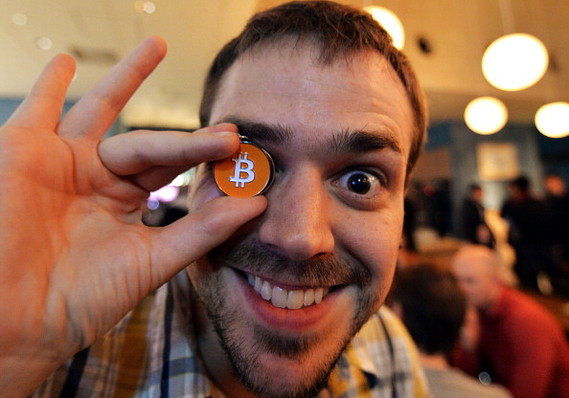 Bitcoin is on the rise

Quick, which asset performed better: a basket of stocks tracking the S&P 500 index or the price of bitcoin?

You would be wrong if you thought the broad index of stocks delivered a return better than the No. 1 digital asset in the world, and wrong again if you figured that the stock market’s strong start to kick off 2020 is outperforming bitcoin’s stellar start to January. 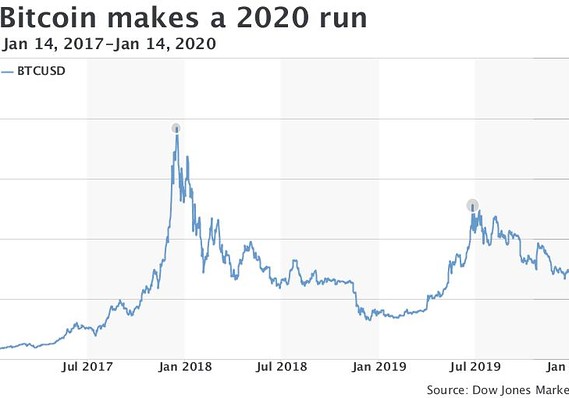 So what’s underpinning moves in the digital asset that tends to draw equal parts wonderment and disdain from Wall Street observers?

Frankly, no one knows but there are a few theories as to why bitcoin’s price is changing hands at $8,920 and headed above its long-term 200-day moving average at $8,519, according to FactSet data.

To be sure, bitcoin is still down from its 2017 peak near $20,000, but bulls are starting to note the assets resilience after the initial fervor surrounding crypto-linked assets like bitcoin and old and new ethereum tokens ETHUSD, +4.76% ETCUSD, -20.65% New ethereum tokens were up nearly 15% on Tuesday and have gained more than 28% in January, while classic ethereum, an older version of ether, was up 22% on the day and has returned more than 48% this year, according to data from the Kraken exchange.

Here area few theories as to why bitcoin and cryptos are on the rise:

Digital currencies continue to garner apparent legitimacy by virtue of new entrants in the nascent realm of blockchain and crypto assets. That includes investors in traditional assets.

Recently, asset manager WisdomTree, which manages some $64 billion, mostly via exchange-traded funds, said it wants to be one of the first to offer its clients access to so-called stable coins, virtual assets that are pegged to fiat currencies like the dollar or euro.

The advent of new derivatives products also is producing some tailwinds for bitcoin and other digital assets.

Options on CME bitcoin futures made their debut for trading for the first time, as of Jan. 13. The new contracts give the buyer the right to buy or sell, but not the obligation, to buy one bitcoin futures contract (equal to five bitcoins) at a predetermined price and time.

Yves Lamoureux, president of macroeconomic research firm Lamoureux & Co., told MarketWatch that he sees intrinsic value for bitcoin at $11,000 and has a year-end 2020 target for the asset at around $16,000. “And retail people do have access to some baskets now such as ETHE ETCG GBTC,” he said.

Since its creation in 2009 by a person (or group) using the name Satoshi Nakamoto, rewards for those who “mine” for bitcoin have decreased periodically. The so-called halving is programmed into the bitcoin network and miners are the linchpin for the decentralized network.

Miners validate, or verify transactions on the network, by solving complex problems with computers and are awarded bitcoin in return, as an incentive for supporting the platform.

However, the reward for mining, which was initially at 50 bitcoin back in 2009 and is currently 12.5 coins, will be reduced further, or halved, to 6.25 some time in May. The last bitcoin will be mined sometime in 2140, when the reward for doing so will be a fraction of a bitcoin known as a Satoshi, or 0.00000001 bitcoin.

It isn’t immediately clear how this will impact the price of bitcoins when it finally happens but some speculate that the development could reduce the number of companies and individuals mining for bitcoin, which, in turn, could underpin values for existing coins.

Some experts have attributed bitcoins gains to turmoil between Iran and the U.S., after the threat of Middle East war erupted, following the killing of Iranian Maj. Gen. Qassem Soleimani. However, those tensions have momentarily died down but assets like bitcoin and gold GCG20, -0.19% may be supported by worries about the heightened chance of outright war.