Home
Market
Day Ahead: Top 3 Things to Watch for Jan. 30
Prev Article Next Article
This post was originally published on this sitehttps://i-invdn-com.akamaized.net/news/LYNXNPEA9M0HQ_M.jpg 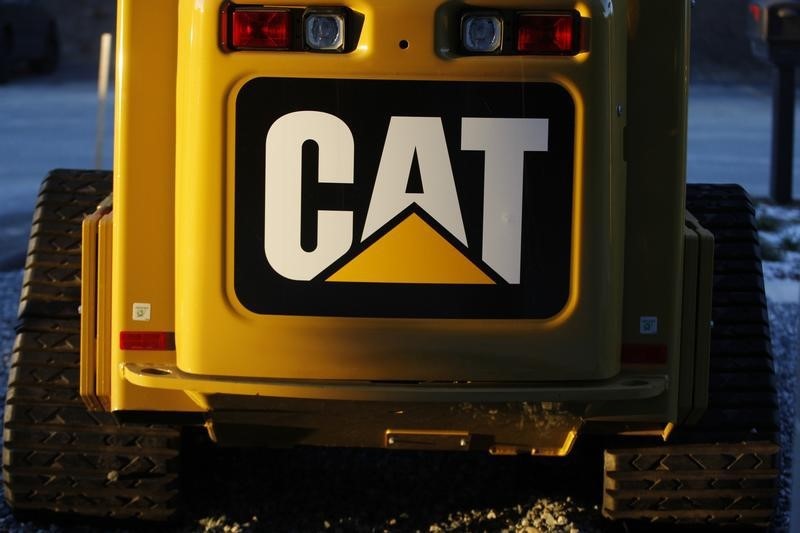 Investing.com – Here are three things that could rock the market tomorrow.

1. Caterpillar, Exxon and Chevron to Report

Tech makes way for energy and industrials in the earnings spotlight on Friday, with all the day’s reports coming before the opening bell.

component Caterpillar (NYSE:) is expected to report a of $2.38 per share on revenue of about $13.5 billion, both down from the year-ago period, according to forecasts compiled by Investing.com.

But investors will likely be much more interested in comments about the current quarter and the impact of the coronavirus.

“The virus could hurt the company’s largest customers, including miners and oil and gas producers, making it further difficult for Cat to deal with its rising inventory levels and pass on some price increases, which it has already planned,” Investing.com analyst Haris Anwar said.

But last week Daiwa Securities upgraded the stock to outperform from neutral, with a price target of $165, saying some unfavorable factors from 2019 like tariffs may “subside or reverse.”

Two oil components will also weigh in with results.

Exxon (NYSE:) is seen reporting quarterly of 48 cents per share on revenue of about $64 billion.

Without some major market-moving tech earnings Friday, Amazon (NASDAQ:) could drive the sector after its blowout postmarket today.

Shares jumped more than 10% in after-hours trading, pushing the price well above $2,000 and on the way to beating its all-time high of $2039.51 if it can hold gains through tomorrow’s close.

As well as beating on the top and bottom lines, Amazon (NASDAQ:) announced it had more than 150 million Amazon Prime customers worldwide.

Growth was led by strong performance in its North American retail business as the rollout of its one-day shipping program boosted sales.

“In a nutshell, this report should be enough to help Amazon (NASDAQ:) stock to break its sluggish cycle and end its underperformance when compared to other tech giants,” Anwar said.

3. Income, Spending and the Fed’s Inflation Favorite on Tap

Personal income and spending will be of most interest on the economic front Friday.

is forecast to have risen 0.3% last month, with posting the same gain, according to economists polled by Investing.com

Both figures would be down from November.

At 10:00 AM ET, the University of Michigan releases its final figure of January , which is expected to stay at its preliminary measure of 99.1.