Home
Market
Debt sales make a comeback after coronavirus shut-down
Prev Article Next Article
This post was originally published on this sitehttps://i-invdn-com.akamaized.net/trkd-images/LYNXMPEG2222F_L.jpg 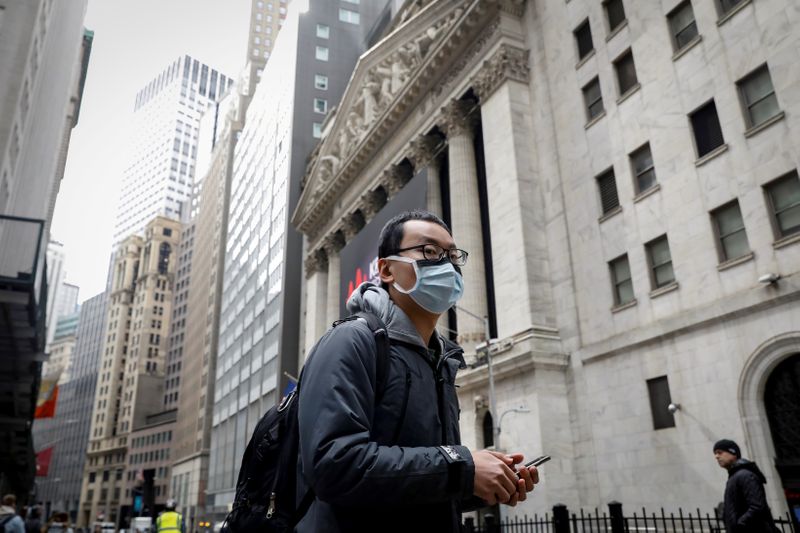 By Yoruk Bahceli and Kate Duguid

LONDON/NEW YORK (Reuters) – Companies took advantage of a window of opportunity on Tuesday to launch debt sales on both sides of the Atlantic, after coronavirus concerns chilled deal markets last week.

Some worried the chance could be a fleeting one, after risk appetite appeared to sour as stocks and bond yields fell on the heels of Tuesday’s emergency rate cut by the Federal Reserve.

The borrowers, who had to put their deals on hold after investor meetings in late February, had to pay 10-15 basis points on top of what they would have paid prior to the coronavirus volatility, bankers said.

The German states of Hessen and Lower Saxony also sold bonds on Monday, alongside a covered bond – the safest type of bank bond – from German lender Commerzbank (DE:).

“Low beta and low exposure names to the [virus] outbreak in Europe and around the world are ideal candidates to come like this and if we see a further stabilization, potentially also on the back of increasing visibility on what the central banks’ reactions will be, it should continue,” said Cem Keltek, credit strategist at Commerzbank in Frankfurt.

“The question we were trying to analyze is whether this is a single-day or multiple-day window. We obviously don’t know right now,” said Andrew Menzies, global co-head of corporate origination at Societe Generale (PA:) in London, citing hopes for central bank stimulus.

Last week, a mere six deals raised just short of 10 billion euros on Europe’s debt capital markets, according to data from Refinitiv IFR, as markets reacted to an acceleration of coronavirus cases outside China.

That was down from an average of 45 billion euros every week this year, according to a Reuters analysis of data from Refinitiv IFR. The U.S. market ground to a similar halt, with no high-yield or investment-grade corporate deals inked in the primary market last week.

While debt market participants are optimistic for the right credits, the situation is more challenging for virus-hit sectors as well as riskier, sub-investment grade and emerging market credits.

“The big test will be some sectors – for example for frequent borrowers, something like autos,” said Rupert Lewis, head of European syndicate at BNP Paribas (PA:) in London, citing the equity market’s reaction to the sector and supply chains reliant on China.

U.S. miner Cleveland Cliffs (N:) has been the only deal to price in U.S. high yield market since Feb. 24. It raised $750 million on Monday after the deal – initially marketed last week for $950 million – was restructured and resized. It is a similar story in Europe, where the last junk issuer to sell a bond was Catalent Pharma Solutions on Feb. 20.

High-yield debt issuers on both sides of the Atlantic had to postpone financings last week.

Compared with the investment-grade market, high-yield issuance “will be a lot slower to return because the equity market isn’t giving them any back boost,” said Andrew Brenner, head of international fixed income at NatAlliance Securities.

A number of emerging market deals have also been put on hold, according to capital markets sources, as debt sales from the sector shrank by more than a half in February compared with the previous month, according to Dealogic.

“Issuers still can place deals but they need to pay some new-issue premium, and in this environment maybe 15-20 basis points on top to place a deal successfully,” said Sergey Dergechev, a fund manager at UBP.