Home
Stocks
Deep Dive: These companies have the most at stake when the world clamps down on plastic pollution
Prev Article Next Article
This post was originally published on this site 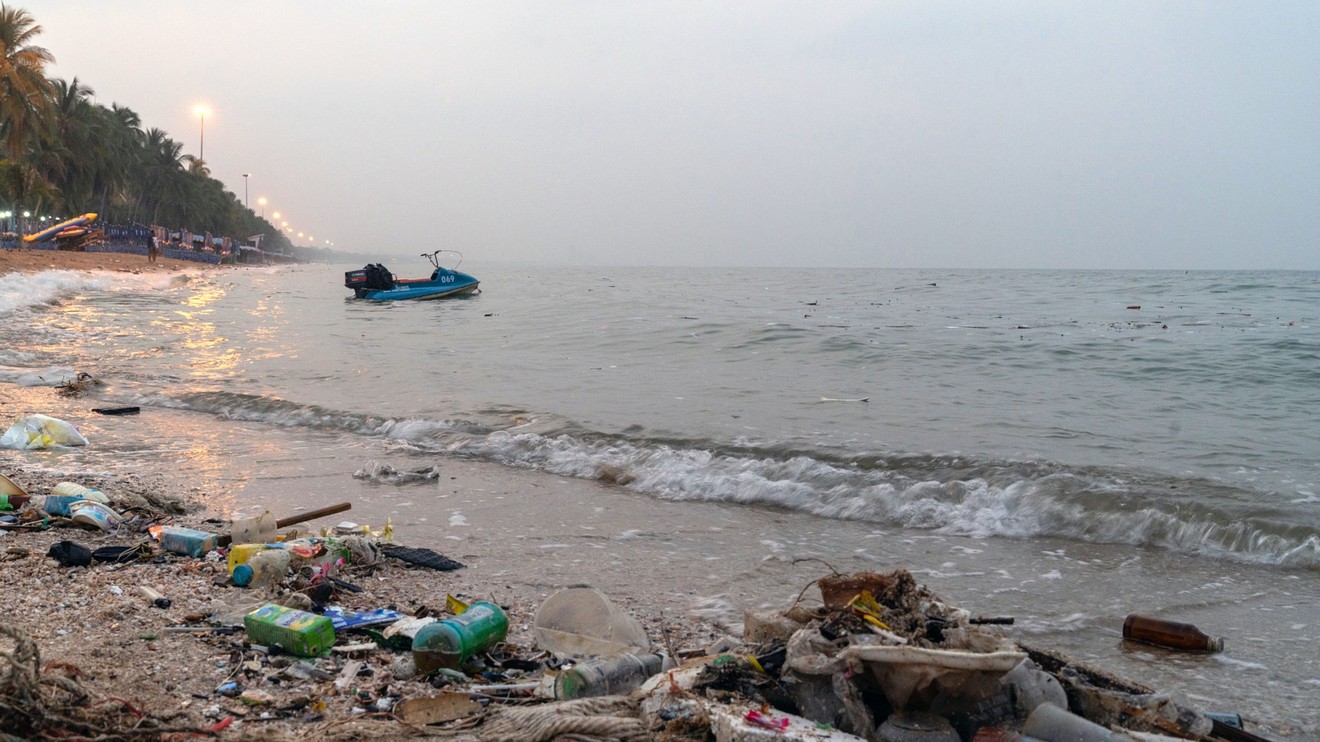 Pollution is a tremendous and complicated problem around the world, requiring a variety of actions by governments, companies and people to clean up waste and reduce harm to the environment.

Analysts at New York-based investment bank Jefferies Group have published a detailed research report describing many approaches to mitigating the plastic-pollution disaster. They highlighted companies that might suffer from narrower profit margins under overlapping pollution-reduction scenarios, as well as those that may benefit from new rules and cleanup programs.

The growth of the plastics industry that led to the disaster illustrated above were summed up in one word a long time ago:

Plastic has been a boon to all of us, making so many things lighter, less expensive and more durable. But the problems of single-use plastics and the incredible amount of plastic waste in the world’s oceans are familiar to most people. It’s only a matter of time before world governments take strong action to reduce pollution and begin the plastic cleanup in earnest. Scores of companies have already signed pledges to reduce their own plastic pollution.

One example is Coca-Cola KO, +0.31%, which has pledged to have bottles through which their beverages are distributed be made of at least 50% recycled plastic by 2030, and to recycle at least one bottle for every one the company sells. Another is Kraft Heinz KHC, -0.17%, which has pledged to have its ketchup bottles made of 100% recycled plastic by 2022.

Just as innovation has solved other dire threats to humanity, it seems likely that new processes will enable people to clean up the oceans, once the political will is summoned.

In the research report published Feb. 3, Jefferies analyst Simon Powell wrote: “Recycling rates in many places are low, and in some markets actually falling, while demand for plastic packaging is rising.”

That’s a recipe for even more pollution, but the widespread knowledge of the growing problem is likely to lead to actions that will affect many companies and their shareholders.

“Across the whole plastics value chain, packaging represents the largest and fastest-growing segment,” according to Powell. “Asia-Pacific is the largest market for plastics, accounting for nearly half the volume, and will continue to grow quickly as consumer spending keeps pace with rising income and wealth.”

China stopped importing other countries’ plastic waste in 2017, which means the world’s plastic recycling has actually declined, while incineration and landfill use has increased.

Powell and a team of Jefferies analysts dug deeply into the advantages and disadvantages of approaches to limiting the production of single-use plastics, and disposal and recycling techniques. They also listed companies that would be affected under four scenarios through which the plastic-pollution problem can be mitigated:

This scenario includes proposed or enacted legislation in many countries. An important example is China’s ban on plastic bags in major cities by the end of this year and all cities by the end of 2022. “Plastic resin used in packaging and, specifically, single-use packaging, is most at risk in terms of future demand,” according to Powell.

The companies with high revenue exposure to affected plastics under Scenario 1, relative to peers, according to the Jefferies analysts, include:

To simplify this scenario, Jefferies has a base case of “hard-line” bans on single-use plastics beginning in 2023 to be “extended globally” by 2020. The analysts see such expected developments as “positive” for these companies:

And “negative” for these companies:

Under this scenario, “collection rates for plastic packaging reach 50% and 10% of all resin demand comes from recycled material,” by 2030, according to the Jefferies team.

Scenario 2 will be positive for these companies, according to the analysts:

The base case here is for pledges made by companies and governments under the “New Plastic Economy Global Commitment” to be implemented by 2030, with new recycling technology used across the world by 2025. The Jefferies analysts expect under this scenario for “recycled content in packaging start to hit 50%.”

The analysts expect this scenario to be positive for these companies:

This scenario envisions a consumer backlash beginning in 2021, causing “new types of retail solutions” to emerge and most consumer products to be sold “without single-use plastic packaging” by 2025.

The Jefferies analysts expect this scenario to be positive for these companies:

Don’t miss: This money manager says growth stocks are still your best play, and he has the math to back it up